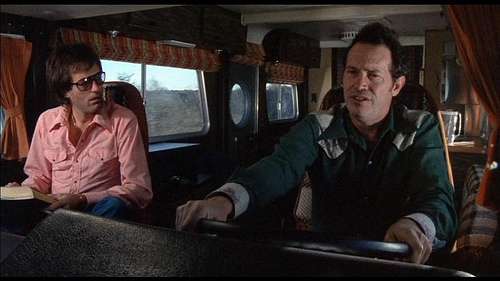 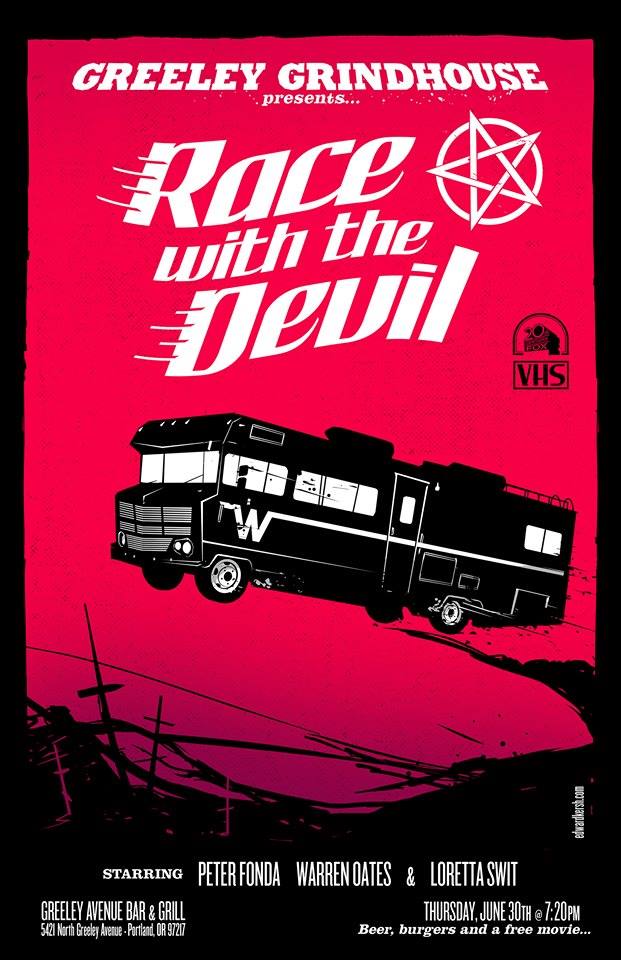 So what should one do if you find yourself under pursuit by a devil cult in an army of souped-up vehicles? Why you try and outrace them in a Winnebago naturally! At least that’s what Peter Fonda, Warren Oates, Loretta Swit, and Lara Parker are forced to do after they witness a satanic ritual murder during a road trip vacation.

RACE WITH THE DEVIL is a wild little thriller that seems to have slipped under the radar over the years, for both horror fans and car chase enthusiasts alike. Well worth a look for fans of both genres. The climatic chase where the cultists commit a full-scale attack on the careening Winnebago predates THE ROAD WARRIOR and its similar tanker chase by seven years. 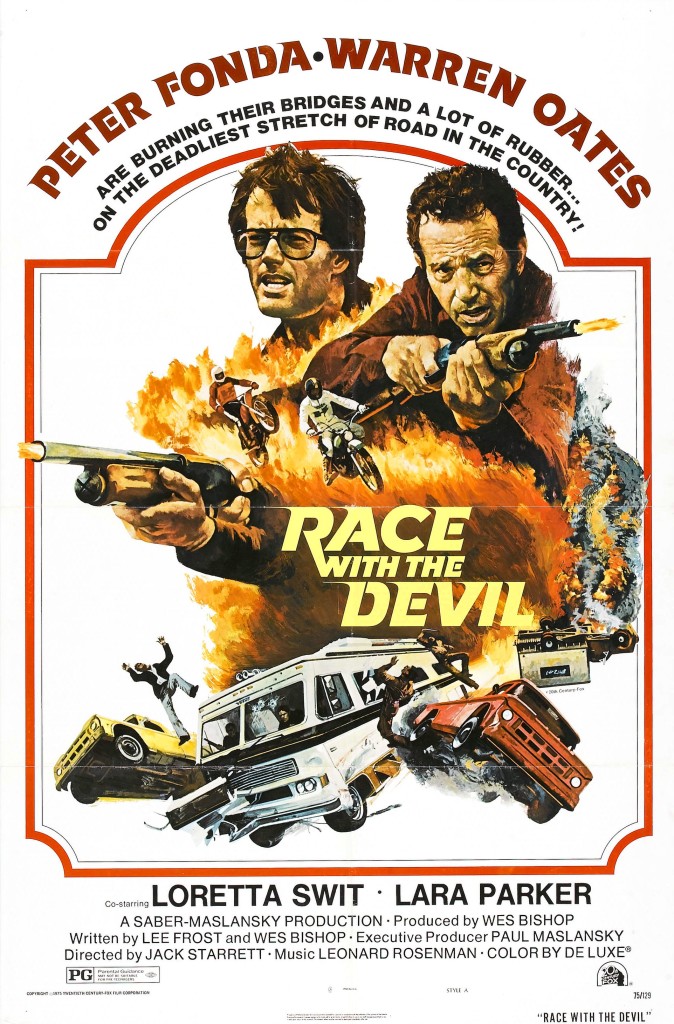 RACE WITH THE DEVIL is playing tonight at the Greeley Avenue Bar & Grill in North Portland. Hurry!