We could all use a good laugh right now. Several shorts in the SXSW 2020 programming did a remarkable job of cracking me up—like BASIC, for example—but few made me smile as much as DADDIO. A mixture of sorrow and silliness that is surreal but oddly grounded, the film packs a lot of emotion, truth, hilarity, and humanity into its short running time. 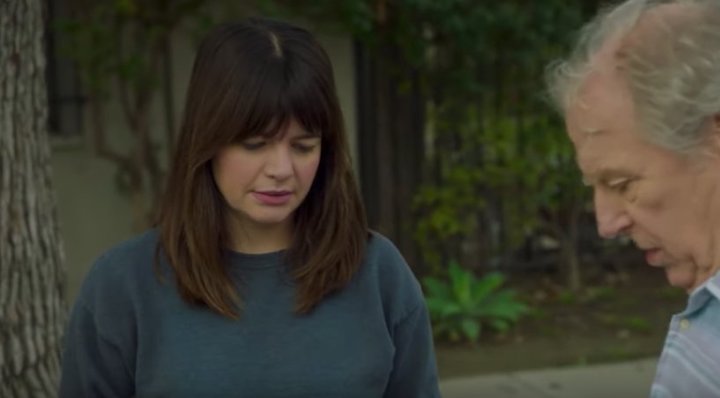 Directed by Casey Wilson (who co-wrote the short with Laura Kindred), DADDIO is a fairly autobiographical look at the tumultuous times the comedic actress (best known for Saturday Night Live, GONE GIRL, Happy Endings, Black Monday, and more) experienced in the wake of her mother’s death. Wilson plays Abby who is grief stricken, often sleeps on the floor of her closet, shirks responsibilities, and has to deal with her ever inappropriate father—played by Michael McKean, who fills his scenes with absurd hilarity.

As truth is often stranger than fiction, Wilson’s father coped with his new widower status in a variety of eccentric ways like getting a perm for the first time to model his hair after President Andrew Jackson and losing any vocal filter he previously possessed.

McKean’s legendary comedic timing fires on all cylinders as the titular “Daddio.” Whether adorning an ’80s tracksuit, Crocs, or bringing beach chairs on a two day vacation to visit his daughter—he shines in bizarre but concurrently natural-seeming ways.

DADDIO had me rolling. Wilson stacked the cast with her real life friends (and frequent collaborators/former Happy Endings co-stars), June Diane Raphael and Adam Pally. Raphael said in an Entertainment Weekly interview that, at times, DADDIO felt almost like a found footage film. Another hilarious production note is that Wilson’s actual father, Paul, volunteered to play himself but this was roundly rejected. 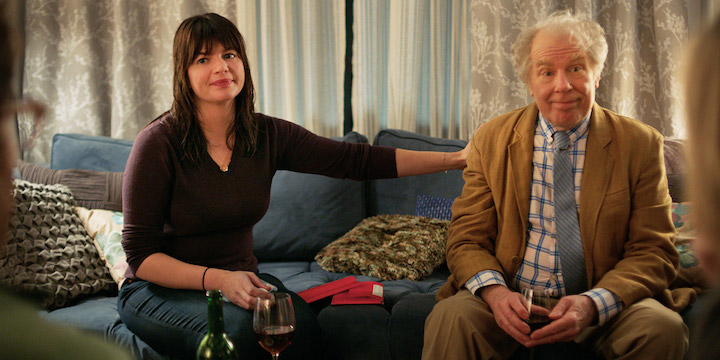 Even those who haven’t dealt with the death of a close loved one can relate to a family member who consistently utters sharp criticisms and has a general lack of decorum. DADDIO brings you on an emotional rollercoaster ride of pain and laughter in a cathartic, genuine, and wonderful directorial debut for Casey Wilson that I hope is a sign of more to come.