Home  ⁄  The Wire  ⁄  IT’S THE DAILY GRINDHOUSE 2018 HORROR ADVENT CALENDAR! ‘KRAMPUS’ IS OUR ELEVENTH FILM OF THE MONTH!

Who doesn’t love an advent calendar? Around the Daily Grindhouse virtual offices, we decided the only way to make the advent calendar better is to replace what you might traditionally find behind the door with Christmas horror movies! So everyday from December 1st through to Christmas, we will be highlighting a different movie for our horror-loving readers to celebrate the season. Our film for Day Eleven is KRAMPUS! 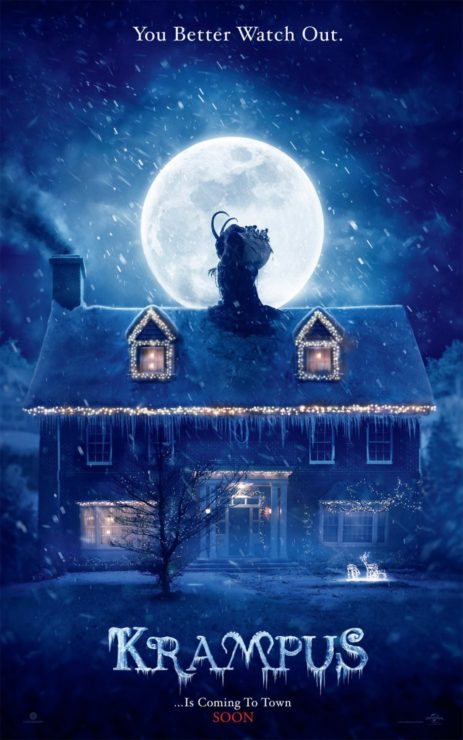 Upon being told about this year’s Horror Advent Calendar, I knew immediately that my heart was set on writing about KRAMPUS. Another instant classic from TRICK ‘R TREAT director Michael Dougherty, KRAMPUS quickly became an essential part of any horror fan’s list of movies to watch during the holidays. I feel a slight hint of shame for saying that, though, because I hadn’t seen it since it was released in theaters in 2015. It doesn’t make a lot of sense for me to have been this excited to write about KRAMPUS if I had only seen it once before, but I remember being completely floored by the film and wanted to revisit it and see if my memory served me right.

KRAMPUS tells the story of a dysfunctional family whose bickering intensifies when Sarah (played by Horror Mom extraordinaire, Toni Collette) is visited by her side of the family for the holidays. Typically well behaved and tender-hearted, Sarah’s son Max (Emjay Anthony) becomes increasingly frustrated when his cousins taunt him for writing a letter to Santa asking that the family get along. Max wishes for them all to disappear, a wish heard by Santa’s vile counterpart, Krampus, who seeks to fulfill Max’s hopes by getting rid of his family one by one. 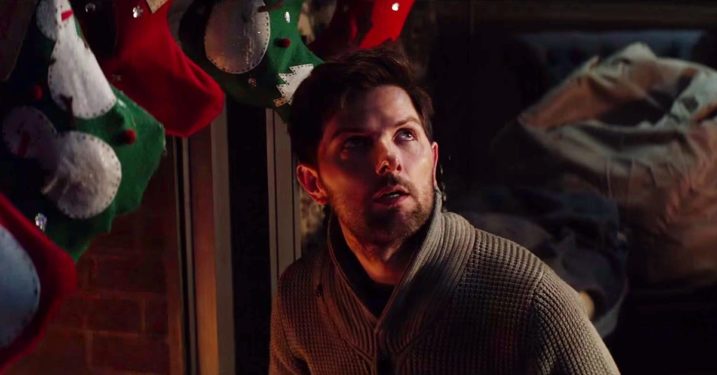 In true Dougherty fashion, KRAMPUS conjures a gleaming warmth with its atmosphere that resonates all throughout the film, not unlike the unexpected coziness that can be felt watching TRICK ‘R TREAT. I know this is a strange thing to say about a film that takes place in the midst of a blizzard, but the film is brimming with glowing candles, christmas lights, and a burning fireplace that generates a surprising sense of comfort and security. In fact, that’s what makes the film so effective.

The contrast between scenes taking place in the frigid outdoors and the ambient, warm glow of home allows the viewer to assume that home is safe, the way it’s supposed to be. There are various instances in which the grandmother, Omi (Krista Stadler), urges the family to “keep the fire hot”—a fire that perpetuates feelings of protection and comfort. When it becomes clear that the family is still prone to being terrorized by Krampus and his minions even inside, the sense of security provided by radiant lights and the ambient fire is revealed as totally deceptive and viewers learn that nowhere is safe. It is then that the fire wanes completely, and the line between the perilous outdoors and the assurance of home and family is obliterated. 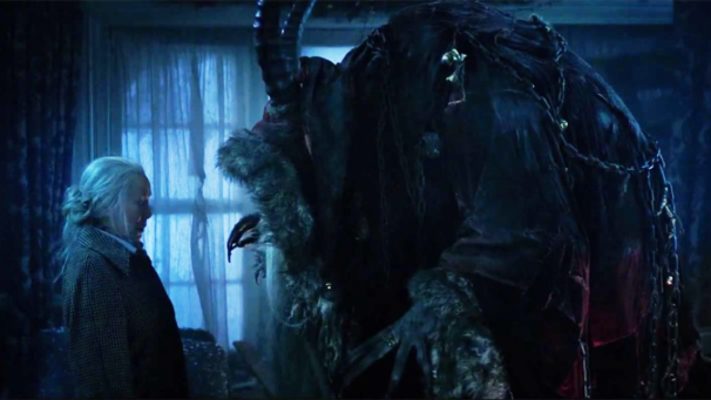 What makes KRAMPUS so special, though, is the way it approaches the horrifying ancient legend. The easier, more conventional story would have made Max a terrible kid belonging to a family of other people we actually liked. That way, when terrible things start happening to them, we are rooting for the family to survive and we are able to justify blaming Max for what has happened. KRAMPUS does the direct inverse of that, portraying Max as a genuinely kind soul who has had a momentary lapse of patience with his awful family and makes a mistake. His family is so aggravating that while it would be wrong to wish terrible things upon them, it is easy to feel little to nothing when they fall victim to Krampus and his clan of CGI gingerbread henchmen.

Instead of despising him, viewers feel an immense sadness for good Max who feels culpable for what is happening and will ultimately end up with no one. I was very confused about why KRAMPUS would approach the story this way, but after discussing it over with fellow DAILY GRINDHOUSE writer Rob Dean, it made a lot more sense. The way he so perfectly put it, when crappy people act in anger or do bad things, it’s par for the course. The true tragedy occurs when those few who are good give up and succumb to their festering resentment. Being human, this is bound to happen from time to time, but in KRAMPUS, Max acted as the last point of hope for the family to make amends. When his hope goes out, it invites the monsters in.

Besides being a wickedly good time, KRAMPUS establishes itself as an instant classic because of the lessons it has the potential to teach. When I first saw the film in 2015, I was really expecting it to be a run of the mill holiday horror film, but I was immediately charmed by its modern telling of a folktale that has been haunting children through the holidays for centuries. It made an appearance on countless end of the year lists because of its eerie appeal, and will continue to have its place in my annual holiday viewings for years to come. 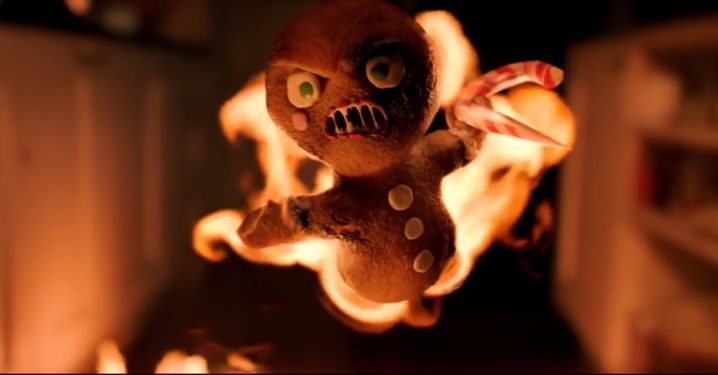