Weekends in October are always great for horror fans, what with the movie marathons, conventions, and Halloween-associated events that fill up your calendar to the point of exhaustion.  But what about the rest of the week?  You can’t just stay in and watch Blu-rays every day?  (Well, you can, but you should get out more.)

Fortunately, if you live in the Chicago area, Daily Grindhouse is here to help.  Every Wednesday in October (save for Halloween itself, because you’ve probably got other plans), intrepid Daily Grindhouse writer Paul Freitag-Fey will be hosting a screening of some of the oddest horror flicks of the ‘70s and ‘80s at Logan Square’s historic Comfort Station.  You’ll be able to embrace Halloween on a weekday in style, with a gleeful crowd of fellow film fans.  And best of all, it’s free!

DEMON WIND: We’re opening our series with a SPLAT!, in the form of DEMON WIND, a staple of video stores in the early ‘90s due to its memorable lenticular cover.  The movie itself is a pretty straightforward EVIL DEAD knockoff – a bunch of kids go to a cabin in the middle of nowhere and get picked off by evil.  But what I love about DEMON WIND that most similar movies lack is its chaotic energy – this thing moves, and is constantly throwing random crap at the audience even if it doesn’t make any sense.  It’s gibberish, but hugely entertaining gibberish that, despite the title, has nothing to do with farts.  It’s also a got a magician!

SOMETIMES AUNT MARTHA DOES DREADFUL THINGS: For our second entry, we move to the wilds of 1970s Florida filmmaking with a tale of two criminals who hide out in the suburbs, with one of them dressed in drag for no particular reason.  A sleazy, inexplicable gem that could only have come out of the Florida scene, SOMETIMES AUNT MARTHA is a crash course in the sort of “what the hell were they thinking” grindhouse fare that the locale produced. 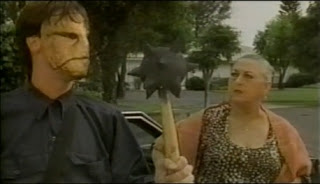 TRUTH OR DARE?: A CRITICAL MADNESS:  “Madness” is right, as this deranged hodgepodge of 16mm horror from director Tim Ritter (who was 18 at the time) slimed its way onto video store shelves in the mid-‘80s and has been a “you have to see it to believe it” cult oddity ever since.  It’s about a fellow that goes nuts and starts forcing people into twisted games of “Truth or Dare,” but that really doesn’t sell the deranged outsider nature of the flick. Not to be confused with the Blumhouse movie that came out earlier this year, TRUTH OR DARE?: A CRITICAL MADNESS spawned four sequels, but seeing the original with a group is a rare, momentous event. 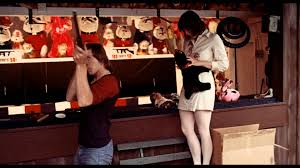 MALATESTA’S CARNIVAL OF BLOOD: We go back to the ‘70s with this one, but take a much trippier, dream-like tone in the sole film directed by Christopher Speeth.  A bizarre, unique regional oddity from Pennsylvania, CARNIVAL finds a family that arrives at the titular event and find themselves in… well, “weirdness” is the best way to put it.  Like a low-rent cross between CARNIVAL OF SOULS and MANOS, HANDS OF FATE, CARNIVAL is a one-of-a-kind psychotronic experience that I’m incredibly happy to be showing to others in a group setting.

And just in case you can’t make it in person…