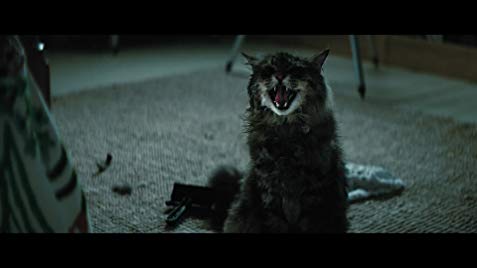 In conjunction with Paramount Pictures, Daily Grindhouse is giving away a 4K UHD Blu-ray of PET SEMATARY (2019) to one (1) lucky winner. The horror remake that’s been hailed as “the stuff of nightmares” (Peter Travers, Rolling Stone) and “flat out terrifying” (Erik Davis, Fandango) hits 4K UHD Blu-ray, Standard Blu-ray, and DVD on July 9. Details on how to enter are below.

First, from the press release:

The Digital, 4K Ultra HD, and Blu-ray releases are packed with over 90 minutes of special features, including hair-raising deleted and extended scenes, a chilling alternate ending, a look at the main characters, behind-the-scenes footage, cast interviews and more. A must-own for every Stephen King fan, PET SEMATARY is a “twisted and bone-chilling” (Meagan Navarro, Bloody Disgusting) thrill ride.

The film also boasts a Dolby Atmos® soundtrack to place and move audio anywhere in the room, including overhead.  In addition, both the 4K Ultra HD and Blu-ray Combo Packs include access to a Digital copy of the film.

Synopsis: After the Creed family relocates from Boston to rural Maine, they soon discover an ancient burial ground hidden deep in the woods near their new home. When tragedy strikes, the grief-stricken father is driven by the cemetery’s sinister power, setting off a perilous chain of events that unleashes an unfathomable evil with horrific consequences.  Some secrets are best left buried in this twisted thriller. 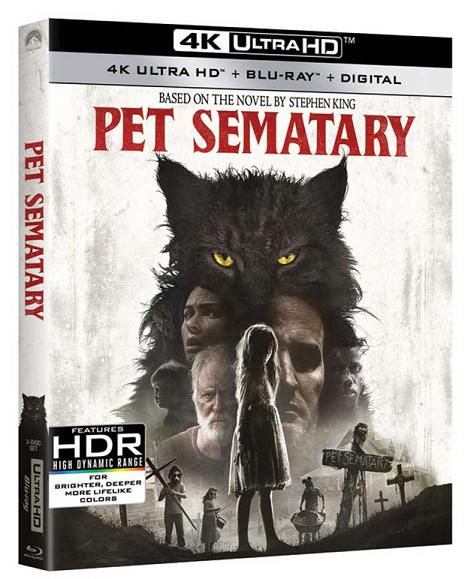 — Tweet the following:  I wanna be buried in the #PetSemataryGiveaway from @DailyGrindhouse!

Rules: No purchase necessary. Contest ends 11:59 p.m. on July 15th, 2019, and is open only to residents of the United States. One winner will be chosen at random and contacted via their social media accounts. Winner forfeits his or her prize if no response is received within 48 hours of initial contact. Blu-ray will be mailed to the winner directly from the distributor. Daily Grindhouse are not responsible for Blu-ray lost or damaged in transit.