On this show, Blake and a guest go through the 1995 movie HEAT, minute by minute. Each episode has a different guest; each episode covers a minute of screentime. The most constant element is the unbridled enthusiasm for HEAT embodied by Blake and by his many distinguished guests.

As so many Daily Grindhouse adventures begin, this one started with Mike Vanderbilt. Mike and I have a lot of different interests between us but one that’s always bonded us is a love of the films of Michael Mann. Mike was a guest on ONE HEAT MINUTE and suggested to Blake that we talk, and I’m grateful to them both. After an earlier appearance, I got to return to talk about my single favorite moment in all of HEAT, which is one of my very favorite films, meaning this is one of my favorite moment in all of movies.

What resulted was a conversation about nothing less than why I love movies so much, and in a calendar year when it’s been tough to summon up much joy, this more than anything has helped me reconnect with my love of film and my passion for expressing it through forums like Daily Grindhouse.

HEAT is 170 minutes long, which means this is a project with a healthy lifespan, but one with a definite endpoint. This July 6th, ONE HEAT MINUTE concludes with its final episode, featuring a very special guest. Mike and I wanted to reach out to Blake, understandably a very busy man, for a few questions about the life of this passion project of his, which has struck such a chord with so many of us. 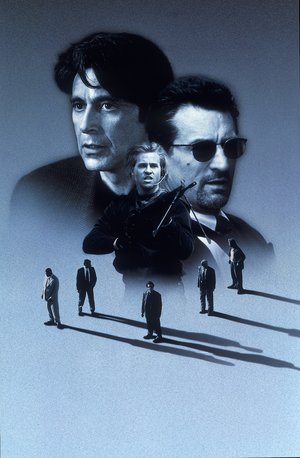 MIKE: When was the first time you saw HEAT? Did it immediately hit you, or did it take multiple viewings?

BLAKE: The first time I recall seeing HEAT, was 1997. My best mate’s reclusive sister was watching it in her room, and I caught the heist scene through a crack in the door. I popped my head through in the midst of the chaos of the opening heist, and by the time I drew breath I was able to croak out, “what. is. this. movie?”

HEAT absolutely did not hit and move me until much later. And I would argue that it’s the distance that you see between your self (past and present) that helps solidify your relationship with it.

JON: What’s your next favorite Michael Mann movie after HEAT?

BLAKE: THE INSIDER. An absolutely undeniable masterpiece, the long lost corporate cousin to New Hollywood/post-Watergate paranoia thrillers from the 1960s/1970s like ALL THE PRESIDENT’S MEN, KLUTE, BLOW-UP, BLOW OUT, THREE DAYS OF THE CONDOR, etc. MIAMI VICE, though, is a hair away at third.

BLAKE: A short list of some of my favourite filmmakers are Francis Ford Coppola, Oliver Stone, Paul Thomas Anderson, Abbas Kiarostami, Quentin Tarantino, Ivan Sen, Sidney Lumet, Martin Scorsese and The Coen Brothers. There are literally countless more that I could mention.

My three favourites besides HEAT, are APOCALYPSE NOW, NO COUNTRY FOR OLD MEN & ALL THE PRESIDENT’S MEN.

I think it fits together like Tubbs and Crockett. HEAT is a transcendent masterwork. An overwhelming symphony, it’s inspirational. My appreciation and awe of it makes me want to lift in everything I do. 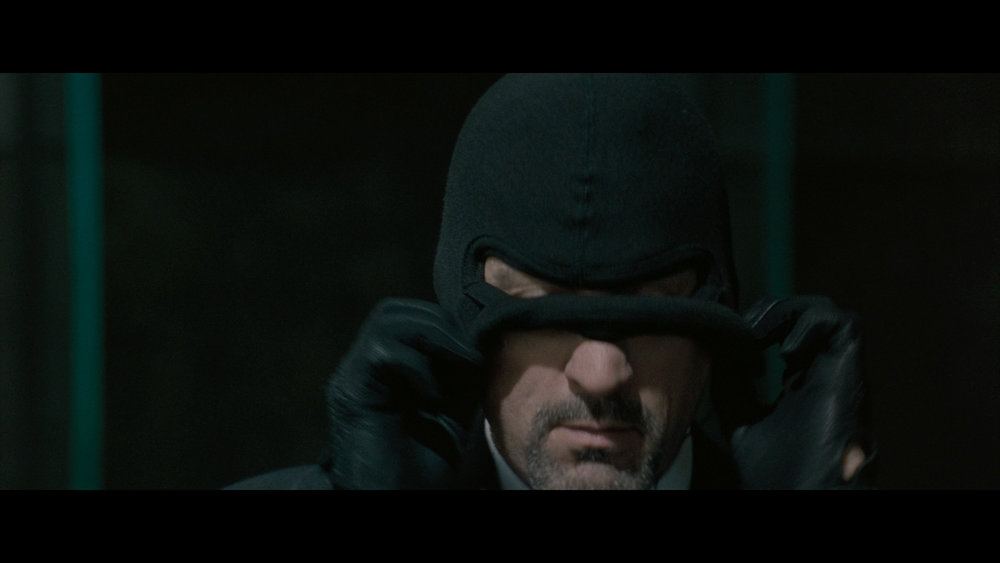 JON: Where did you first get the idea for this brilliant endeavor?

BLAKE: Sitting with friends and critical minds Stu Coote and Garth Franklin and swilling a lot of rum. I was pitching a cavalcade of terrible ideas what endeavour I was going to pursue next. After Stu chided me with a chant of “what do YOU want to do?!” There was an awakening. “I just want to talk about HEAT every fucking day.” He said, “I’d listen to that.” HEAT as the topic. The format, which was tried and true (Star Wars Minute blazed the trail), fit.  The rest is history.

MIKE: What is it about HEAT that speaks to you? There’s any number of movies you could have chosen for this podcast. Why this one?

BLAKE: It would have been possible for me to choose any number of great films, that’s truth. But for me, in all honestly, there’s only HEAT. It demands revisiting. It’s the movie I’ve turned to more than any other. I simply don’t believe that many films have what it takes to stand up to this level of scrutiny. And for me to spend circa 130 hours unpacking almost every frame, performance, formal decision, location, the love has to be unconditional.

JON: How did you stick with it? Obviously there’s a lot of enthusiasm for it, but it had to have been a lot of work!

BLAKE: I think I answered this with the previous question. HAHAHA!

JON: Talk a little about how you got some of your amazing guests, such as Bill Duke, Dante Spinotti, the late Pasquale Buba, and of course, Michael Mann.

BLAKE: Getting those amazing guests, like you two gentlemen, was purely driven out of the show organically growing an extremely passionate and supportive following and growing the show’s network. I would not have spoken to Mr. Duke, Mr. Spinotti, Mr. Buba (may he rest in peace) or Mr. Mann if I didn’t have people like filmmaker and friend Joe Lynch, incredible writer and editor Bilge Ebiri, recovering journalist Kris Tapley, and so many, many more who emphatically endorsed the show and elevated it to something that was worthy of consideration from those great people.

MIKE: Are there any new moments you noticed in HEAT while going over it minute by minute?

BLAKE: Countless. I was constantly taken with seeing the film through the eyes of my incredible guests. 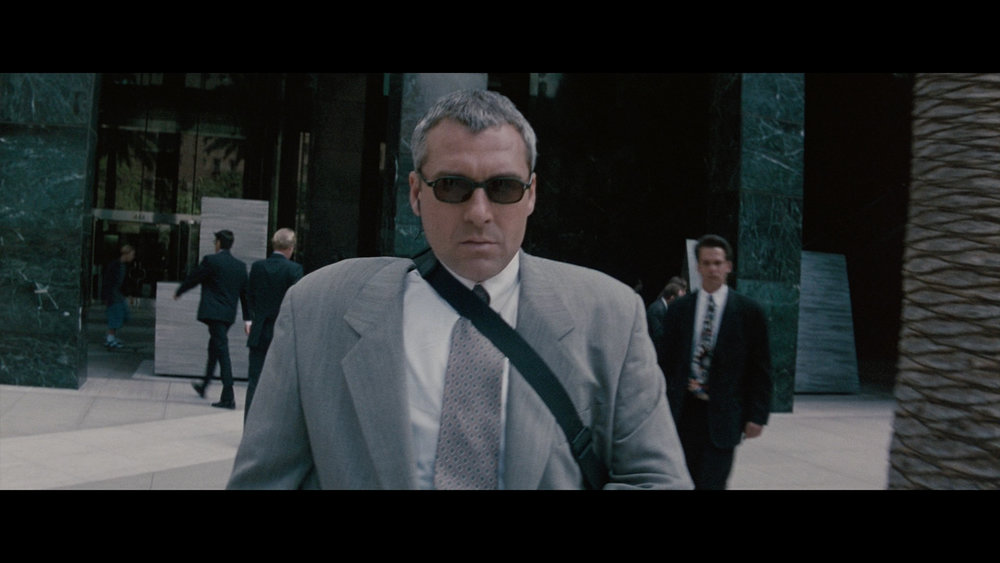 JON: What is YOUR favorite minute in the movie HEAT?

BLAKE: I think that I would have to say minute 165/166, the final minutes (pre credits) of the film. Those moments carry the exponential weight of all that precede. They destroy me every time.

JON: We’re not about to make you think about doing another project of this scope (INSIDE THE INSIDER? MANHUNTER BY THE MINUTE? NIGHT OF THE KEEPS?), but is there anything coming down the line from you which we can tell our readers to eagerly anticipate?

BLAKE: There’s are two larger projects (a film and a TV project) I have on the horizon. Both are a little too undercooked to announce, so there’s a tease.

But in the short term, I’m working on a project with my dear friend Maria Lewis (a novelist, journalist, movie-loving badass) on a short six-episode podcast series called Josie and the PodCats. The podcast looks at different elements of the 2001 film, including the Archie Comics origins, development, production, legacy, and, of course, the music. 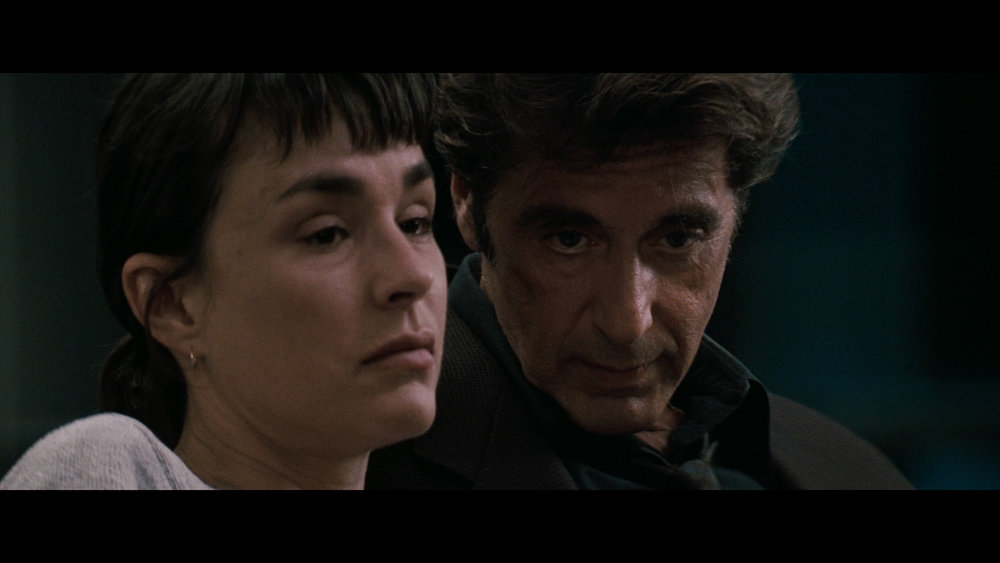 Blake, thank you again for all your hard work and for letting us be a small part of your big success. 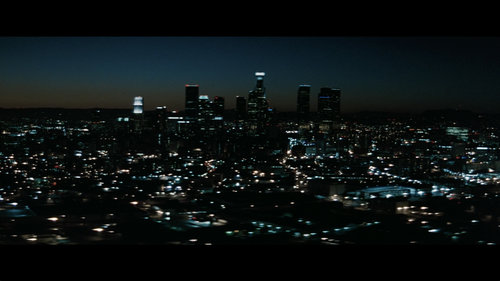