On the heels of a wildly successful set of screenings, and an award for Best On-Screen Kill at Cinepocalypse 2019,  for their short film Brutal Realty Inc., writer Joseph Mueller, director Erik Boccio, and principal actor London May sat down for a short roundtable about creating short horror, black metal, crowd work, and one of the most divisive horror questions in history.

Daily Grindhouse: How did the idea of an infernal black metal drummer turned real estate mogul come to be?

Joseph Mueller: London sent me some clips he had made of the Summoner, a character of his own creation. The videos were mostly music/horror-focused, but I thought there was something inherently comedic about a demonic metal drummer. I love absurdism, so I got to thinking of what could make a silly situation even funnier. What if an activity that’s usually done out of passion became corporate and monotonous? What if playing the drums was this character’s 9-to-5 job, and he hated it? If that were the case, wouldn’t his dream job be the opposite of a badass music career? So what’s the most soul-crushing, boring job I could imagine? Selling real estate.

How was the real-life crowd interaction character of The Summoner envisioned and molded? Is it difficult to stay in character at events?

London May: When I was a kid, I was obsessed with HG Wells, and when the 1977 version of ISLAND OF DR. MOREAU came to my town, they promoted it by actually having local actors get dressed up like animal monsters and then put them on display in the local zoo. Obviously this blew my fucking mind and now appearing at festivals and events as The Summoner is an homage to that old-school carnival type of promotion. I really wanted to go that extra mile to excite people the same way I felt as a kid. I really live to entertain — and since I’m pretty boring and shy and serious in real life, any chance I can be someone else, I take it. It’s actually way easier to be The Summoner, and honestly sometimes it’s hard to go back to being just me — many times at home I will catch myself slipping into character by accident. I think my girlfriend (and probably even my dogs) are so tired of me growling and telling bad jokes.

At the end of the short film there’s a stinger saying The Summoner will return. Was Brutal Realty Inc. always envisioned as a series of short films? A short film to gauge interest for a full length? A full length that had to be cut down?

Erik Boccio: Brutal Realty started as pure fun. Let’s make a short based on this demonic yet lovable character. As the project grew, the killings got more intense, the jokes got funnier and so many talented people were involved, it was obvious this needed to be something bigger. Once we saw the first cut, we were dead set on making this story into a feature-length film. The world needs more of the Summoner!!

That said, what could be next for The Summoner now that his dream is seemingly achieved?

Joseph: The Summoner has a lot on his plate. He’s trying to expand his business into new profitable markets (Brutal Sirloin Steaks, anyone?), retain creative control during the filming of his upcoming biopic, and… solve crimes with a talking dog? Only Sundays at 9:00!

What are some of the biggest challenges involved in doing short narratives?

Erik: The biggest challenge with a short is that you have to tell a satisfying story in a minimal amount of time. You can’t waste time on character development or backstory, but it also needs to make sense and have a pay off in the end. If you watch Brutal Realty, it’s just long enough to make you fall for the Summoner, bust out a few laughs and kill a lot of people. And despite the violence, gore, and dad jokes, it wraps up with a heart-felt message that may even bring a tear to the toughest of eyes. 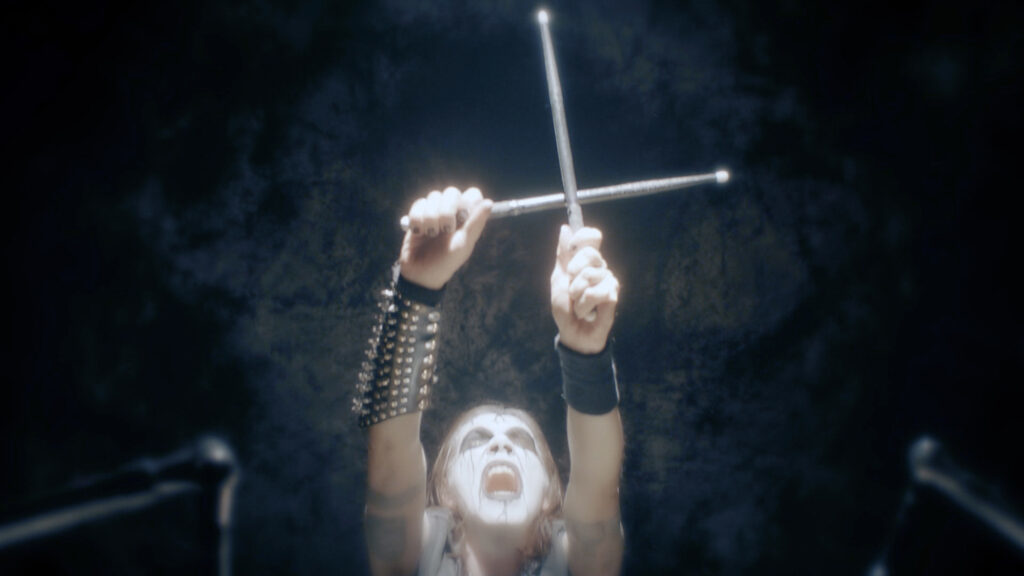 Has your musical/performance background been an asset in your foray into film? What drew you to film in the first place?

London: Thinking back now, I believe that acting helped my music career first! I was a child actor doing plays before I was in a band ,and I got comfortable being on stage at a young age. And that love of theater and theatrics carried over, and I always aspired to “put on a show” with my all my bands instead of just playing some songs. I’m sure this was irritating to most everyone else I played with —  but it wasn’t until I joined Samhain that both of these worlds truly merged.

Over the years I have gotten to revisit that special band, but in-between I’ve had to mostly rely on acting to scratch that theatrical itch since few bands have come close. But playing for awhile in the Black Metal band Ritual really energized me again with the corpse paint and fog machines and blast beats and it was the closest thing to another theatrical band- and that’s where The Summoner character was born— and then in reverse, I brought my music world into my acting world! I started doing little cameo acting roles as The Summoner. Before he became a real estate agent in Brutal Realty, Inc., The Summoner actually played an obnoxious talk show band leader and even sang show tunes. Those absurd bits finally grew into Erik’s offer for The Summoner to do a starring role, and thus Joseph was brought in to write it. Besides the high-volume absurdity and gore and laughs, I really connected on a deeper level with the whole David vs. Goliath theme in Brutal Realty. I was bullied as a kid, so the chance to finally kick back against the pricks was a real bonus.

How did you get into horror and what about the genre keeps it fresh and close to your heart?

Joseph: When I was six years old, my father put on the classic Universal monster movies and watched them with me. There was something magical about seeing these creepy (but sometimes sympathetic) creatures on film, and that led to a lifelong obsession with horror. I love to be scared, but I’ve become desensitized to a lot of content over the years. It’s always a thrill to find a new book, film, comic or game that takes you off guard and shakes you to the core, and that search is what makes the genre so exciting. Furthermore, horror has such a devoted community and diverse fan base; different people across the world may be complete strangers, but if they love the horror genre, you’ll have a shared experience that few can match. Horror, much like comedy (or STAR WARS), is a universal language, and there’s something incredibly beautiful about that.

Do you guys know people personally in real estate? If so, what did they think of the short film and how did they potentially inspire or inform the narrative?

London: Being homeowners in LA, Erik and I both have had some pretty interesting interactions with real estate agents. Not all bad, but certainly not all good! But most of my research for this role was done mainly through realty-themed podcasts and YouTube videos (probably what The Summoner would do as well!)

After a few articles about Brutal Realty came out and the trailer was released, I was actually contacted by a real estate agent here in LA. She loved the concept and was excited that someone had made a movie about realtors. She hasn’t seen the entire film, but we have talked about doing a private “realtors only” screening at her office. We are very flattered, but actual realtors were never our intended demographic so I hope they get it. It would be like showing NAKED GUN to a bunch of hardened detectives. I’m half expecting to be tossed out after the movie, but she assures me they will enjoy it. Of course, I plan to film the whole event to capture their reactions. Stay tuned!

How does it feel to have won Best Short-Film Kill at Cinepocalypse 2019?

Erik: In my extremely humble opinion, we could not have received any higher honor than winning “Best Kill” at Cineapocalypse. In the spirit of EVIL DEAD, RE-ANIMATOR, and DEAD ALIVE=… my number-one goal was to go big with the practical kills, leaving the audience with one sweet (and bloody) memory, and this proves we did just that!

Joseph: Freddy all the way. Jason may be entertaining to watch, but Freddy is terrifying. The fact that he kills you in your dreams is the stuff of literal nightmares. You’re never safe, and that idea led to more than one sleepless night for me and countless others. In terms of story, the visually haunting character design, Robert Englund’s acting… it’s no contest. Freddy kills it every time.

Erik: As a kid, I would have chosen Freddy in a heartbeat. He’s wicked, he’s omnipotent and he’s funny as hell. But the older I get, I gotta lean towards Jason. He’s as real as it gets and does not fuck around. He’s a living fantasy. Hack the heads off teenage girls and put ‘em on my wall!

London: 100% Jason! I love Freddy too, but there’s something about Jason’s OG backstory about a neglected kid just connects with me more — and I like a driven character who gets straight to the point! 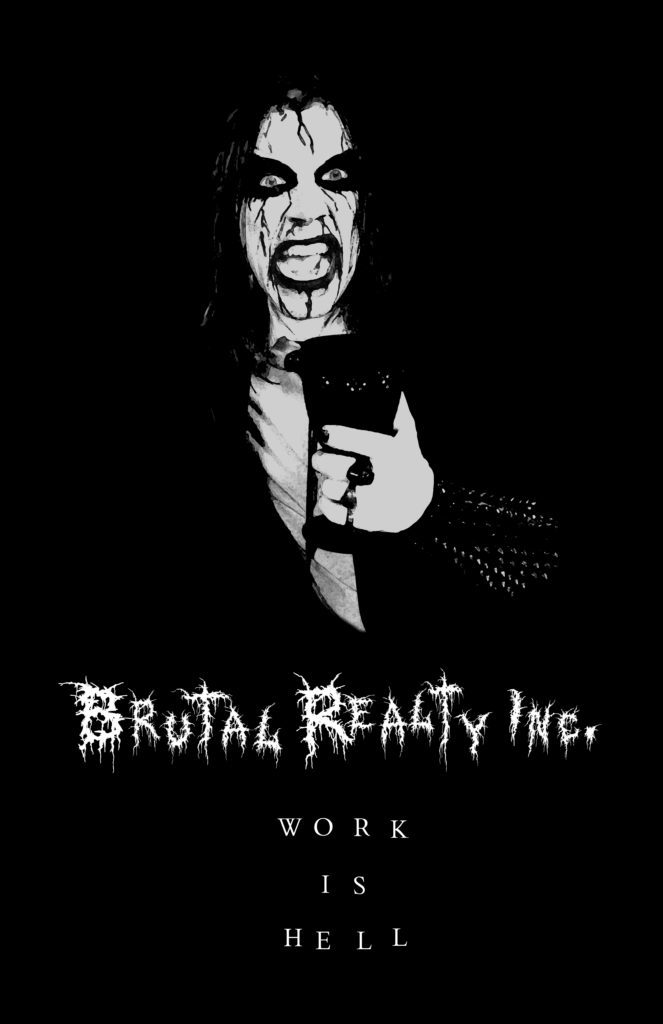