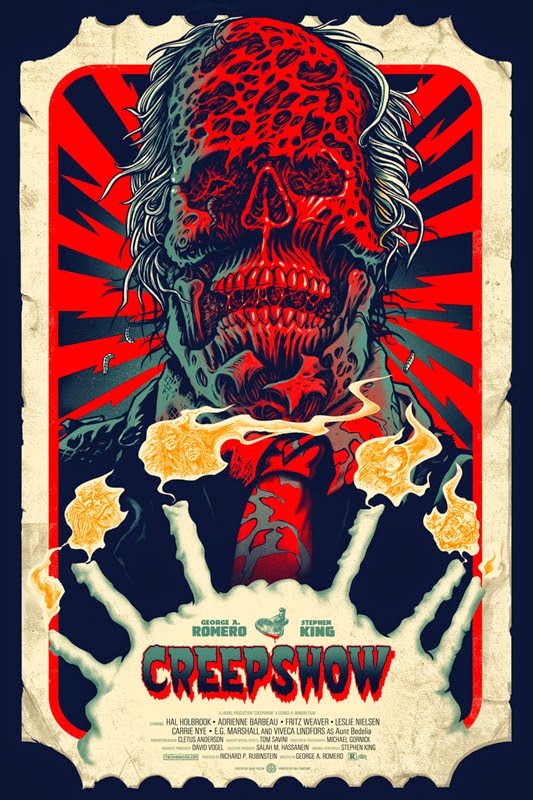 Chicagoland is known for many things. Among others: its food, its architecture, its music, and its die-hard horror fans. It’s that time of year again, Chicago’s #1 horror convention is coming up fast. DAYS OF THE DEAD: CHICAGO 2017 will be held at Chicago Schaumburg Marriott (50 N. Martingale Rd. Schaumburg IL 60173) November 17-19. Every year, I think there is no way the organizers of this epic event can make it even more incredible than the year before, and every year, I’m proven wrong. I’ve been going to DAYS OF THE DEAD: CHICAGO since it began, and I’ve had the pleasure of seeing it blossom into its full horror nerd awesomeness!

Thanks to DAYS OF THE DEAD: CHICAGO, I’ve met some of my favorite genre celebrities. This year is another kick-ass line up. Some of the guest lists have included actor Sean Astin (THE STRAIN, LORD OF THE RINGS), actress Fairuza Balk (THE CRAFT, RETURN TO OZ), veteran rock legend Dee Snider (TWISTED SISTER, STRANGELAND), the HELLRAISER reunion featuring Doug Bradley (Pinhead), Simon Bamford (Butterball), Barbie Wilde (Female Cenobite), andAndrew Robinson (Larry).  For all you STAR WARS fans, actor Jeremy Bulloch (Boba Fett) will be doing a photo op in full costume. As if all the guests and photo ops weren’t enough, the excitement continues with a tattoo contest, a costume contest, movie marathon, a dance party, a karaoke contest, a make up FX contest, and so much more.

The anticipation of DAYS OF THE DEAD: CHICAGO has my head spinning. November 17-19th can’t come soon enough. I was lucky enough to chat with my friend, and one of the guests, world-renowned horror artist, Gary Pullin (RUE MORGUE,WAXWORK RECORDS, MONDO). 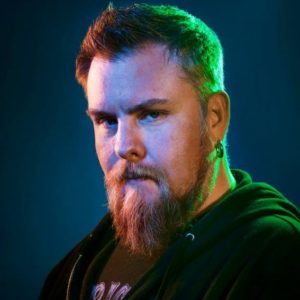 Daily Grindhouse: I’ve been a big fan of yours for a long time. For those not as familiar with your work, could you tell us a little history about yourself and your work?

Gary Pullin: Thanks a lot. Well, I’m a huge horror fan from Ontario, Canada that was always drawing monsters and villains when I was a kid. I listened to heavy metal, collected horror magazines, and read Stephen King. I couldn’t get enough! At some point in my early 20s, I went to college for graphic design and advertising, and after I graduated, I landed a commercial design job in Toronto at a well known design firm. At the same time, I met the folks at RUE MORGUE, I was blown away to find out it was published in Toronto and wanted to get involved. After meeting them, I started doing some artwork for whatever they needed, and volunteered at all of their screenings and events. I was meeting other people in the horror community, and before I knew it, RUE MORGUE hired me full-time to be their art director. I wanted RUE MORGUE to stand out from the competition, so I illustrated many of their covers and created their brand that they still use to this day. I ran the art department there, and it was a dream job, but after about 13 years, I felt it was time to leave and start my own freelance company. Now I spend my time creating poster art for old and new films, and creating packaging art for vinyl soundtracks with the likes of MONDO, GREYMATTER ART, WAXWORK RECORDS and DEATH WALTZ RECORDING COMPANY. I’ve never worked harder in my life, but luckily, I’m able to still live my dream, creating art for my favorite films and scores. I also do more and more cons each year. It’s been an incredible journey so far.

Daily Grindhouse: If I’m correct, this is your third year in a row being a guest at DAYS OF THE DEAD: CHICAGO, and it’s always amazing to see you. What is it that keeps bringing you back?

Gary Pullin: I’ll be here as long as they want to have me! The organizers are hardworking and passionate folks and it really shows. The fans in Chicago are awesome and I really just have a great time there. It helps that I’m busy at the booth too.

Daily Grindhouse: There are so many horror conventions around the world — what is it that you feel sets DAYS OF THE DEAD: CHICAGO apart from others?

Gary Pullin: DAYS OF THE DEAD has a really great community vibe and I think they have a cool mix of horror guests, musicians and one of a kind vendors. There’s some great panels in the tent too and those are not to be missed.

Daily Grindhouse: Besides being a guest, you’re also a horror fan. Who have been some of your favorite people to meet at the DAYS OF THE DEAD conventions?

Gary Pullin: I’m a massive Alice Cooper fan, so getting to see him again and catching his Q&A at DAYS OF THE DEAD was killer. I got to chat with Elvira one year when the DAYS guys put my table right next to hers, so that was a real treat and it’s always great catching up with Bill Moseley too. I’m a fan of many of the guests they book, so yeah, it’s always a thrill for me to rub elbows with some of them.

Daily Grindhouse: Seems like every year you come with some exclusive merch specifically created for DAYS OF THE DEAD: CHICAGO. Any special surprises we can expect from you this year?

Gary Pullin: Yes, I’ve got a new DAYS OF THE DEAD exclusive design that we’ll be premiering at the show. Keep you eyes out for that on their Facebook page and website. You can expect to see it as a limited edition show poster and an exclusive t-shirt design. I’ll also be bringing some very rare MONDO and GREY MATTER posters, vinyl records and some brand new GHOULISH merch, only available at my table. OH, and I’ll be handing out some exclusive freebies with a very special announcement. It’s something I’ve been working on all year long and I can’t wait for people to hear about it.

Daily Grindhouse: DAYS OF THE DEAD: CHICAGO is known for its crazy parties. Do you take part in any of the contests, parties, or karaoke madness?

Gary Pullin: Yes I do. I love talking to fellow horror fans so if you see me, feel free to come up and say hi. I was asked to be a judge for the Chaostume Contest this year, so I’m really looking forward to that. When I’m not at my booth, I’ll be partaking in all of the parties and fiendish fun that DAYS OF THE DEAD has to offer. They say that DAYS OF THE DEAD is where horror comes to party, and believe me, they live up to it.

Gary Pullin: Yeah, I can’t wait to come down in November and see all my friends there and I hope people come by my booth to check out all the new artwork. Let’s party with the dead! 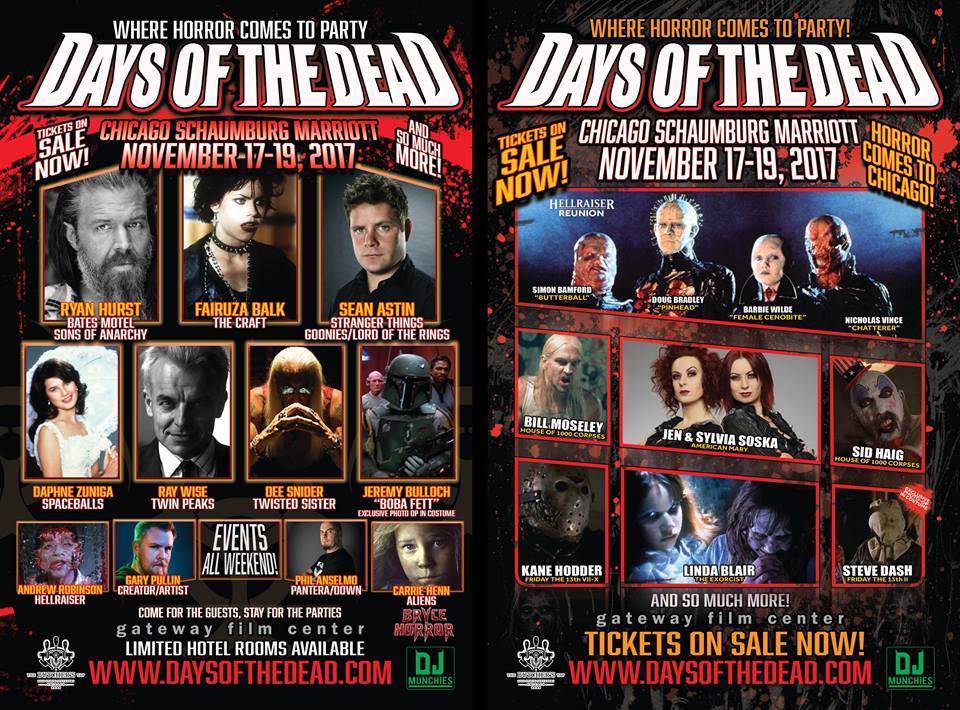 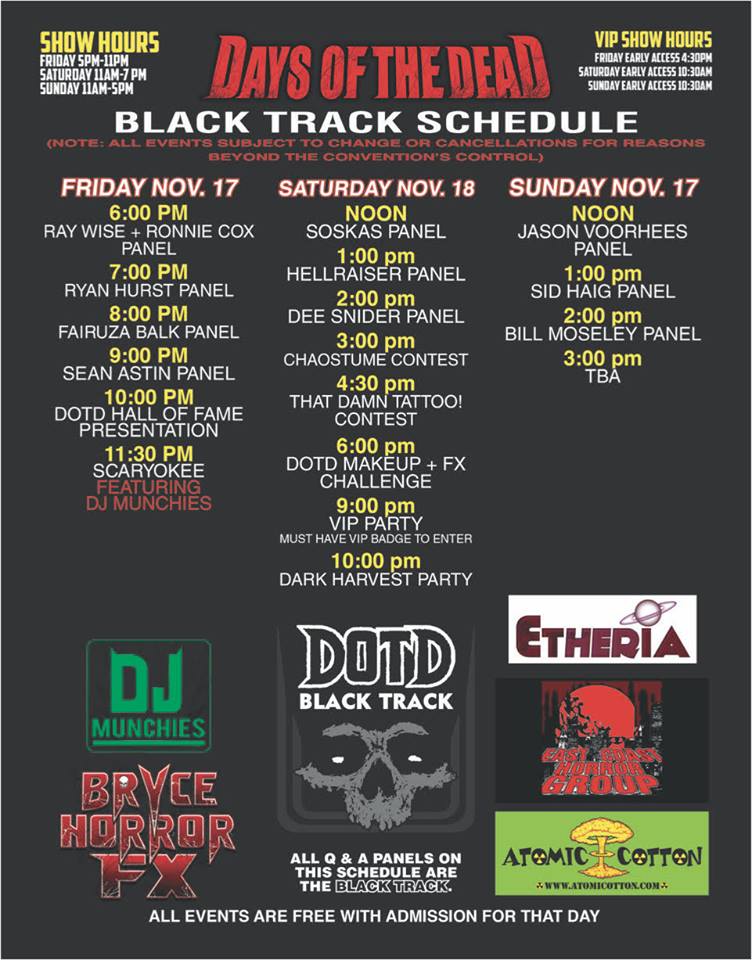