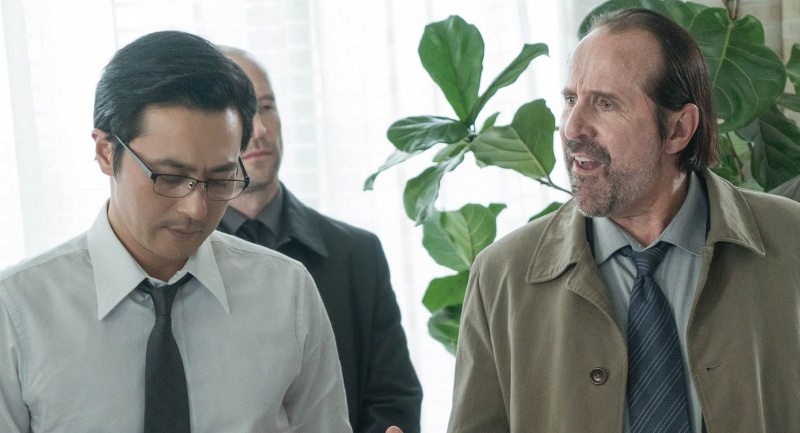 In North Korea, Gwang-il (Lee Jong-suk) and his cohorts rape, torture, and murder a young woman and kill her family as well. They’re quickly captured, but just as quickly set free–Gwang-il is the son of a high-ranking government official and therefore untouchable in the DPRK. A few years later, a series of brutal murders plague South Korea and Detective Yi-Do (Kim Myung-min) discovers Gwang-il is behind them. Despite having incontrovertible evidence, Yi-Do is prevented from arresting Gwang-il by political machinations which include the participation of a sleazy CIA agent (Peter Stormare) and complications from the fact that Gwang-il’s killing spree has spanned multiple countries. V.I.P. is a sprawling serial killer police procedural spanning three countries, and much of its most interesting facets are the scenes depicting the confusion and frustration of such an investigation. It feels maybe a bit too familiar in places, but the addition of Stormare gives the film an unexpected jolt of offbeat energy. The scenes depicting Gwang-il’s crimes are gruesome and explicit, tipping the balance a little too far into the realm of gratuitous cruelty, and overall the film feels too long at 128 minutes. It’s not fun at all (although I expect a supercut of Stormare’s scenes to hit Youtube not long after the film is released on home video), but for a very dark police procedural with tension to spare, V.I.P. is worth a look. 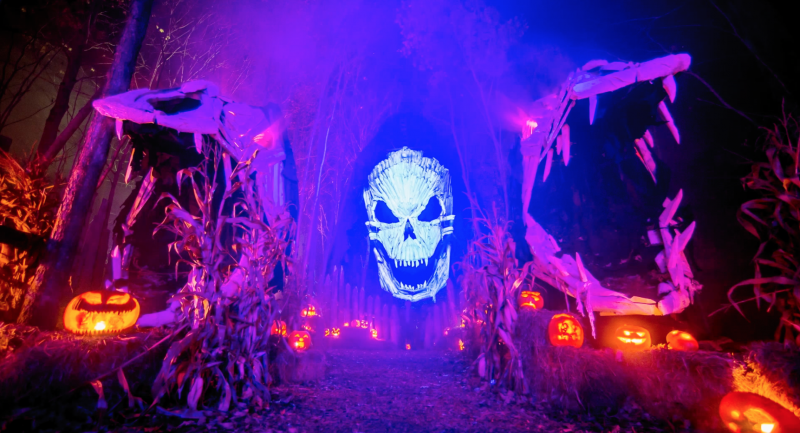 HAUNTERS: THE ART OF THE SCARE (USA, dir. Jon Schnitzer)

Director Jon Schnitzer’s HAUNTERS takes a look at a number of very different people who run their own “haunted house” attractions: Shar Mayer, a performer who has appeared in everything from mom & pop haunts to Blackout; Donald Julson, a former makeup artist and horror enthusiast who spends months building a haunt for his neighborhood; and Ross McKamey, who runs the notorious McKamey Manor. While Mayer and Julson seem like people who genuinely enjoy the art and engagement with whom they interact in their haunts, McKamey just comes across as a sadist. McKamey Manor is not so much a “haunt” as it is a torture chamber, and McKamey makes no apologies for the fact that he enjoys terrorizing people. The sheer unpleasantness of McKamey’s work may account for why it feels like he’s given much more screen time than the other subjects–honestly, what he does is so far removed from their work that he should have been given his own documentary. Still, the film provides a compelling portrait of Mayer and Julson and their everyday lives in contrast to their haunt work, and McKamey is an interesting figure regardless of how viewers might feel about him. There are also interviews with a wide array of haunt and horror luminaries like the Soska Sisters, John Murdy (of Universal’s Halloween Horror Nights), Josh Randall (Blackout), and many others who provide a peek behind the curtain. If you’re at all interested in “haunted house” culture, this is a must-see. 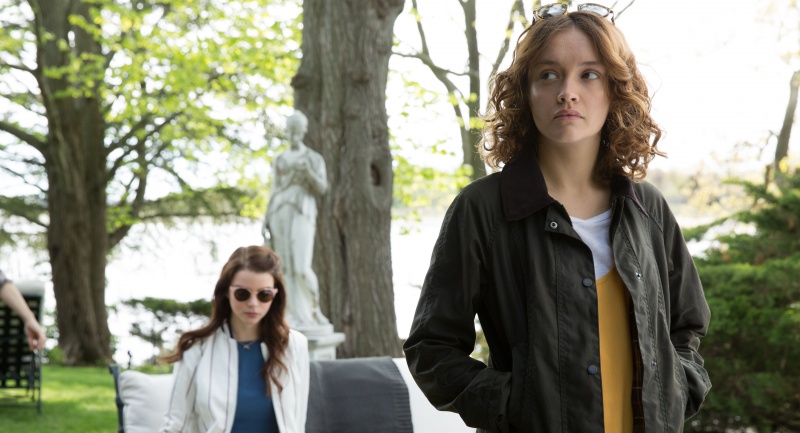 Lily (Anya Taylor-Joy) offers to help tutor Amanda (Olivia Cooke), her estranged friend from grade school. They meet in the house where Lily and her mother live with Lily’s wealthy stepfather Mark (Paul Sparks), who seems anxious to get Lily out of the house and back to private school as soon as possible. After Amanda reveals to Lily that she has no emotions possibly due to a dissociative disorder, Lily is free to be completely honest with her without judgment. While this is initially a great relief, Lily soon realizes Amanda’s brilliance and cold calculation could be put to use in solving her Mark problem. THOROUGHBREDS is a pitch-black comedy that relies on two excellent lead performances by Taylor-Joy and Cooke. Both expertly lead their characters through a number of major changes in the dynamics of their relationship through the course of the film. Cooke in particular is very funny as she matter-of-factly tosses out horrific and often devastating observations with an unnerving calm. Anton Yelchin is also fantastic in a supporting role as a local drug dealer Lily and Amanda rope into their scheme; it’s a shame he didn’t get to put his comedic talents to use more often. As far as teen horror/comedies on the festival circuit this year indebted to HEATHERS go, I’ll take the low-key pleasures of THOROUGHBREDS over the flashy meta-humor of TRAGEDY GIRLS any day. 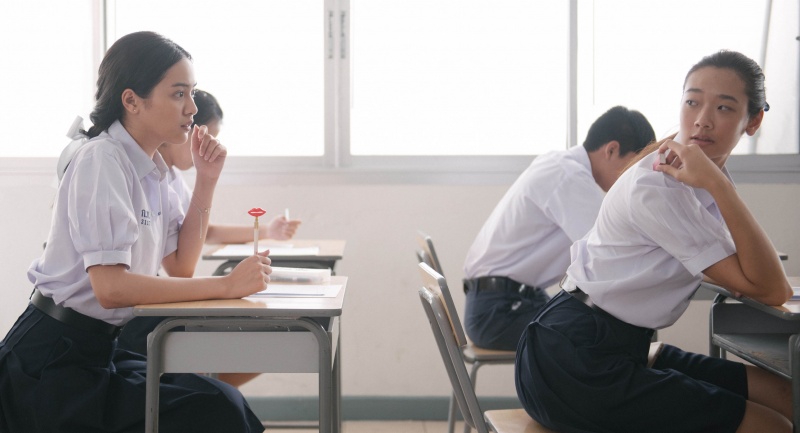 Lynn (Chutimon Chuengcharoensukying) is a brilliant student from a poor family. She’s near the top of her class but she has fierce competition in Bank (Chanon Santinatornkul), a fellow student in the running with her for a prestigious scholarship. When Lynn’s friend Grace (Eisaya Hosuwan) and Grace’s boyfriend Pat (Teeradon Supapunpinyo) offer Lynn cash to help them pass standardized tests, she reluctantly agrees. They succeed in spectacular fashion, and soon Lynn has a cottage industry helping students cheat on increasingly complicated tests. Inevitably, the situation spirals out of control putting Lynn and Bank on an outrageous international mission for one last cheat. BAD GENIUS is a slick heist thriller that just happens to be about cheating on tests rather than robbing a bank, with a fantastic cast of young actors who make even the most obnoxious characters fun to watch. The tests start off simple, but as they get more difficult to cheat, the tension ramps up nicely in a series of finely tuned set pieces. If the idea of a tense thriller based on academic fraud sounds ridiculous on paper, be assured director Nattawut Poonpiriya absolutely sells it. 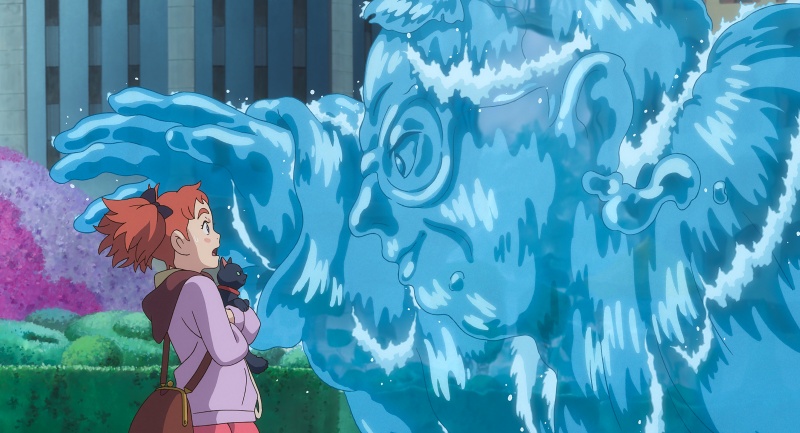 Young Mary is sent to live with her great-aunt Charlotte, and one day while out in the forest she follows a mysterious pair of cats. They lead her to a magical flower, which in turn leads her to the discovery of a magical school in the clouds which she accidentally visits on a runaway flying broom. She is mistaken for a new student and tours the grounds, where she begins to suspect something sinister is going on behind all the fun of broomstick riding lessons and wild spells. Based on Mary Stewart’s children’s book The Little Broomstick,  MARY AND THE WITCH’S FLOWER is the first production from Studio Ponoc. Ponoc consists of former members of the legendary Studio Ghibli, and their pedigree is on full display here. The film is beautifully and imaginatively animated, with character designs that recall Ghibli’s and plenty of small touches that make its characters and world memorable and endearing. Here’s hoping we see plenty more from Ponoc and director Hiromasa Yonebayashi in the future. 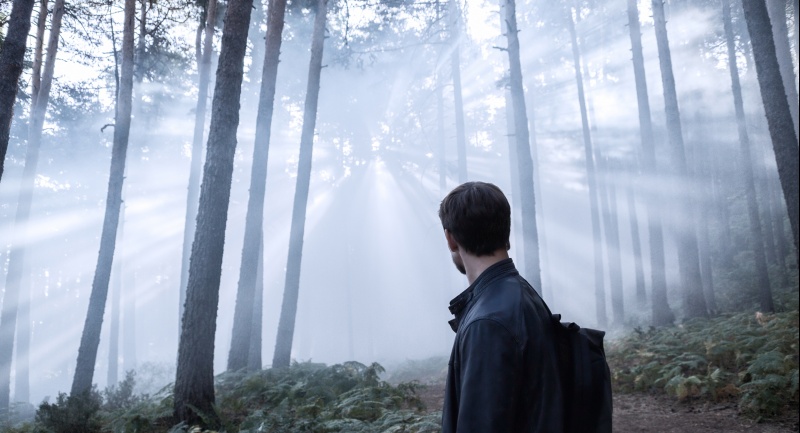 Alex (August Wittgenstein) and his girlfriend Selma (Alma Terzic) are driving deep in the forests of Bosnia to return to Germany when he realizes they are lost. Selma is understandably panicked, but Alex is reassured when they meet Milos (Sanin Milavic) and Vuk (Aleksandar Seksan), two men in a jeep who claim to be park rangers of sorts. Their arrival does nothing to calm Selma, however. The men are Serbian, and as a young girl Selma’s entire family was murdered by Serbs. Milos and Vuk insist on helping the couple avoid the countless mines left in the forest over the decades, but their presence sends Selma spiraling back into her unresolved trauma. MAUS is an extremely bleak and unpleasant film, which is appropriate given the subject matter. Unfortunately, the fact that writer/director Yayo Herrerro hails from Spain makes the use of the Bosnian-Serbian conflict as a backdrop for a brutal horror movie feel uncomfortably exploitative. From a technical standpoint, MAUS is impressive. It’s beautifully shot, the sound design is very effective, and the performances from its small cast are demanding and wrenching. But it’s a cruel film, lingering far too much on Selma’s pain. In the Q&A after the film, Herrerro repeatedly stated that his intent in making the film was to get people talking about the Bosnian-Serbian conflict. But the nonsensical finale cements the impression that this was not a story for an outsider to tell. In that way MAUS sparks conversation, but probably not the one Herrerro intended. 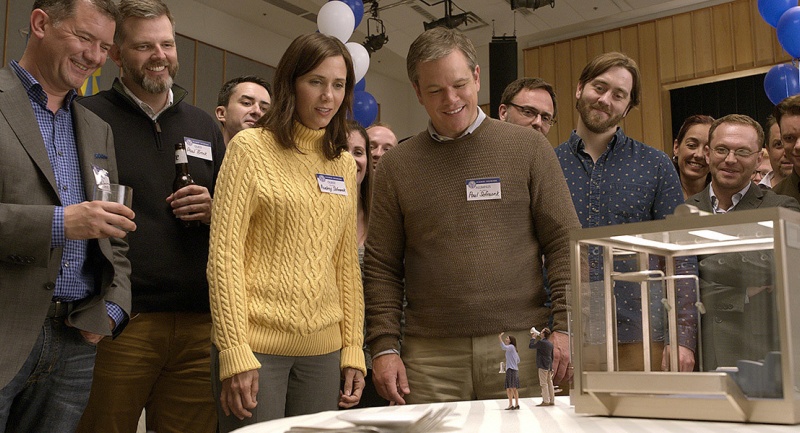 In the near future, a team of scientists have invented a process to shrink humans to action figure size in hopes of saving mankind. Their intent is to eventually “downsize” everyone over the course of a long period of time to save the planet’s resources, and by the time the process gets to America people from all walks of life are undergoing the procedure. Inspired by a “downsized” classmate at his high school reunion, Paul (Matt Damon) and his wife Audrey (Kristen Wiig) plan to take the plunge and live the high life. But nothing is that easy, and even with their modest savings translated into millions in downsized dollars, life goes on. Soon the downsized cities are just as segregated by race and income as any other, and a depressed Paul is forced to work in phone sales. Things start looking up when he is befriended by his neighbor Dusan (Christoph Waltz) and meets immigrant Tran (Hong Chau), whose tragic story was one of the first indications to Paul that not much would change in his new life. DOWNSIZING is very much an Alexander Payne film despite its central sci-fi concept. The focus is not on the process of miniaturization, but how it impacts everyday life and how such a concept would realistically play out on a large scale. Waltz brings an unpredictable energy to the film, as does Udo Kier in a supporting role as Dusan’s friend Conrad. Damon is fine, but as a lead he’s eclipsed by Waltz, Kier, and Hong Chau’s funny and affecting performance. It’s smart and bittersweet, and a very unexpected (but appropriate) way to close out this year’s Fantastic Fest. 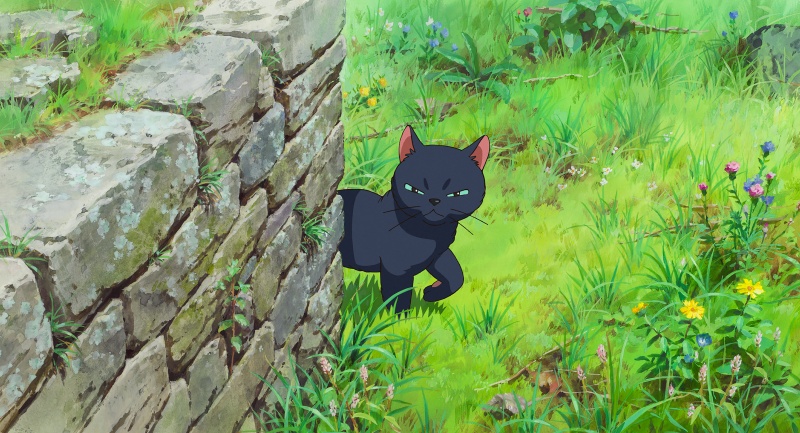