WELCOME TO ACAPULCO is a charming action-comedy directed by Guillermo Ivan. Featuring a colorful cast of several recognizable actors, like Michael Madsen, Paul Sorvino, and William Baldwin along charismatic leads Michael Kingsbaker and Ana Serradilla, it hits the ground running and never stops. When video game designer Matt Booth accidentally takes a plane to Mexico when he was New Mexico-bound, he finds himself caught up in a mystery involving a mysterious package everyone thinks he is carrying. This leads to several breathless action sequences, a series of convoluted characters, a lot of video game effects, and a lot of fun. Daily Grindhouse got a chance to talk to Guillermo Ivan about the magic of Acapulco and its people, working with multiple characters, and using video game effects to tell stories. 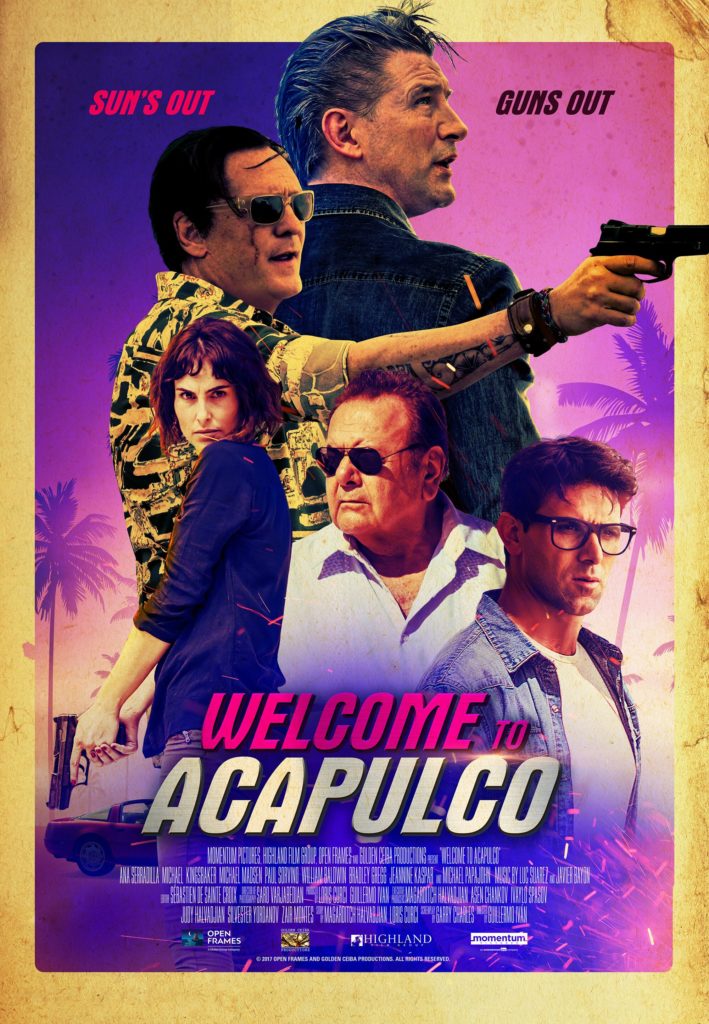 Daily Grindhouse: What did you like about this script?

Guillermo Ivan: To me, the most interesting part of it is the combination between comedy and action and the way it was presented to us. Basically, you know, throughout the story you find this character who’s completely oblivious to what is happening. And he’s a game designer; he’s not a martial arts specialist, he’s not a fighter, he’s nothing close to dangerous. And he finds danger, coincidentally, everywhere he goes in Acapulco. And he doesn’t know why. So to me, that was really interesting. That is one thing that is really interesting about the story, is the structure itself. It’s a nonlinear structure, you practically start with the end of the movie, and then you have all these flashbacks and flash-forwards as well that will present this story in a different way. So, that was really cool, working with the actors fielding that story, and that script, along the way was very interesting.

Daily Grindhouse: How did you design and integrate the video-game effects that were in the film?

Guillermo Ivan: That was an idea that really came, the integration came first, we talked about that during the pre-production process, but it was really in post-production where we jumped into that. I mean, we wanted to narrate everything through Matt Booth’s vision, basically. He’s narrating his experience in Acapulco. And the vantage point was, how would somebody like him describe his world if he was obsessed with video games? So that was basically what we were trying to accomplish with our version of those games in post-production, narrating everything through his mind, through his vision, and the way he was perceiving his own reality.

Daily Grindhouse: What was it like to work with all the first-person narration in the movie? 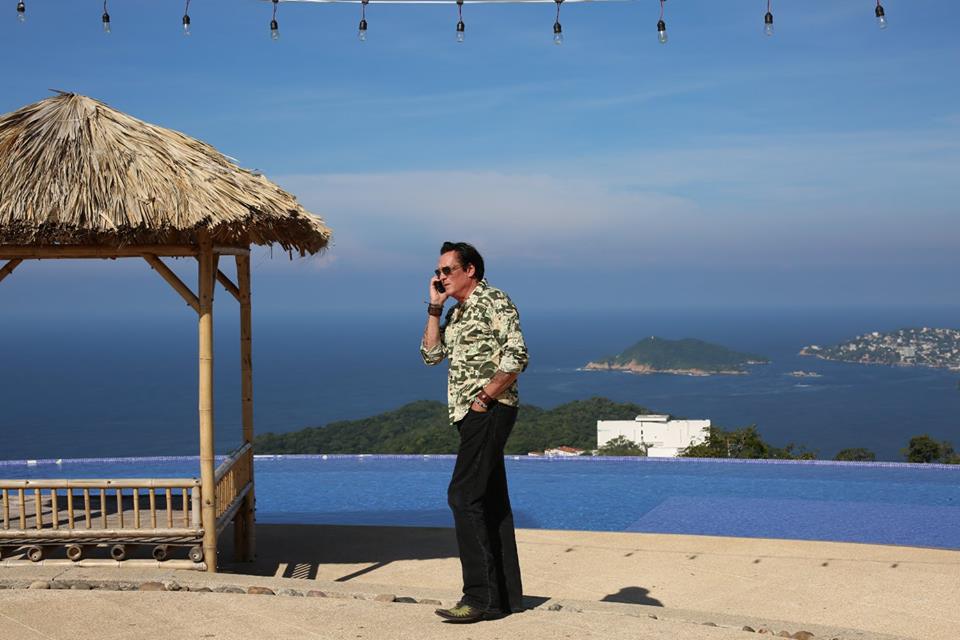 Daily Grindhouse: Why do you think it was essential that the story was set in Mexico?

Guillermo Ivan: I would go further than that: specifically, I would talk about Acapulco, why Acapulco. When you think about Acapulco, I’m telling you this as someone who was born and raised in Mexico, to me it was nothing even close to danger. All the great memories I have from when I was a kid, going to Acapulco, it was just fun, it was a paradise. And he has this magical, and I can almost tell you, every single time I went to Acapulco, something magic, something important happened in my life. In my experience, in my journey. Something changed. A perfect example of those values is this movie as well. I wanted to have the contrast of that Acapulco, that glamorous place where nothing touches beauty and love and wonderful experiences happen, I wanted to contrast it with the circumstances we have to endow this narration, to paint around this, that’s basically coming from a rogue. So to me that wasn’t the main factor. It is tropical, it is cool, it is sexy, it is glamorous, we represent that universe from the sixties, because Acapulco was even hot in the seventies and the eighties, it had that glamour. That’s a representation of Acapulco for everybody except for Mr. Booth. This character is going through hell in the middle of this paradise. That was the main reason why I’d choose Acapulco.

Daily Grindhouse: In the movie, you bring so many characters to life. They all have their title cards, but how did you help define and juggle them?

Guillermo Ivan: It was a challenge as well, because the way we did it, the way we approached everything in pre-production was more like one of those video games. If you think about it, this is happening, as I said, through Matt Booth’s perception, and he is experiencing all of this. When you play a video game, and I’m not a big fan I gotta confess, of video games, of course I have to do some research to do this. But when you play a video game, you’ll find this text is coming from everywhere, like these come from every single place. And it’s a mark of the challenge as well. So we wanted to play around with that element, almost as a video game, and we thought it would be interesting for the lead character to jump all these different obstacles that he was finding along the way.

Daily Grindhouse: There’s a lot of recognizable actors in this. What was the casting process like?

Guillermo Ivan: It was very organic. Basically, we were already in Acapulco, we were in pre-production, we’d had previous conversations with the great actors we had in this movie. And some other actors at the time, but it was really when we were doing pre-production in Acapulco when we locked everything down. And as I said, it was a very organic process. Working with them was phenomenal. For me it’s always a learning process, and I always learn, but this one in particular was a phenomenal learning process, and I was honored by the fact that we were doing this with people like Michael Madsen, Paul Sorvino, Baldwin. I grew up watching their movies and learning from them as well. Having all of them working together as a team, because among all other things, when we were doing the movie, it was really teamwork. Speaking of Acapulco, people from Acapulco, they are so nice. I don’t know if you have ever gone to Acapulco, but to me, the nicest thing of everything, the nicest thing is the people of Acapulco. They are so nice. And they were so helpful with everything. They wanted to be part of the process, they wanted to be part of the movie, and I’m talking about everybody from the government down to people working in the streets, like fishermen who were helping us when we were shooting in the streets as well. So, you see people like Michael Madsen and Paul Sorvino and William Baldwin and Ana Serradilla integrated with Alcapulcans. It was so nice. It was so beautiful. And observing that whole process, it was phenomenal.

Daily Grindhouse: You have so many action sequences in this film, one right after another. What was it like keeping up that pace, and directing all those?

Guillermo Ivan: It was really fun. I mean, I enjoyed doing those, however, we all believed that taking care of the storyline and taking care of the relationship between the leads and the main conflict of the story, which is Matt Booth doesn’t really know what’s going on and who’s trying to survive, and all the different duties he has to accomplish in order to keep his goal, was the main direction. So, working with so much action, and so many professional people around, was phenomenal, but the main focus was on the characters always. 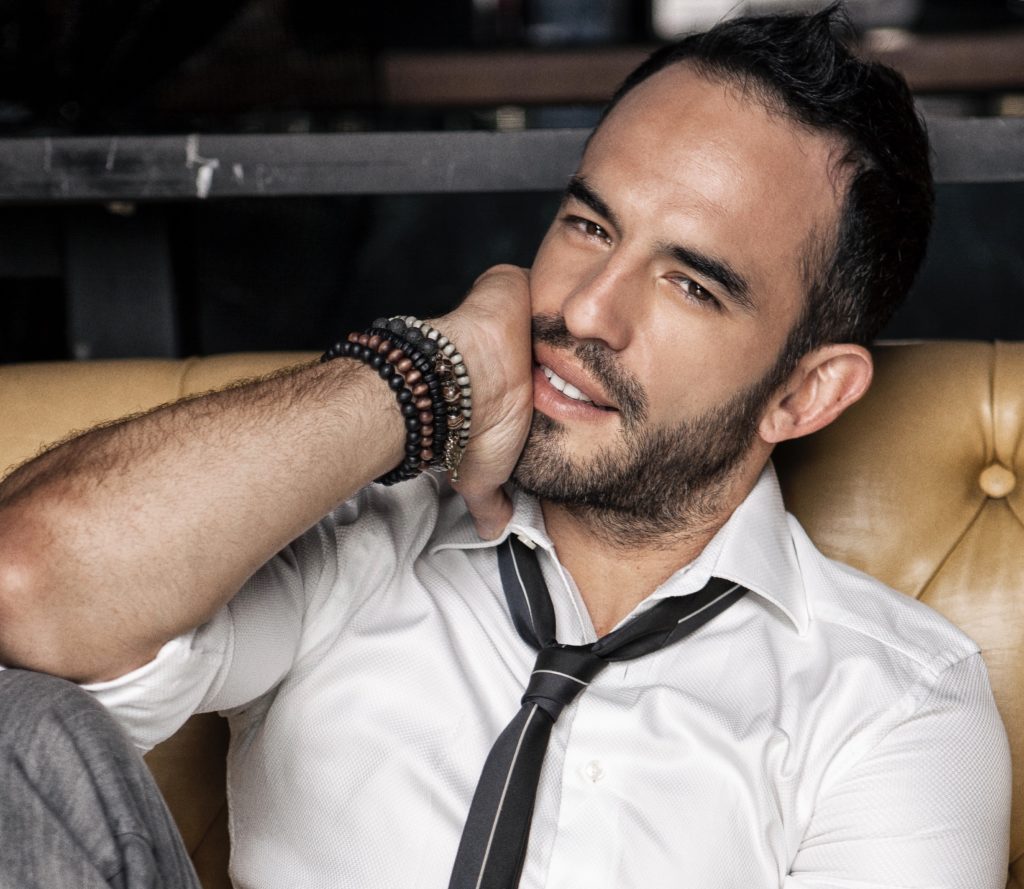 WELCOME TO ACAPULCO hit digital and on demand on March 12th. Watch it here: