Home  ⁄  The Wire  ⁄  Despite Cheap Tricks, A Welcome Playflulness Elevates THE CURSE OF LA LLORONA

The CONJURING films and their spin offs are essentially the MCU of modern horror cinema—and a much more successful attempt at that Universal’s “Dark Universe.” There is no doubt that under the watchful eye of James Wan, there is a plan to bring the Warren’s of THE CONJURING, the titular nun from THE NUN, and the killer doll from Annabelle together for an AVENGERS inspired monster mash in the near future. THE CURSE OF LA LLORONA sets up a new villain in the series, based on authentic Latin American folklore. 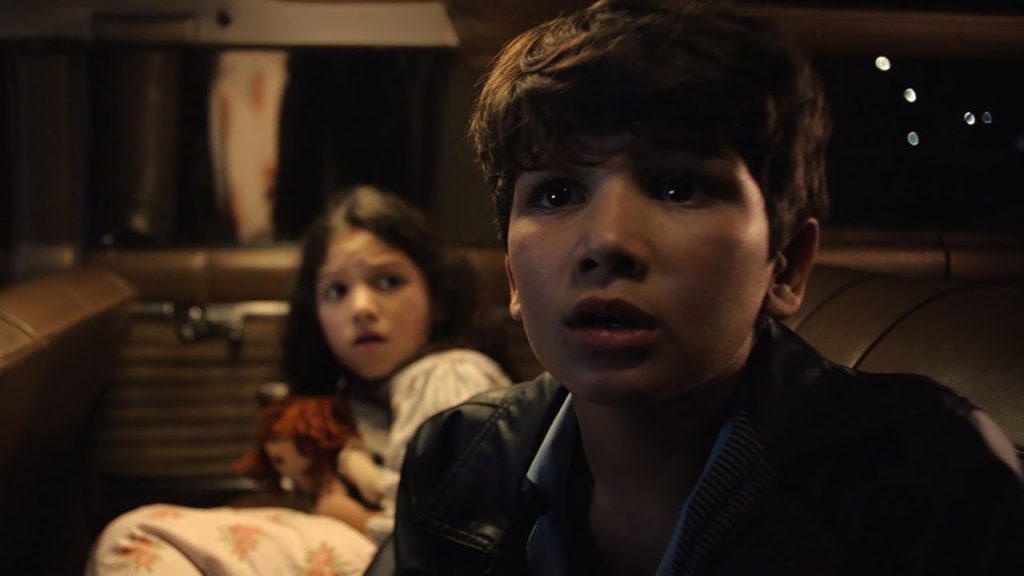 Opening up in 1600’s Mexico, LLORONA sets up the myth of the Weeping Woman who drowned her own children to punish her husband who she believes loved their children more than her. The river carries the children away and upon her death, La Lloronoa is cursed to haunt the world until she finds them. La Lorona became a boogeyman to many a Mexican child, their parents suggesting that if they stay out too late that La Llorona would come and take them away.

Enter Anna Garcia (Linda Cardellini) a widow and harried single mother of two, working as a social worker in 1970’s Los Angeles. She makes a welfare check on Patricia (Patricia Velasquez) one of her cases, discovering that the mother has her two children locked up in a closet with nasty burn marks on their arms. The children are taken to a local hospital against the will of Patricia, who claims she is protecting them from someone…or something. When the children are killed, Anna’s son Chris (Roman Christou) encounters La Llorona, and the curse is moved onto the Garcia family. 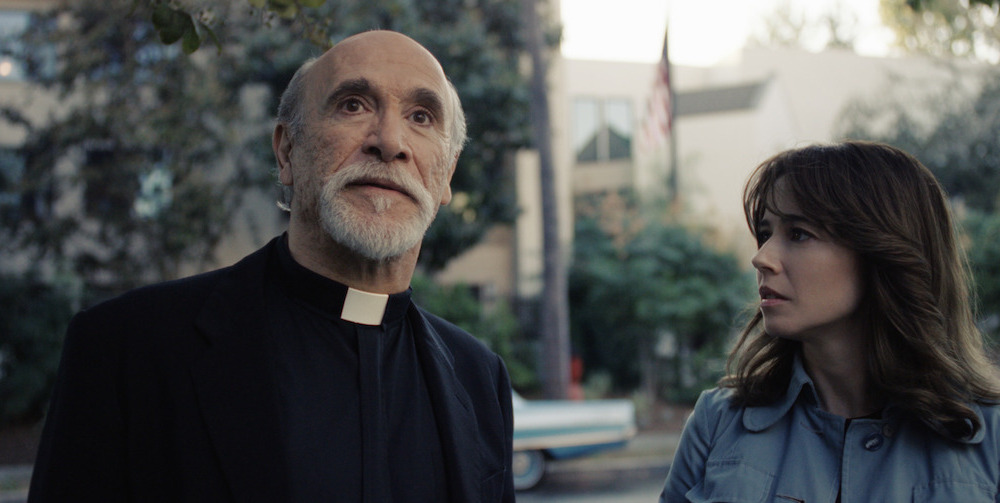 When La Llorona begins to terrorize the Garcias—like Chris McNeil in THE EXORCIST—the agnostic Anna must admit to herself that she’s dealing with supernatural forces and turn to the church. Father Perez (Tony Amendola) warns her that it may take months to work the case but recommend an alternative. Anna visits Raphael (Raymond Cruz), a mystic and former priest with a dry sense of humor. The final showdown takes place at Anna’s home, featuring parlor tricks galore cribbed from Sam Raimi’s EVIL DEAD films and countless other pop horror outings for the final confrontation between good and evil.

There is plenty about THE CURSE OF LLORONA that confounds me (why not set it in Mexico? Why is it set in the ‘70s? Why cast a white lady in the lead?) and the script plays it loose with the actual mythology. The film never reaches the visceral heights of THE EXORCIST or the special-effects driven thrill ride of POLTERGEIST (both of those films are in LA LLORONA’s DNA) but there is a welcome playfulness present in LA LLORNA that I enjoy in horror films. (Admittedly, I tend to skip most of the larger pop horror releases.) The film never leans too hard into weighty terror, visceral scares, or into comedy bordering on slapstick but comfortably hangs out in the middle of the road. LLORONA is a fun, serviceable rollercoaster ride; even with children in peril, there is never a true sense of dread that something unthinkable may come of of the them. HEREDITARY this is not, and teenagers and adolescents are going to enjoy clutching onto their dates and screaming loudly throughout this one

There are cheap tricks abound-—doors creak and slam open, winds howl, and spirits creep and whine, and most of the big scares can be credited to a loud sound mix than creepy visuals (Llorona her self is a fairly standard cinematic spirit), but it’s all rather effective. Michael Chaves’ light touch for the most part successfully blends builds and releases the tension with horror and comedy that will keep audiences teetering on the edge between screaming and laughing. A sequence when La llorona washes daughter Sam’s (Sierra Heuermann’s hair before attempting to drown her is a high point. Cruz’s dry one liners hit more often than they don’t. Cardellini even gets to have some fun near the film’s climax—never reaches Jo-Beth Williams-in-POLTERGEIST–“stay away from my babies” heights as she protects her children from the evil spirit—she is indeed giving it her all.

THE CURSE OF LA LLORONA effectively delivers the heebie-jeebies and even with and ending that implies that La Lorona is not truly vanquished (if you consider that a spoiler, I suggest you watch more horror movies) the film ends with a welcome sense of hope, even if it is a bleak world.

Tags: James Wan, The Conjuring, The Curse Of La Llorona