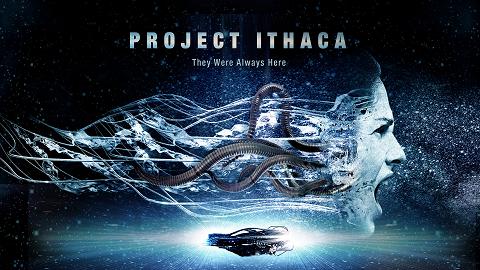 James Gallanders (BRIDE OF CHUCKY, THE SKULLS II) makes a departure in the starring role in the sci-fi/thriller PROJECT ITHACA, written by first-time screenwriters Anthony Artibello and Kevin C. Bjerkness, and directed by Nicholas Humphries. Gallanders plays the straight man and leader in a claustrophobic ship filled with six random people who are periodically controlled by a mysterious extraterrestrial force. There is only one known way to open the door, which they must work together to achieve. Gallanders took the time to talk to Daily Grindhouse about the joys of working within the sci-fi genre, practical effects, getting used to close quarters in a ship, and playing the straight man against a panicked crew. 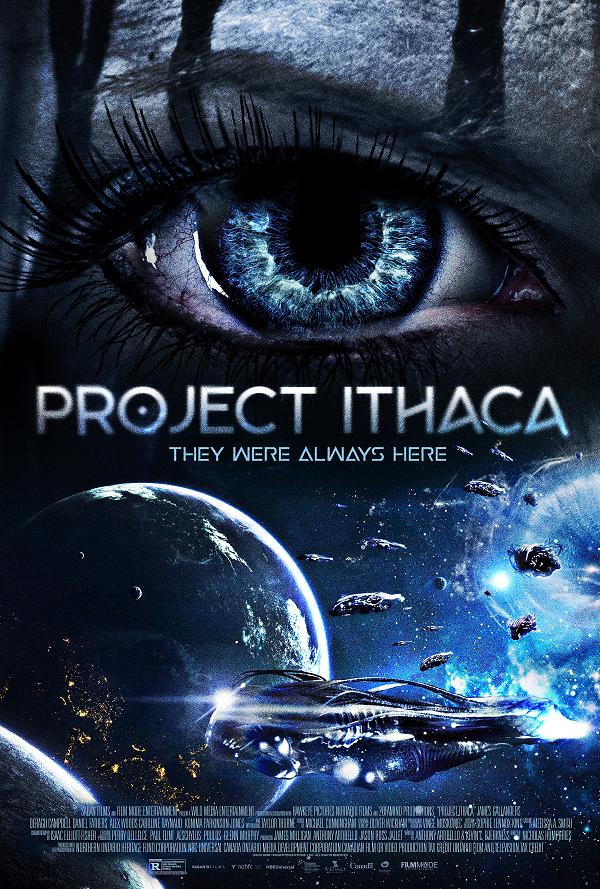 Daily Grindhouse: What attracted you to this project?

James Gallanders: Of course, my agent had called me up and said “Hey, we’ve got a lead for you in a sci-fi thriller that takes place in outer space, and it involves alien abduction” and all of that stuff, so I think I said “Well, I have to read the script” but I think I’d be interested right away, but after I read the script what really appealed to me was the depth of the characters that they had created. I don’t want to give too much away, but John is very old-school, he’s a man of integrity and principle and you know, he’s a decent man, but he’s also a wounded man, sort of a tortured soul, and he’s suffered a great loss in the past and he carries a tremendous amount of guilt. But he’s forced to survive, how to figure out how the heck we get off this ship. So there’s so many little layers, and the complexity of the character is what really pulled me in, aside from the thriller and all the sci-fi elements, which I’m also a fan of.

Daily Grindhouse: What was it like acting the straight man against the rest of the cast?

James Gallanders: There weren’t a lot of knee-slappers from my character, that’s for sure. I was definitely the straight man, and my character has a little more insight into what’s happening than everybody else, so I felt like it was very important for me to maintain my energy and not get caught up in the energy of others who might be freaking out a little more, or were a little more upset or a little angrier. So I sort of felt like I was the counselor, or the straight man as it were, to sort of everybody else. But yeah, not a lot of comedy coming from John Brighton.

Daily Grindhouse: What did you do to prepare yourself for this role?

James Gallanders: I watched a little sci-fi, and also not wanting to give too much away in terms of what happens in the film, I really wanted to immerse myself in the period that character came from. So to be honest with you, I listened to a lot of oldies. I listened to a ton of music just to really put me in that time and that place, because I thought it was important that that come across as being a genuine thing. And of course, there’s the emotional homework as well, of having to dive into the depths of someone who’s so utterly tormented, by something they’ve had in the past and they’ll always have that right beneath the surface. The emotional homework of trying to dig up all the things with myself that were the ugly places that we’re required as actors to go to. And then there was also just finding the time and space that might help within the role, and trying to make sure I got it just right.

Daily Grindhouse: How did you adjust your performance in order to accommodate the special effects?

James Gallanders: We didn’t have to work with too much CGI. We didn’t have to do a lot of pretending. A lot of the stuff was actually practical, it was there. There was a bit of puppetry, so we were actually able to see a lot of the things without having to pretend things. And then otherwise there were some elements where you had to use spacing, but it was never terribly hard because it’s not like we’d have to do a lot of pretending. A lot of it was actually there for us to see, and we were all there together, and we were able to make sure that we were all on the same page, because we were all pretty much in the same room all the time together. 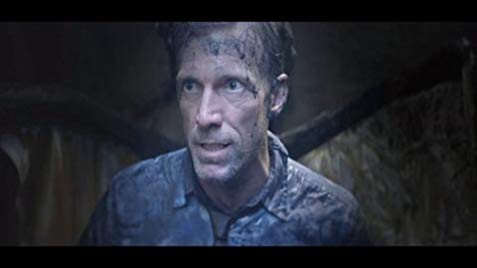 Daily Grindhouse: What was it like working under director Nicholas Humphries?

James Gallanders: He was great — we got along really well. He was really helpful and supportive. I can’t say I got to know him terribly well over the course of the process, and I know that at some point in the post part of the process, he was no longer involved in the film. Otherwise, I had a good time with him.

Daily Grindhouse: Was there anything that happened on set that surprised you?

James Gallanders: I think what really surprised me is, I kept waiting for something to go wrong. When we came in for rehearsals and everything, I was looking out of the ship and everything and I was thinking “Is this thing gonna work?” or even the first time we had to get up on our seats within the ship, and someone would have to hold up a little stepladder there for us, and someone harness us in and we were kind of precarious up there and I was like “Oh geez, we’re gonna be here for two weeks?” But then I was surprised how quickly we kind of acclimated to the ship and, you know, I was hopping up there like a monkey on my own and doing my own harness and, you know, in the beginning this was kind of uncomfortable, but at the end of two weeks shooting everything on the ship it kind of felt like home.

Daily Grindhouse: How was this different from other projects you’ve done in the past?

James Gallanders: I think one of the things that appealed to me about this, that was really challenging as an actor, was you read the script, and you’ve got six actors in a circle, and they’re tied to chairs or to seats or whatever. And you can’t move. So there was no hitting marks. You were just sort of a talking head. So I thought that was a good challenge, for these six actors because you’ve got nowhere to hide. I mean you can’t adjust here, or walk across the room here. It was all just you were there, and the camera’s on you, so it seemed clear to me early on that we needed to have our backstories really solid, and we needed to have a lot of inner life, otherwise we’re just gonna be like a lot of talking heads. We needed to keep the ball in the air so to speak. So I thought that was a really, really interesting challenge, as well as trying to keep track of the storyline, cause once we got off the ship, you had to really keep track of where you were in space and in time.

Daily Grindhouse: What was it like working within the sci-fi genre?

James Gallanders: It was fantastic. It’s a genre I’ve worked in before. It’s just so cool, especially when you’re creating a role from scratch, and it’s actually such a complex role. Everything you’re dealing with is so over the top. And certain characters are absolutely losing their shit. It’s sort of a freeing opportunity to explore things on a larger scale than you would normally in say, like, an episode of Suits or something.