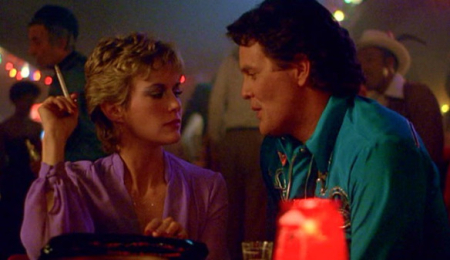 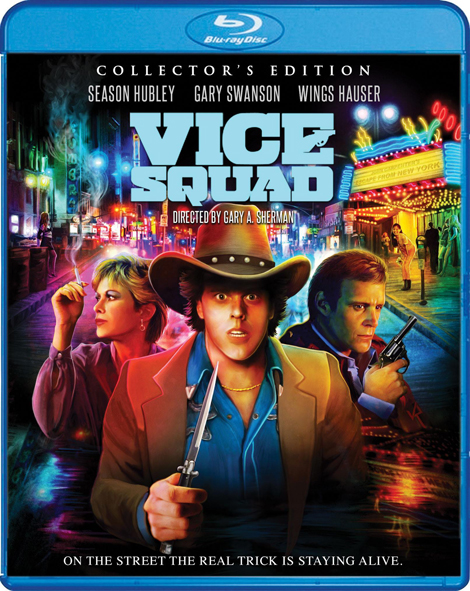 It’s an odd discussion, to be sure, but a regularly recurring one about what was the “best” year (so far) for film. 1982 is always a contender, and it’s not hard to see why — there are a bunch of classics and cult classics released that year that would reverberate through years of cable reruns and video store rentals. E.T. THE EXTRA-TERRESTRIAL, POLTERGEIST, FIRST BLOOD, JOHN CARPENTER’S THE THING, BLADE RUNNER, 48 HRS., FAST TIMES AT RIDGEMONT HIGH, TRON, BASKET CASE, ZAPPED, and more. One movie that was released that year that was highly praised at the time but rarely gets grouped into the Class of ’82 All-Stars is VICE SQUAD. A unique mix of police procedural, time capsule, urban slasher, and seedy noir, it’s widely reported that Martin Scorsese considered VICE SQUAD to be the best film of the year, deserving to be nominated for the Oscar.

Whether or not it’s the best film is up for debate, but it is an entertaining movie with just enough idiosyncratic elements that both make it memorable and hinders it from achieving more. Directed by Gary A. Sherman (DEAD & BURIED, POLTERGEIST III) from a script by Sandy Howard, Kenneth Peters, and Robert Vincent O’Neil (ANGEL), the film concerns members of the titular police department, led by Tom Walsh (Gary Swanson) patrolling the streets looking to bust all types of sex workers. After a psychotic pimp named Ramrod (Wings Hauser) kills one of his prostitutes, the cops team up with suburban-single-mom-by-day-hooker-with-a-sense-of-justice-by night Princess (Season Hubley) to catch this violent lunatic. Things go awry, and the film is equal parts a slice of life look at sex workers on the Strip, cops navigating their chaotic beats, and Ramrod seeking revenge. 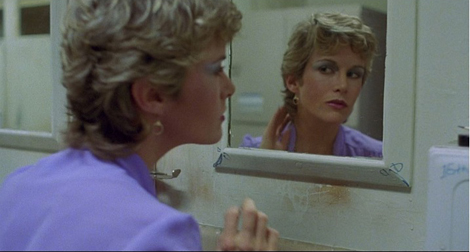 What makes VICE SQUAD work well is an excellent balance between realism and melodrama. This is an element that directors like Michael Mann and William Friedkin would pick up in their films, such as MANHUNTER and TO LIVE AND DIE IN L.A.; the filmmakers get really engrossed in the real life of the types of characters involved — criminals and cops — and are able to give a semblance of authenticity to their daily routines and dialogue. But then, to shake that up, some larger-than-life force (like a diabolical master criminal, a supervillain serial killer, horror film monster pimp) is placed in this genuine world leading to inevitable conflict. Hauser (who also performs the opening song “Neon Slime”) has always given off this weird mix of intense yuppie meets reckless shitkicker in his roles (TOUGH GUYS DON’T DANCE, NIGHTMARE AT NOON, THE CARPENTER), but here he goes full throttle and is a truly hulking menace that seems unreal and thus gives him a true sense of menace. Swanson and Hubley, along with the rest of the fine cast, are much more subdued and lived-in with their performances. This is just another night for them, before this human Tasmanian devil decides to throw everything into bloody chaos.

The procedural elements and the Ramrod plot are the strongest aspects of Sherman’s film. Unfortunately, there are a few too many dips into broad comedy, which is really jarring when placed near scenes of Princess being beaten or a junky fiending for a fix. There’s also a completely bonkers attempt at physical comedy involving old Asian hotel owners and karate that feels akin to that one scene in PIECES (you know the one). There aren’t a lot of forays into bad comedy, but they still stick out and really don’t mesh with the look and tone. 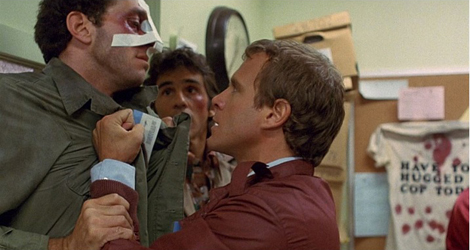 Sherman’s film deserves to be mentioned alongside those other 1982 all-timers. It’s a great snapshot of Los Angeles at a particular time that occurs over the course of one night while mixing together elements of police procedurals, slashers, and sleazy exploitation. It’s an impressive juggling act that the filmmakers pull off with only a few stumbles, and should be discovered by people on Scream Factory’s new Blu-Ray. 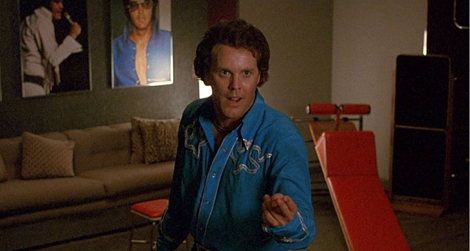 The image is an impressively clean restoration — with all of the dark elements of the night-set story coming in sharply alongside the glare of the neon lights. There are a few bits of grain on certain shots (mostly towards the end), but it almost would seem wrong if this entire movie looked too nice; still needs that bit of grindhouse projector abuse to feel authentic. Sound is crisp and levels seem right, with dialogue, wheels screeching, and “Neon Slime” balanced with each other just right to not drown out one another. 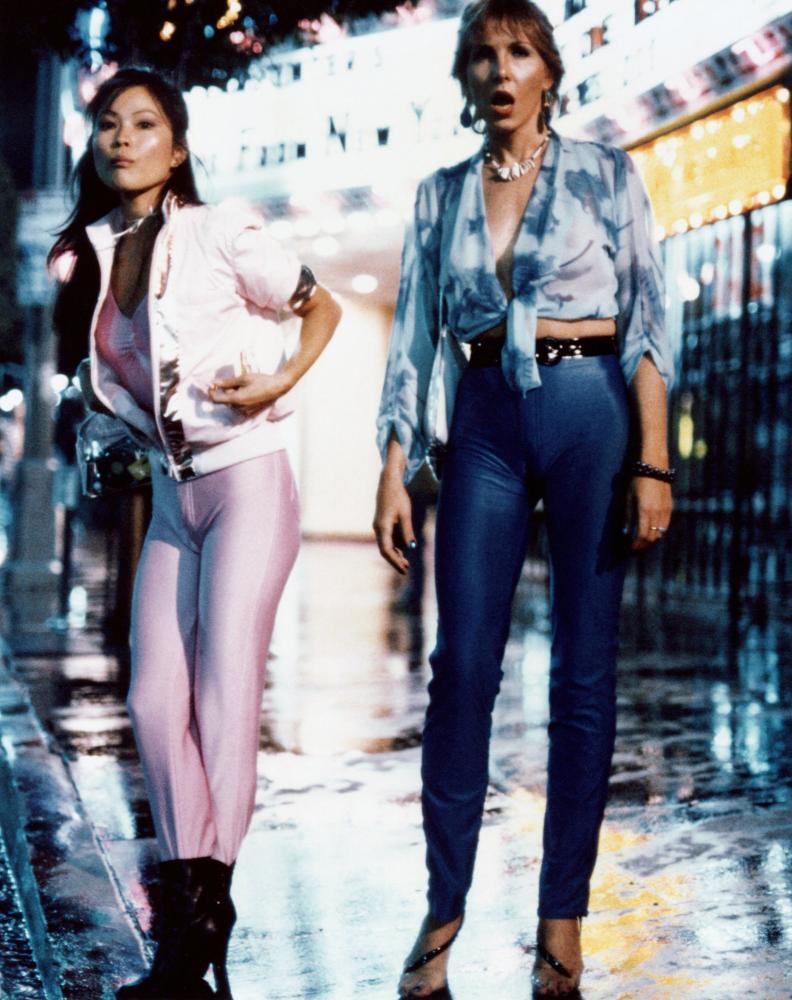 As is custom for a Scream Factory collector’s edition, this Blu-Ray is packed with a bunch of supplemental material, most of it new.

If you’re looking for a fun dive into early ’80s thrillers, with a touch of sleaze and a bit of unnecessary cheese, VICE SQUAD should definitely be on your radar (especially to see how influential it was to so many West Coast thrillers). Take it away, Wings!