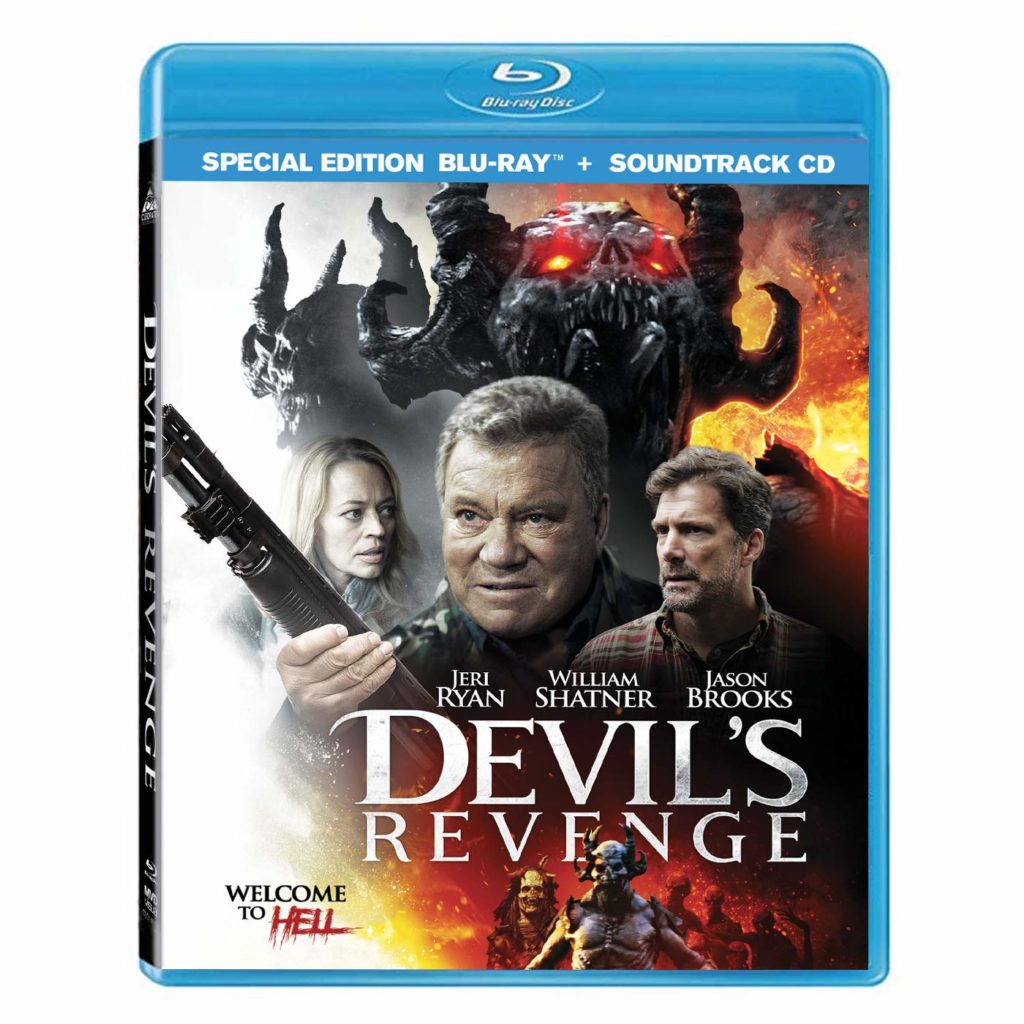 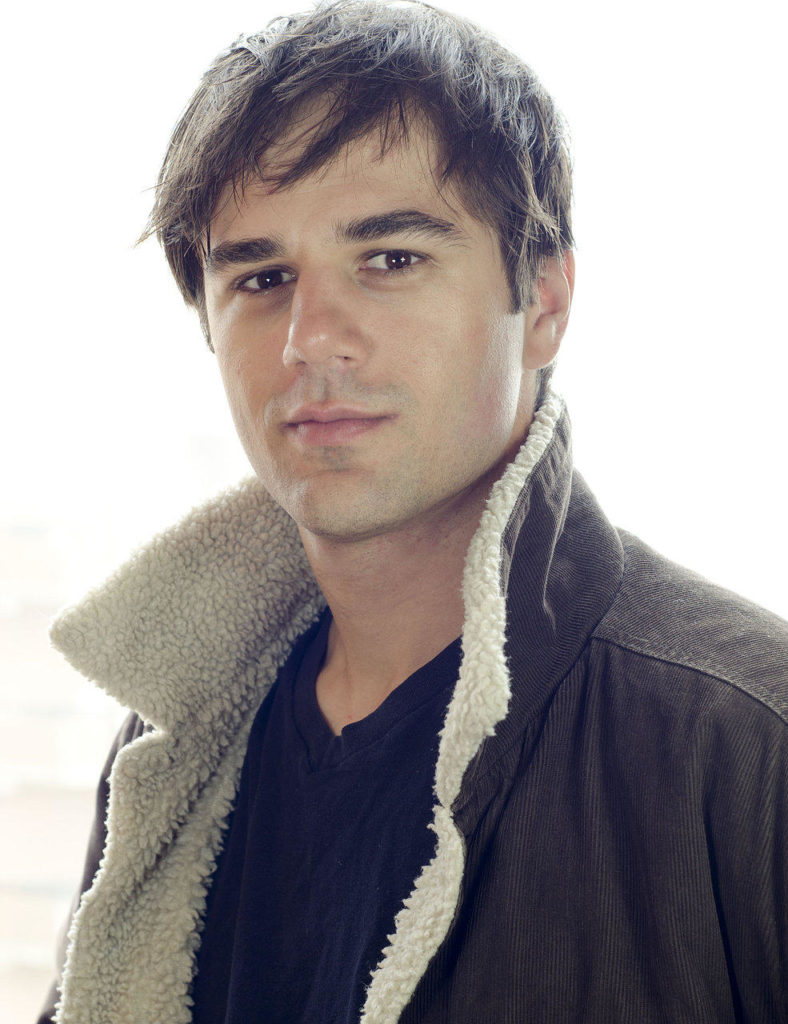 You do a little bit of everything. When you started in this game, Jared, was it to be an actor or filmmaker?

When I first came out to LA, my goal was to be an actor/writer. After some years, and many ups and downs, I produced a film that I wrote and then sold the screenplay. After that then I self-financed a movie that I directed and also acted in. Then I sold another screenplay to a bigger company, and I wanted to direct. The producers were of course skeptical because this would be a much bigger production. Bigger budget, star names. But, after showing them the first film I directed, they fortunately gave me the chance to direct, and luckily I did a good enough job that I directed another eleven movies for them. Things sometimes work out in a way you would never expect.

And do you think you’re better at one than the other?

I prefer directing, but I love acting as well. Producing, I am getting more involved with recently. I enjoy these all for various reasons. I haven’t written in a while, because I read so many fantastic screenplays written by other people. There’s a million-plus scripts floating around town and some of them are really good. I will write again, but right now, I’m focusing on my directing and producing. But, when the time is right, I will act and I will write. At this time, or any time really, I really can’t control what will happen next.

Is it always the goal to find a role for yourself in the movies you do, though?

No. I used to sort of think that way when I was really focusing on my acting, but not so much anymore. I sometimes will put myself in the movie for a quick cameo, but if I both direct and act on a tight shooting schedule, then there is the danger of the work suffering. It is hard to do both simultaneously. I’ve done it – numerous times, and I wouldn’t want to do it again, unless the shooting schedule was long enough where I can take my time and focus on the task at hand. It takes a while for me to switch from the directing hat to the acting hat. Different parts of the brain perhaps.

Which film do you think you’re the best in – acting-wise?

There are two films where I felt my acting was pretty solid. A movie called LOCKED UP, which I wasn’t supposed to act in, but the actor got sick a day before shooting, so I had to step in and both direct and act – and it was a big role. The other movie, where I was solely the lead actor was called FEED THE DEVIL. That was a 76-day shoot, on 35mm film, four hours north of Montreal, in a small town. Film looks beautiful, unfortunately it did not get too much attention.

And which is your best film – period – that you’ve made?

I think my Lynyrd Skynrd movie, which we recently completed, which has just been submitted to various film festivals, is my best film. It was the biggest budget movie I’ve done to date, and I am very proud of it. Plus, there was a tremendous legal battle that happened around the movie – we got sued and lost, and the movie was banned, and then we appealed and won. It was such an ordeal, but ultimately it all worked out! 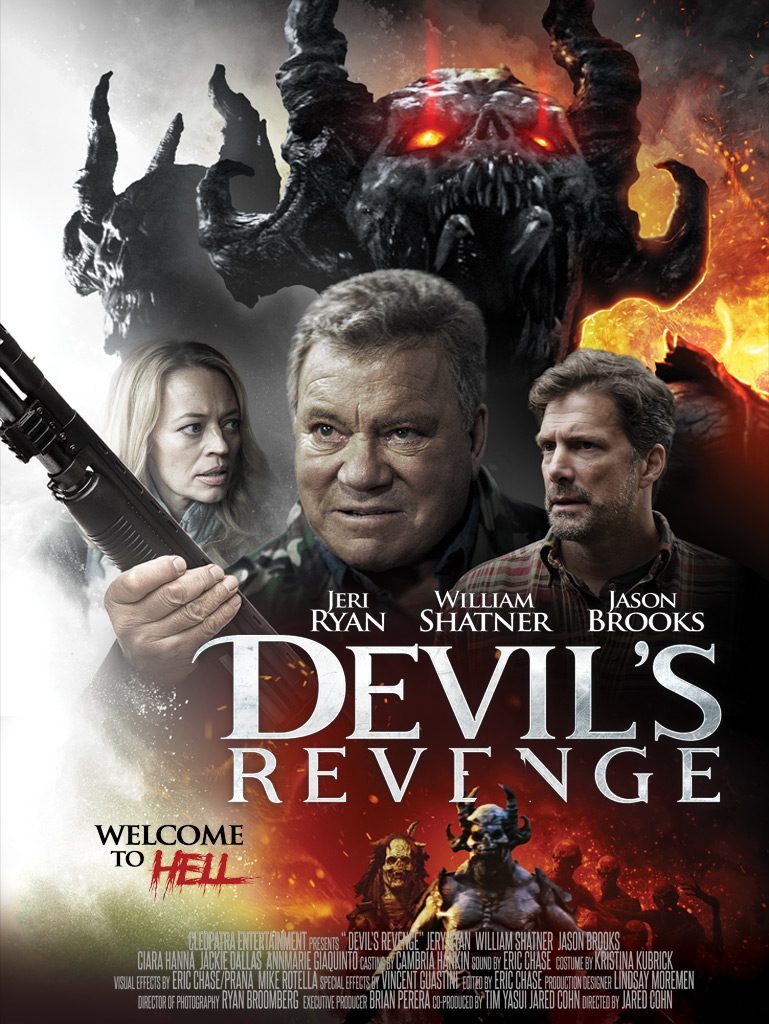 You stick behind the camera on DEVIL’S REVENGE?

Yes. With such a strong cast, I stayed behind the camera and let the wonderful cast work.

He’s different, he’s really aggressive in a ‘different-than-Kirk’ way, and he’s so good at doing it. The man has a lot of range. Fantastic actor, and great person. We’ve become good friends since, and I also since have directed a music video for him, for his Christmas album. 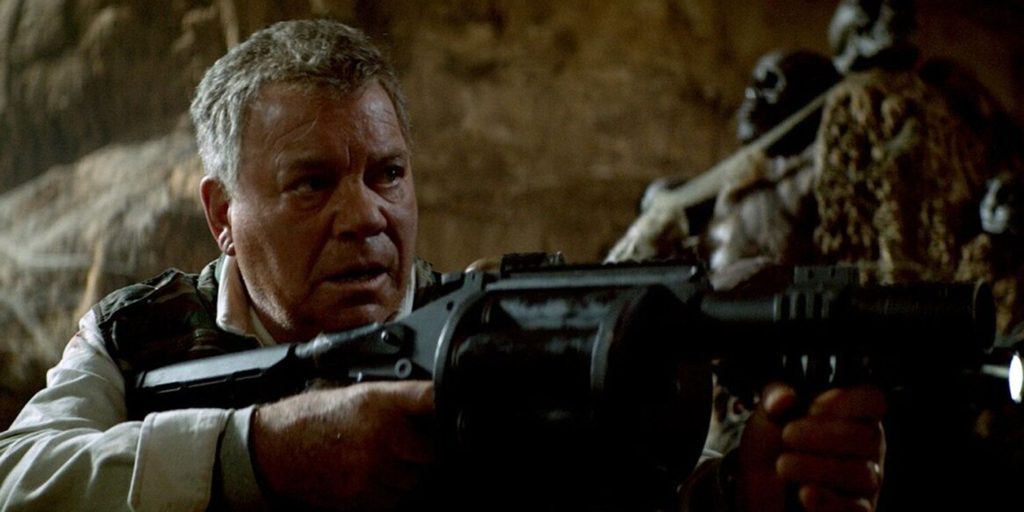 Did you get him bruised and battered, or firing off rounds? How involved did he get in the action sequences!?

Shatner got into it! He did some of his own action, and gun shooting – he’s really committed. Of course we also had a stunt double for some of the more dangerous stunts, but Shatner can whoop some butt when he wants to. He truly is the real deal.

How much did having Shatner involved, help with financing?

You’d worked with him before, right?

No. DEVIL’S REVENGE was the first time I had the opportunity to work with Shatner. But I’d work with him anytime.

His presence is powerful. He is smart, knows what he wants, and is a total professional.

Jeri Ryan. As lovely as she is talented?

She’s great. And I am such a fan of her Borg character, 7 of 9, so when we locked her in to be in the movie, I was ecstatic. In person, she is a total sweetheart. She and I got along very well.

How is the chemistry between her and Bill?

They have a strong relationship. They both come from the Star Trek universe, so they have that in common. They both have a lot of respect for each other.

Where did this shoot?

We shot all around Kentucky. We shot in many caves. Beautiful state, I would be happy to go back and do another film there any time. Much more relaxed than LA.

What’s the perfect food to eat while watching the movie? What should we order for the viewing?

For this movie, and any movie, you can’t go wrong with a big bowl of popcorn! Or pizza or French fries, you can never go wrong with any of that – any time.