Based on the true life murder case of Terry Hurst, Phillip Escott’s CRUEL SUMMER (on VOD this week from Wild Eye Releasing) tells the harrowing story of a group of bullies who torture a young autistic man in the woods. This is real horror. 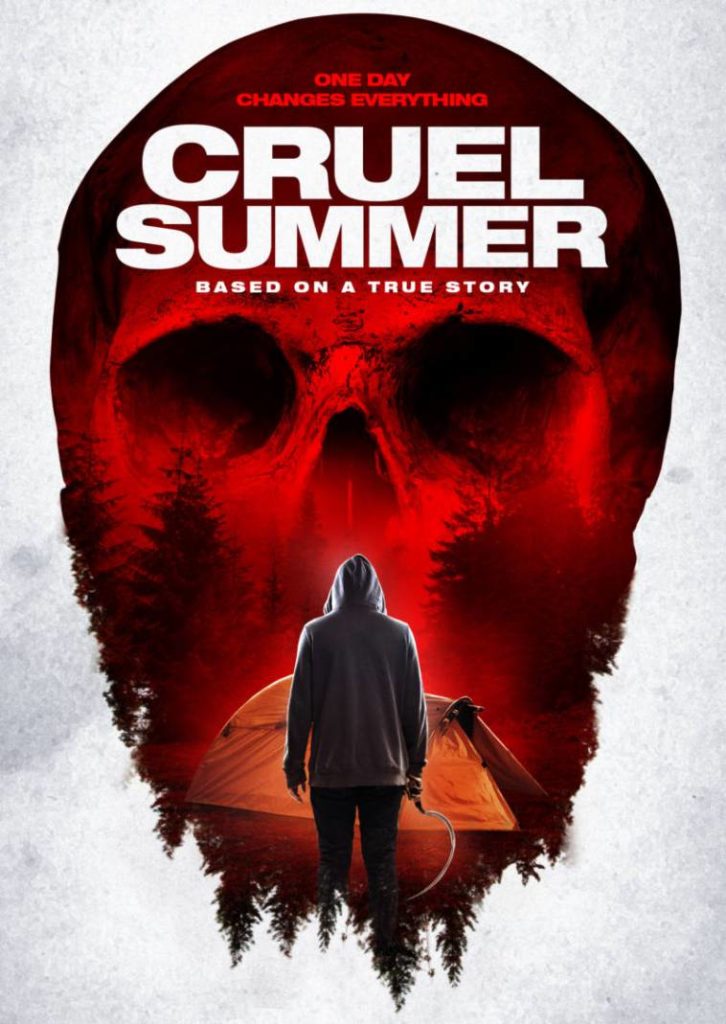 Daily Grindhouse: The film is riveting. How did it come about?

Phillip Escott: Thank you for the kind words. CRUEL SUMMER came about when Craig and I decided to take the plunge from short films into features; we needed a story that we could execute easily – or so we thought – and wanted to channel films that we both adore, like Larry Clark’s KIDS. We thought if we could set the film over a day, it would save on costs; we’d only need minimal costumes for our cast, and if we kept the number of key players to a minimum, we wouldn’t require a huge cast.

Knife crime is always an issue here in the UK, and we wanted to address that in a pretty brutal, and matter-of-fact, manner. Tragically we didn’t have to look far for inspiration — the news is riddled with stories of young lives being senselessly lost.

Daily Grindhouse: Is it based on a real case?

Phillip Escott: It’s based on several different cases, but the biggest influence was the Terry Hurst murder. He was a young man with a learning disability who was taken into the woods by so-called ‘friends,’ who then spent the weekend torturing and eventually murdering the poor boy, with no apparent motive. That story would have been un-filmable.

We wanted to explore the nature of random violence — the Terry Hurst murder felt premeditated, but it gave us the set-up we needed. We were also attracted to depicting the consequences of peer-pressure in young groups, especially when there’s a brutal ‘alpha’ type spreading their toxic masculinity, and all the destruction that comes with it.

We was also keen to highlight a condition that, sadly, remains misunderstood by the general public. I spent time with a class of young autistic teenagers who were keen to get into filmmaking,and it was such a blast. The group were so imaginative, keen, and friendly, and the complete opposite of what you see in documentaries on the condition; normally those documentaries spend too much time exploring the negative aspects of it, the mood swings and violent outbursts, etc. — we were trying to avoid that, to show that the spectrum is vast, that people go about their lives and it doesn’t have a negative impact on society; but people hear the term ‘autism’ and they go back to those images of hulking teens screaming and kicking and punching their parents.

Daily Grindhouse: Did you speak to anyone who’s been affected, either personally or directly, by an incident like this before the shoot?

Phillip Escott: We didn’t, but I grew up in social housing so am no stranger to random violence and I’m all too familiar with the cultures that exist in areas like this. The ‘rough areas’ where we filmed are where I grew up; the walled off streets and barbed wired alleyway etc were my old stomping grounds -– in fact, the house in which the teens meet in the driveway is my grandmother’s house; she sadly passed away not long after filming, but she was thrilled to have Danny Miller from one of her favorite soap operas, EMMERDALE, at her home for a morning.

Growing up, I was involved in petty gang culture and the violence that comes with it, so I’m all too aware of how situations can get out of hand and beyond control. Craig and I hoped that if younger audiences view the film, they will see just how senseless behavior like this is, and think about the consequences of this behavior – not just on them, but those around them.

Daily Grindhouse: How would you describe the tone?

Phillip Escott: We wanted it to be as natural as possible — we even considered using non-actors at one point, and then realized we wouldn’t have the time required to spend with them and wouldn’t stand a chance of selling the film. Luckily, we landed four incredible young actors who were all familiar with the types of characters portrayed in the film. This helped when it came to the darker aspect of the film; that natural tone that lures viewers in suddenly makes the events more discomforting as the film progresses.

Phillip Escott: As with most films, the fun stuff tends to be the darker scenes, the fighting, the blood work, etc. During filming, we got caught up in the fun of it all. However, the scene that ‘broke’ the crew was the scene with the parents at the end, which is also true of audiences, I think. It’s a gut punch, and it felt like it when filming, as it does when viewing the film.

Only during editing did the violence become apparent. Which is why the majority of it takes place off-screen, as the material is dark enough; there was no need to dwell on the cruelty… despite the title of the film!

Daily Grindhouse: At any time did you think ‘Oh man, I’ve gone too far here’?

Phillip Escott: The only time I was concerned was during the scene where the teens finally catch up with Danny (Richard Pawulski). That scene lasts for about 10 minutes and gradually goes from bad to worse, and when I wrote the original draft, Craig wanted to go further. That’s where the stripping element came into it, I was worried it was too much but Craig was right, it needed to go further – it really strikes home the power dynamics that are at play with violent altercations like this. It’s about humiliation at the end of the day, to feel superior to someone else. We wanted to show just how ugly these acts are — shying away from it would render the whole film pointless.

Daily Grindhouse: Tell us about the feedback you’ve had.

Phillip Escott: Luckily, we’ve been greeted with a lot of positivity, especially from the horror community. They are familiar with dark material so they aren’t as cautious about the film as other filmgoers. Still, the film is divisive due to the subject matter and that’s truly understandable — at every showing we’ve been invited to, the Q&A often ends up with one really pissed-off audience member asking us why we felt the need to make a film like this. Which is a fair point, but we never intended on making a traditionally entertaining film — I mean, given the subject matter, how could we? The nature of the crime is truly despicable, and as a result, the film isn’t a barrel of laughs and neither should it be.

Daily Grindhouse: Your cast is clearly brave… how did you psyche them up?

Phillip Escott: They did it all themselves, to be honest — they understood the dangers of the situations depicted in the film and the types of people we were trying to portray. Everyone knows at least one neighbourhood bully, and Nicholas is just that – which Danny Miller was all too familiar with and was keen to play. And to be fair, Craig spent a lot of time with them while I was out trying to find the perfect woodland location – which was one of the biggest advantages of co-directing on such a low-budget – and during those sessions the cast came up with a lot of great ideas that helped layer their characters for the better.

Daily Grindhouse: The Academy wants to play a scene from the movie at the awards ceremony – which scene would you choose?

Phillip Escott: Hahaha — I’d be amazed if any award body saw this film, never mind nominate it! But for me the scene with Danny Miller and Natalie Martins would have to be the one. It’s such a pivotal scene and is so brilliantly acted, it’s what kick-starts the tragedy, and it all stems from seemingly trivial dialogue, a little white lie birthed from a sense of jealousy.  But, in the wise words of Eric Draven from THE CROW, “Nothing’s trivial.”