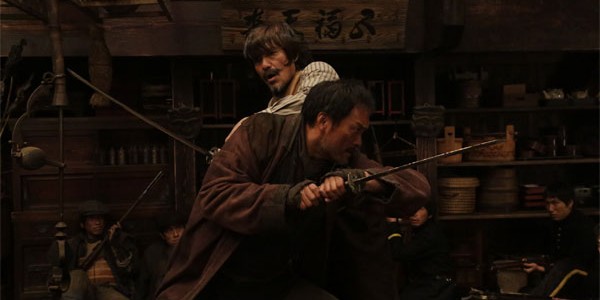 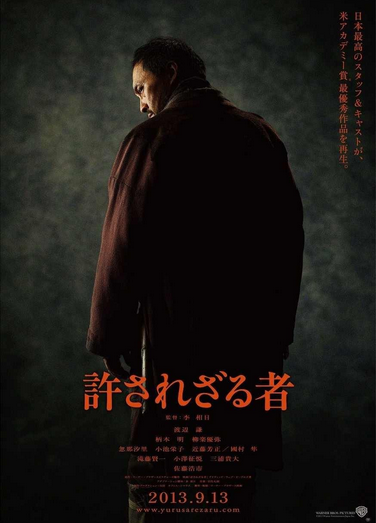 Written and directed by: Sang-il Lee (from a script by David Webb Peoples)

Clint Eastwood ended his Western career with 1992’s UNFORGIVEN, which theorized on the later years of a character very much like the “man with no name” he played in Sergio Leone’s Spaghetti Westerns that launched his career. It presented a world defined by violence, where those in positions of power and respect were little different than the outlaws of the past, and where Eastwood’s Will Munny had to both face his own regretful history and – eventually – embrace it, leading to a vengeful confrontation after the death of a close friend. In some ways UNFORGIVEN was the final word on both the American and Italian Western, and remains a rightfully lauded classic.

It was also the closing of a mythos that was directly birthed by the Samurai films of Akira Kurosawa. When developing his first Western, A FISTFUL OF DOLLARS, Leone cribbed heavily from Kurosawa’s YOJIMBO (which was itself cribbed from Dashiell Hammett’s “Red Harvest), eventually leading to a successful lawsuit from Kurosawa due to breach of copyright. Kurosawa’s films stressed loyalty, loneliness, fear, violence and human nature, which fit well with Leone’s own cynical worldview, as well the view that many later Italian westerns would copy. 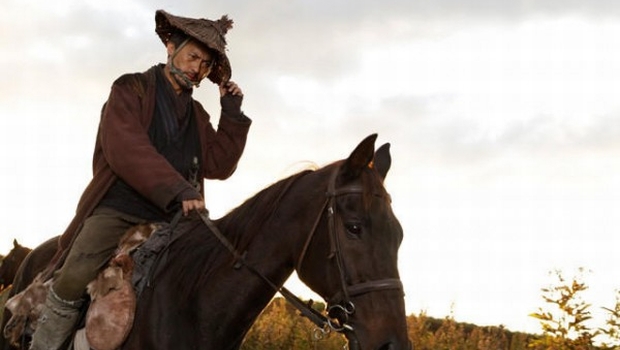 Which is why I’ve never entirely dismissed the idea of remakes. Leone borrowed themes and characters liberally from Kurosawa, while maintaining – and evolving – a style of his own. When you watch the two films back-to-back the similarities are striking; but so are the differences, and Leone would borrow equally heavily (though not quite so brazenly) from American Westerns for his work throughout the rest of the 1960s. It’s a re-purposing of material, not just a slap of fresh paint on an old vehicle.

How appropriate, then, that director Lee Sang-il would decide to remake Eastwood’s (and writer David Peoples’) Western in the style of a Japanese samurai film. It creates a wonderful bit of symmetry for both genres, and has the potential to remind the world the debt that Westerns still owe to the East. It can be seen as an overdue debt finally being repaid, even if sadly neither Kurosawa nor Toshiro Mifune lived to see it happen. 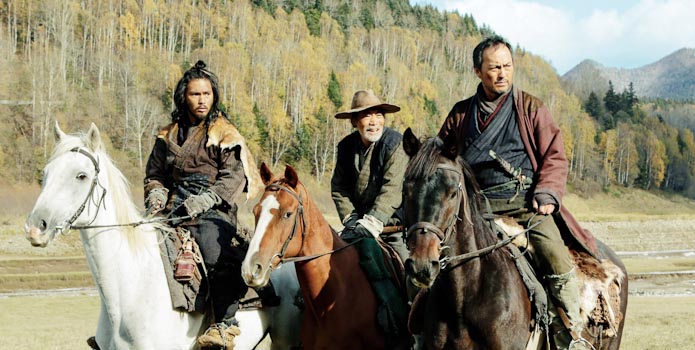 Unfortunately, UNFORGIVEN (2013) ends up being a massive disappointment, showing tragically little inspiration despite a wonderful cast and some absolutely gorgeous cinematography. Instead of using the original film as a jumping off point, the translation is so close to the 1992 version that it’s almost entirely superfluous. This isn’t a remake, it’s a cover version, and while those who are unfamiliar with the original may find themselves wrapped up in the plot, familiar viewers may be left wondering the point of the whole exercise.

It’s actually a difficult film to critique, as the individual elements are – for the most part – incredibly well done. The visuals are outstanding, taking full advantage of some snowy Hokkaido locations, and the acting is consistently wonderful – particularly Ken Watanabe as Jubei (the William Munny equivalent) and Jun Kunimura as an egotistical hired assassin in the mold of Richard Harris’ English Bob in the original. Taro Iwashiro’s score is tremendous, and the sparse action on display is appropriately brutal. It’s extremely well crafted, but it’s an empty shell. A pale imitation. 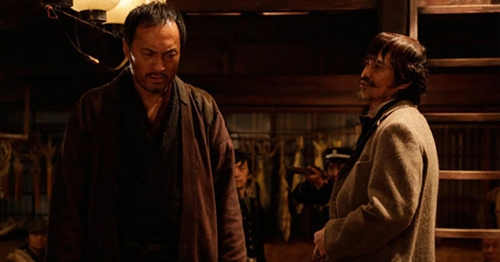 There are a few flashes of originality, including some fascinating glimpses of the plight of the Ainu (the indigenous people of Hokkaido), and their persecution at the time the film is set. The young upstart Goro (Yûya Yagira) is Ainu, and his character manages to be an improvement on Jaimz Woolvett’s occasionally irritating Schofield Kid in the original, despite looking distractingly like Russell Brand. More of this sort of historical detail could have done much to justify the remake, but the film rarely moves outside of the beats of its source.

My hopes were high going in, but UNFORGIVEN is an unnecessary remake that does little to distinguish itself from the Eastwood original. When you know everything that is to come – with even some staging coming directly from the original – the whole experience is a missed opportunity.