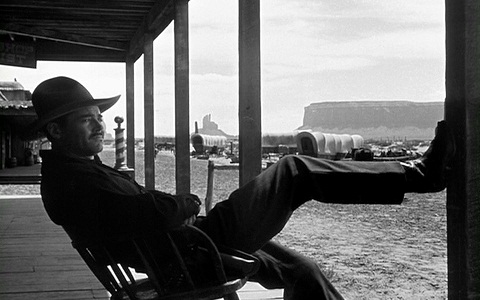 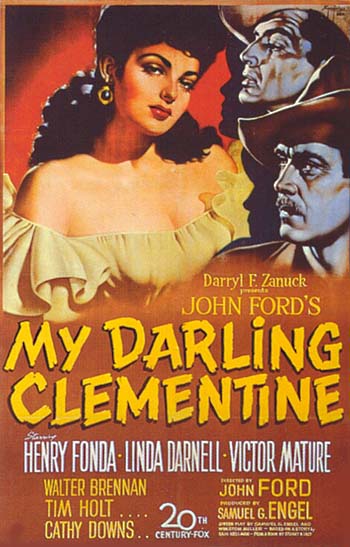 One of the most beautiful films in the history of American film, and please watch it tonight if you think I exaggerate, MY DARLING CLEMENTINE is one of the dozens of tellings of the Wyatt Earp/ Doc Holliday story, the shoot-out at the OK Corral. 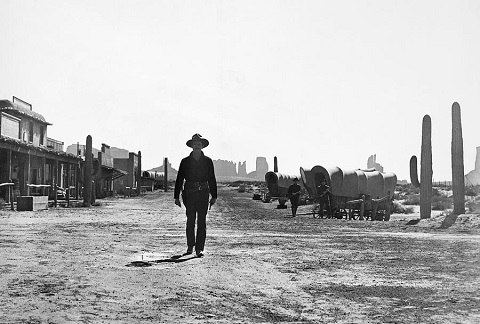 Henry Fonda plays Wyatt and Victor Mature plays Doc and John Ford, one of the most macho film directors who ever lived (for better and occasionally for worse), shoots it for all the world like a love story between them, even though both men have female love interests as well. 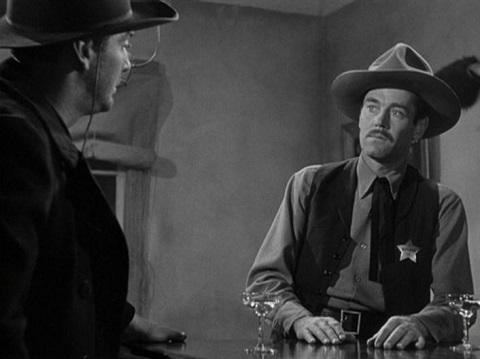 Joseph MacDonald provides the immaculate black-and-white cinematography — at this point in time Hollywood filmmaking was well on its way to switching over to color, but the deliberate portrayal of Ford’s Monument Valley stomping grounds as almost a film noir backdrop gives the story an added doom and melancholy it could not have had in color. 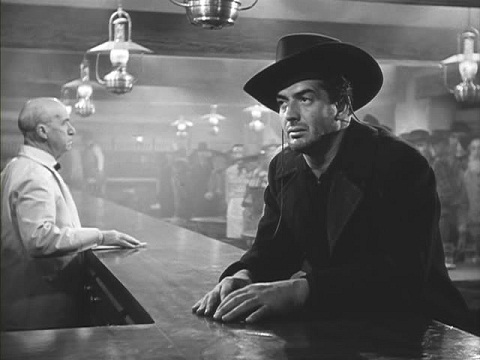 Victor Mature played strapping strongmen in plenty of Technicolor epics, and his portrayal here of the tubercular Holliday, a dead man walking, would have been unconventional and unexpected at the time and is even now. Fonda is steady as ever, bringing an interesting reserve to a character who has reason to be brimming over with revenge, and Ford regular Walter Brennan (so lovable in Howard Hawks’ RIO BRAVO) is phenomenally loathsome in an unconventionally villainous role. The rare Western with a barroom Shakespeare performance, MY DARLING CLEMENTINE is a stand-out in a great American genre that is already studded with stand-outs. And as many times as I’ve seen it, I still can’t get over how pristine the picture looks when presented by Criterion on the new Blu-Ray. 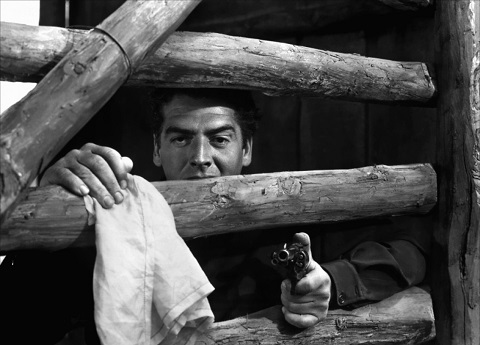 And if you’d like to see it on the big screen, MY DARLING CLEMENTINE is playing this afternoon at New York’s Museum Of The Moving Image. 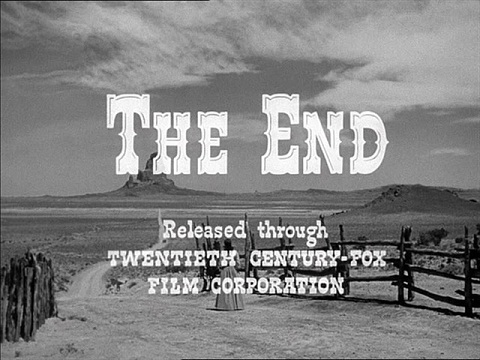