It had been announced well-before San Diego Comic Con had kicked off that a full trailer for STAR WARS: THE FORCE AWAKENS would not be premiering at the West Coast fan festival. This was, of course, rather upsetting to any STAR WARS fanatic who attends the movies regularly, as many of us were hoping to see the trailer every time we went to the show for the next few months in lieu of previews for another young-adult fiction adaption or some half-baked, epic knock off. 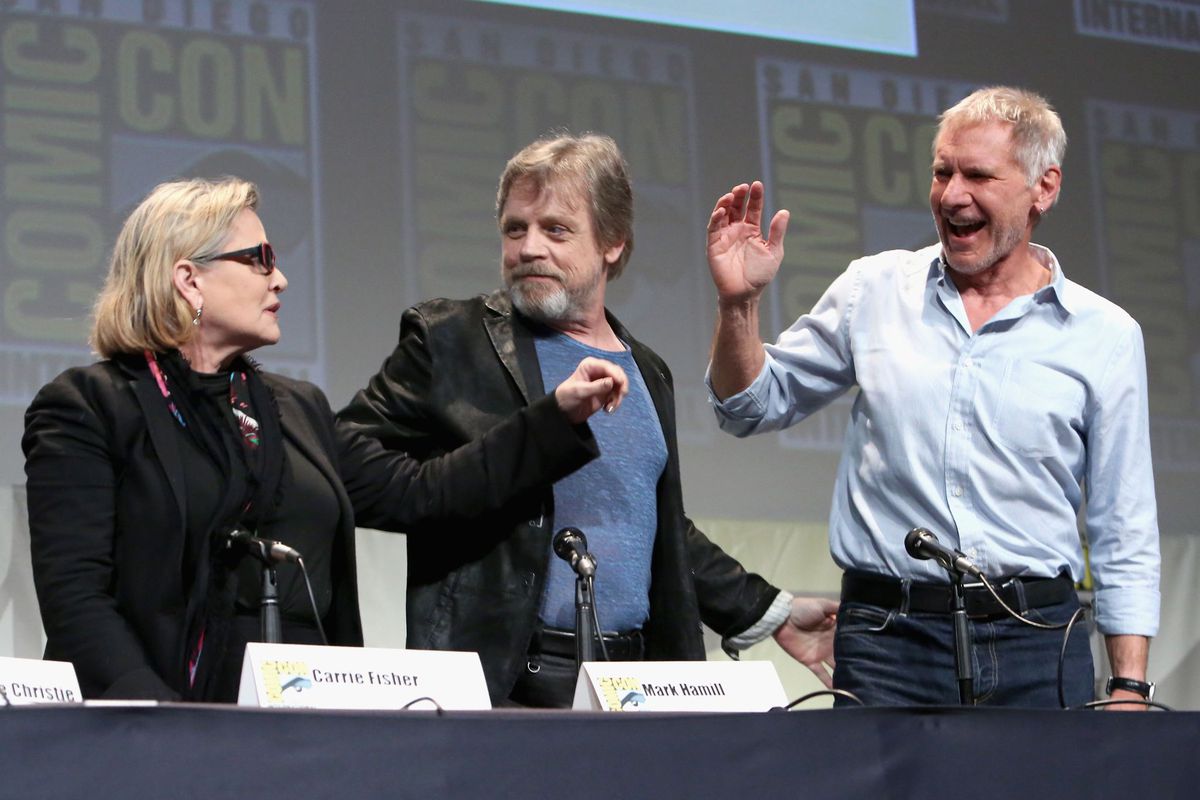 What fans were treated to instead was a just under four-minute behind-the-scenes featurette.

“Real sets, practical effects. You’ve been here but you don’t know this story,” states Mark Hamill in the opening narration that plays over clips of familiar sets such as the Millennium Falcon, as well as some sets that only “feel” familiar, in what appears to be a First Order (the new Empire) starship. “Nothing’s changed really,” Hamill continues, “I mean, everything’s changed, but nothing’s changed. That’s the way you want it to be really.”

Hamill succinctly puts into words what it would appear fans want out of this new entry in the STAR WARS saga, and with the previous two teaser trailers, as well as the retro-themed merchandise that’s been hitting store shelves recently, it would appear that the road to THE FORCE AWAKENS is not simply a marketing campaign, but also an apology tour. It’s a vehicle for J.J. Abrams, Kathleen Kennedy, and Frank Marshall to win back the older STAR WARS fanatics who left the prequel trilogy with a bad taste in their mouths.

The clip focuses on practical special effects, such as a model of a downed TIE Fighter, and various creatures and robots with an actual presence: Chewbacca, R2-D2, C-3PO, BB-88, and more than a few new kids on the block (one even who appears to be portrayed by an excitable Simon Pegg). According to production designer Rick Carter, “J.J.’s trying to make sure that these movies have a physicality to them.” The whirring 35mm camera is music to a film lover’s ears.

The clip features familiar music and plenty of footage of the new Star Warriors, but the real treat is seeing Carrie Fisher in character as Princess Leia Organa, looking particularly perturbed by the new crew of moon jockeys enlisted in her majesty’s secret service.  There also appears to be a Stormtrooper assault on what appears to be Yavin IV, a solid grunt from Peter Mayhew, and an ornery-looking Han Solo.

The featurette features plenty of throwbacks and classic characters, but also showcases touches of that particular J.J. Abrams style. The movie appears to involve lots of running and kinetic camera work, as opposed to the original trilogy’s more standard point-and-shoot style of directing. As Hamill said in the voiceover, “Everything’s changed, but not really.”

For all the reveals — Leia, Han, the Falcon — the Abrams Mystery Box is still in full effect; we haven’t gotten a full look at the older Luke Skywalker, so there is certainly much more to be seen over the next five months. Fans seem to be resting easy on this one (of course, everyone stood in line for PHANTOM MENACE fifteen years ago, too). “It’s being done with such love and enthusiasm from everybody,” Oscar Isaac states, “and I think you’ll be able to feel that coming off the screen.” 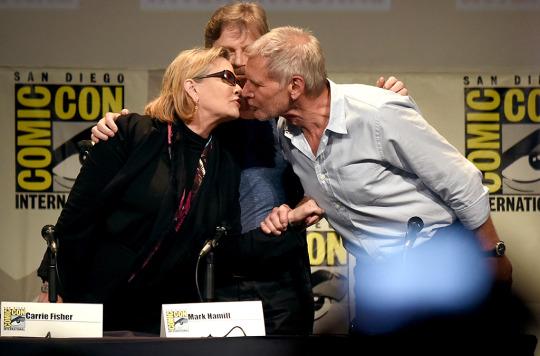