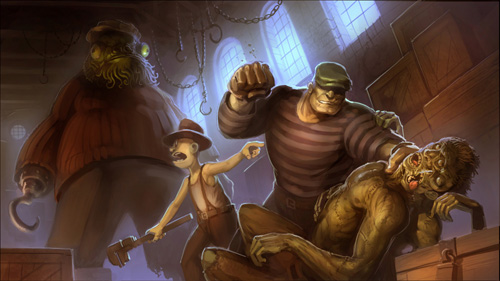 Several weeks have passed since the San Diego Comic Con, and yet, there is still plenty of news seeping its way onto the internets.  Or, as in this case, un-news.  If you didn’t know it already, cinema darling David Fincher has been trying for the last couple of years to get the financing together for a CGI animated feature based on Eric Powell’s wonderfully demented & bizarre comic series The Goon.  Zombie Priests!  Talking seal fortune tellers!  Zeppelin piloting octopuses!  Pure graphic madness.  Screams kids movie, right?

Well, in an interview conducted by AICN at SDCC, Powell  crushed the hearts of fanboys everywhere with “We’ve got tons of preproduction art. We’ve got a couple of little test animations like they have been showing and Blur has done a ton of work on this, but we haven’t started actually producing the thing, because they are still trying to get the money to put the whole thing together and get a studio attached and you know work out the deal and everything.” 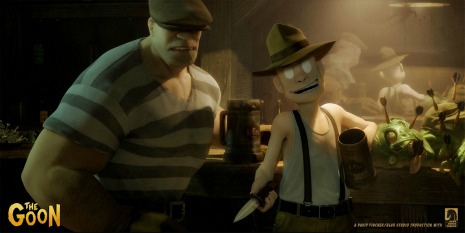 GAAAAH!  Knife To The Eye!  Seriously, we need this movie in our lives.  Clancy Brown as The Goon!  Paul Giamatti as Franky!  Again, Talking Seals!  It can’t possibly fail…okay, it’s gonna be a tough row to hoe.  You gotta have a lot of faith in the creators to toss money at a flick in which a mentally handicapped child pooping his drawers is a running gag.  Good luck to Fincher & Powell cuz yer gonna need it.  Chock this one up to, I’ll believe when I see it.  Until then keep reading the comics, enjoy Powell’s new take on Godzilla, and Fincher’s upcoming Girl With The Dragon Tattoo remake. 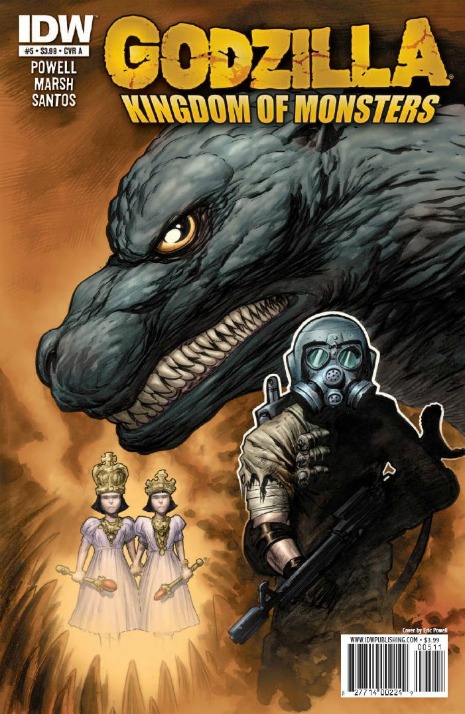