Home  ⁄  The Wire  ⁄  Dawn of the Director of the Planet of the Apes – Matt Reeves’ first film MR. PETRIFIED FORREST! 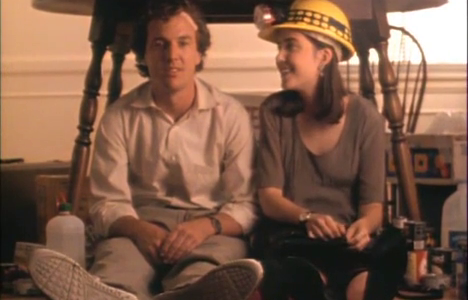 Matt Reeves is getting plenty of (deserved) accolades recently as the director of DAWN OF THE PLANET OF THE APES. It’s the third feature-length genre film he’d directed out of the four that bear his name (let’s not discuss the David Schwimmer vehicle THE PALLBEARER), and both of his previous genre works were met generally favorably as well. It’s no small feat to have three notable genre credits to your name, especially when they’re a sequel in a long-running franchise (APES), a found-footage giant monster pic (CLOVERFIELD) and a remake of a well-regarded foreign film (LET ME IN). Even fans that don’t care for aspects of CLOVERFIELD and LET ME IN can reluctantly admit that the man knows how to put together an entertaining movie.

And yet, Reeves doesn’t yet have the fan name recognition that filmmakers known for their genre work like Duncan Jones or Rian Johnson have. If you judge from Twitter, Reeves’ 12 thousand followers pales in comparison to Jones’s 174,000 and Johnson’s 74,000 – in face, he has fewer followers than Jen and Sylvia Soska, whose AMERICAN MARY found its audience primarily on video and streaming in comparison to Reeves’ films that have grossed over 400 million dollars! Heck, Kevin Williamson has 240,000 followers, and he just acts like a surly 9-year-old!

It’s certainly possible that Reeves is still perceived as being part of the J.J. Abrams machine, an assumption that the publicity for CLOVERFIELD did nothing to dissuade. It’s certainly true that Reeves and Abrams co-created “Felicity,” the show that made us care about Keri Russell’s hair. But while Abrams produced CLOVERFIELD and Reeves directed, all of the attention of that film seems to have been geared towards Abrams, as though this were some sort of Howard Hawks/Christian Nyby THE THING situation in which Reeves was just a hired hand. Subsequent efforts have shown that that couldn’t be further from the truth.

Not even subsequent – Reeves’ work previous to CLOVERFIELD could have shown that as well. One thing Reeves doesn’t have in common with the likes of Jones, Johnson or even the Soska Sisters is that, on the surface, he didn’t start small, with a well-crafted, independently-made genre picture that made little money but found its audience through word of mouth and repeated viewings. He didn’t have a MOON or a BRICK or a RESERVOIR DOGS for slowly build a reputation and for the diehard fans to later point to and snarl, “Yeah, his Hollywood stuff is good, but his first film really shows what he can do.”

Except, he kind of did. And if you’re a VHS collector, you may already own it.

When Reeves was attending the University of Southern California in 1992, he wrote, produced, and directed a 16mm short film called MR. PETRIFIED FORREST. It’s a charming dark comedy about a young man who has a near-death experience and is then taken back though his life via a similarly-deceased friend in order to determine what happened. He’d been so paranoid about different ways he could possibly be killed that he increasingly isolated himself from everything that could possibly cause any harm!

Sporting a nifty performance by Sam Clay (and featuring UHF’s David Bowe), you can actually check out this short right now online:

But unlike most student films, MR. PETRIFIED FORREST didn’t vanish off the face of the earth, never to be seen outside the confines of a few student film festivals. Producer Eric Parkinson got the rights to FORREST and a second student film, Oley Sassone’s THE ROOMMATE (which features a hilarious performance by Bill Paxton as the worst roommate ever), added a third segment featuring his SOULTAKER co-star Vivian Schilling, Brion James and Sydney Lassick, and put them together in an anthology, shooting new footage with the actors from the shorts to mix it all together.

Rechristened FUTURE SHOCK, the film, using various aspect ratios, was released by Hemdale Home Video in 1994, and ended up on video store shelves across the county. Heck, they even released it in both PG-13 and unrated versions, the latter featuring bonus footage of Julie Strain dancing that turns into a gay joke: 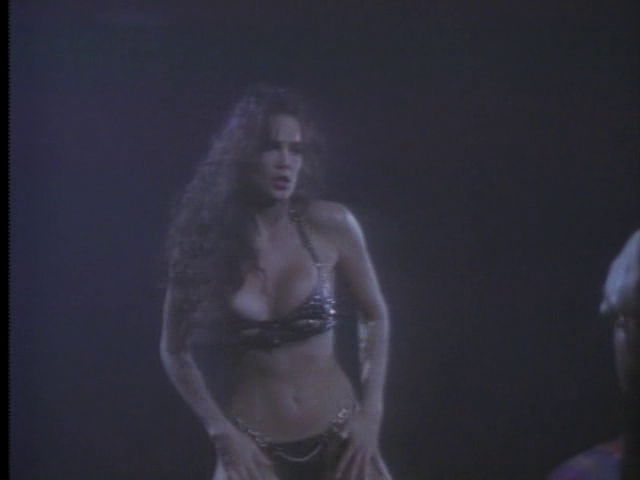 So you may already own MR. PETRIFIED FORREST in your collection, albeit with its credits excised, but paired with two additional shorts. Parkinson’s first segment isn’t great, though it does feature a great performance by Jones in a rare not-insane-or-psychotic role, but THE ROOMMATE is great (and Sassone went on to direct Corman’s ill-fated FANTASTIC FOUR movie) and Reeves’ short certainly shows the sign of a burgeoning talent with a good sense of getting the humor our of absurd situations. (It’s no wonder he was briefly involved with a TWILIGHT ZONE movie reboot.)

Best off, the VHS of FUTURE SHOCK includes interviews with the cast and crew of the films, allowing you to see the adorable little college kid that would go on to helm a hundred million dollar franchise talk about his fears: 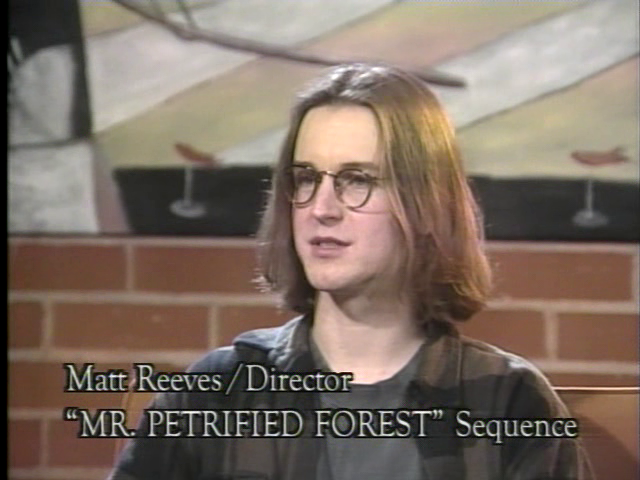 Awwww! With a face like that, how could you not love the guy? So watch MR. PETRIFIED FORREST, go see DAWN OF THE PLANET OF THE APES again, and give Reeves some damn credit already.