Hollywood, CA – Deaf Crocodile Films is proud to announce that it has acquired Swiss director Jean-Louis Roy’s long-unseen Sixties Cold War super-spy thriller THE UNKNOWN MAN OF SHANDIGOR (L’INCONNU DE SHANDIGOR, 1967) for World distribution (outside of Switzerland), in collaboration with the filmmaker’s sons Michael and Christian Roy.  Recently restored in 4K from the camera negative by the Cinematheque Suisse, the visually stunning THE UNKNOWN MAN OF SHANDIGOR originally screened at the Cannes Film Festival in 1967 and will be featured at the Fantasia Film Festival 2021 in Montreal, the largest genre festival in North America. 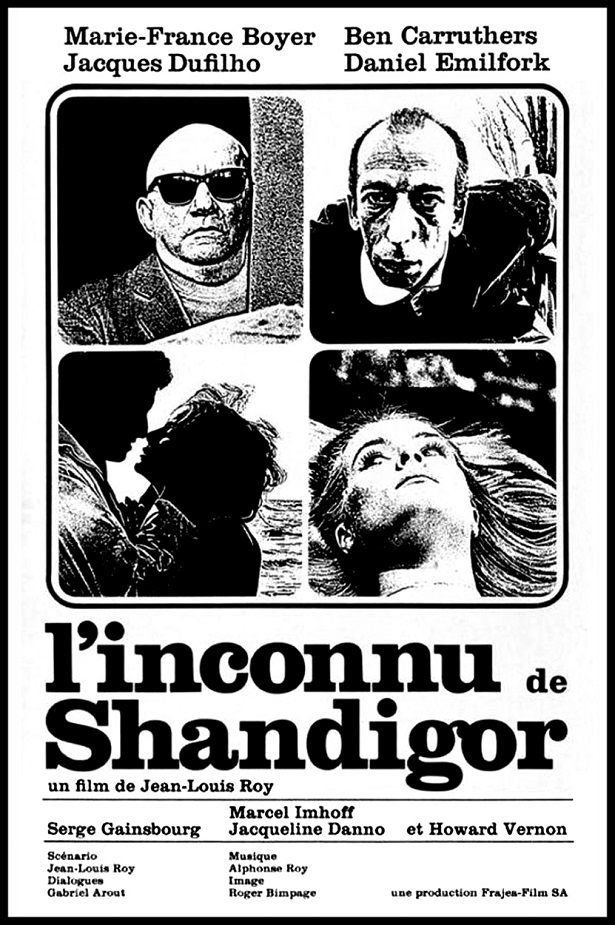 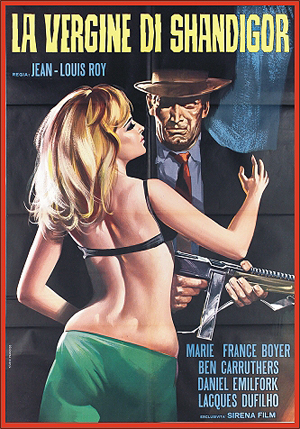 THE UNKNOWN MAN OF SHANDIGOR is a marvelous and surreal hall of mirrors, part-DR. STRANGELOVE, part-ALPHAVILLE, with sly nods to British TV shows like The Avengers and Doctor Who.  The film stars a Who’s Who of great Sixties European character actors starting with the unforgettable Daniel Emilfork (THE CITY OF LOST CHILDREN, THE DEVIL’S NIGHTMARE) as crazed scientist Herbert Von Krantz, who’s invented a device to sterilize all nuclear weapons called “The Annulator.”  A mad herd of rival spies are desperate to get their hands on the device, including legendary French singer Serge Gainsbourg Howard Vernon as the leader of a sect of bald, turtleneck-wearing assassins, and Jess Franco veteran Howard Vernon (THE AWFUL DR. ORLOF).  Gainsbourg’s deranged jazz-lounge song, “Bye Bye Mr. Spy” – performed by him on funeral parlor organ, no less – is arguably the film’s high point.  “An accomplished spy is at the same time psychologist, artist, funambulist, conjurer,” to quote one of the film’s characters – and the same could be said of Roy’s exotic camera obscura of B&W Cold War paranoia.  (In French with English subtitles.)

“THE UNKNOWN MAN OF SHANDIGOR has been high on my wish list of films to re-release for many years,” says Deaf Crocodile co-founder and head of acquisitions & distribution Dennis Bartok.  “The combination of dazzling B&W photography, Sixties cars and fashion, Gainsbourg’s iconic presence, and James Bond-era super-spy action makes it a wonderful rediscovery for film buffs who love that era.  I’m also a great fan of character actor Daniel Emilfork, who seemed to play a mad scientist or the Devil in almost every film he made – it’s fantastic to see him in such a substantial starring role here.” 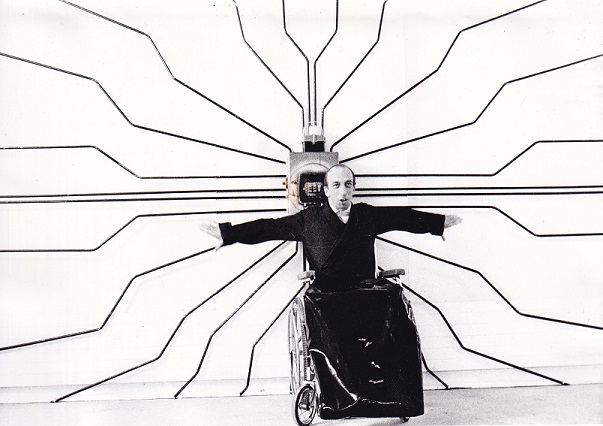 “We at OCN Distribution are excited to partner with Deaf Crocodile on their home video releases,” says Justin LaLiberty, OCN Distribution’s Director of Operations.  “Dennis and Craig have consistently put out impressive restoration work alongside unearthing forgotten films with both Cinelicious Pics and Arbelos, and we expect the same from their new venture. They share a similar mission and approach to film curation and preservation as OCN and our sister company Vinegar Syndrome and we can’t wait to release their films on physical media and share them with audiences around the world.”

“Our father was always fascinated by the United States and the creativity of its artists. Their influence on him was significant. Besides the genius of directors such as Alfred Hitchcock or Orson Welles, he was also captivated by the American society, so different in some ways from old Europe,” observes Michael Roy.  “Deaf Crocodile Films can’t do a better tribute to him than to distribute THE UNKNOWN MAN OF SHANDIGOR in America…. and around the world!”

Comments Christian Roy, “With THE UNKNOWN MAN OF SHANDIGOR and its strange atmosphere in the dark, my father taught me a lot about cinema, but also about life. I am happy that this film, 55 years after its release, still arouses interest.  It is a nice reward for all the passion, as well as all the efforts that were necessary to make this work exist.”

One of Switzerland’s most prolific and acclaimed filmmakers, Jean-Louis Roy was born in Geneva in 1938.  He started his career in his teens in the newly formed Swiss television corporation, first training as a cameraman, then editor, before devoting his talents to directing.  At the same time as his TV activities, Roy formed an independent cinema group in 1959 called “Les Films de l’Atalante,” and soon after directed a medium-length film, “D’un jour a l’autre,” which was awarded a certificate of merit at the 1961 Locarno Film Festival.  His 1964 musical film HAPPY END won the Golden Rose Award at the International Television Festival at Montreux.  Following the success of THE UNKNOWN MAN OF SHANDIGOR, he directed the feature BLACK OUT in 1970 and continued directing in film and television throughout the late 1990s.  Roy often worked with his father, Alphonse Roy, a noted musician and composer, on the soundtracks to his films including THE UNKNOWN MAN OF SHANDIGOR.  Jean-Louis Roy passed away in 2020.

Deaf Crocodile will release the 4k restoration of THE UNKNOWN MAN OF SHANDIGOR in late 2021 in theaters in North America, followed by digital and Blu-ray release in early 2022 with OCN Distribution.

The Unknown Man of Shandigor Trailer from Deaf Crocodile on Vimeo.