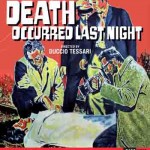 It’s amazing how much of a difference a minor translation change can make. The Italian title to Duccio Tessari’s 1970 thriller is LA MORTE RISALE A LERI SERA, which translates into English accurately as THE DEATH OCCURRED LAST NIGHT, a line of dialogue in the film itself that makes clear association with a particular death. When released in the United States, however, the film lost a word, and the resulting title, DEATH OCCURRED LAST NIGHT, seen in the relatively psychedelic trailer below and in Raro Video’s new Blu-ray release of the film, suggests that it applies to death in general.

It makes the concept of death more nebulous and unknown, and also makes the title ring more like one of a giallo film, a genre whose mysterious monikers sometimes even overshadow the films themselves. (Who the heck wouldn’t want to see something titled THE RED QUEEN KILLS SEVEN TIMES or YOUR VICE IS A LOCKED ROOM AND ONLY I HAVE THE KEY?) It’s no wonder, then, that the little-seen DEATH OCCURRED LAST NIGHT is often listed mentioned as a giallo, because, damn, it’s sure titled like one.

DEATH, however, is more akin to a poliziotteschi film with a little bit of revenge fantasy thrown in, a down-to-earth tale of the seedy sex slavery world of Milan. This certainly doesn’t make it any less interesting, and, in fact, DEATH is an impressively compelling tale of sordid vengeance, but those hoping for a stylized murder mystery akin to THE BIRD WITH THE CRYSTAL PLUMAGE or BLACK BELLY OF THE TARANTULA will find themselves in a less visually lush and more lurid (and more character-based) tale than they’d imagined. 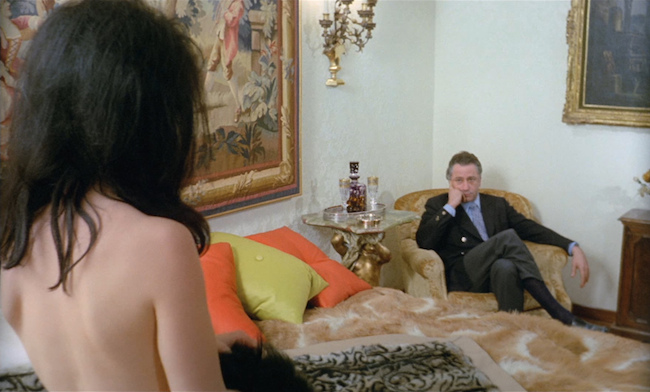 Familiar actor Frank Wolff (whose roles in genre classics range from ONCE UPON A TIME IN THE WEST to THE LICKERISH QUARTET to THE GREAT SILENCE) plays chief of police Duca Lamberti, whose latest case is the disappearance of Donatella, a 25-year-old mentally handicapped woman whose brain operates on the level of a three-year-old. Her mysterious departure is reported by her father Amanzio (Raf Vallone), a distraught widower to whom his daughter is his life.

Donatella’s rampant sexual appetite and trusting nature lead Lamberti and his partner Mascaranti (Gabriele Tinti) to believe she’s been sold into the sex trade, so with the help of ex-pimp-turned-car-salesman Salvatore (Gigi Rizzi), they begin investigating the world of Milan brothels in an effort to track her down. (This is done via an impressive music montage.) The trail runs mostly cold, but prostitute Herrero (Beryl Cunningham, of Sergio Martino’s ISLAND OF THE FISHMEN) gives them a lead in exchange for shelter from repercussions, so Lamberti allows her to stay at his house, much to the chagrin of his wife (Eva Renzi).

Without getting into too much detail as to the rest of the film, DEATH takes some surprising turns that make for an impressively bleak experience even today. Lamberti’s story gets much of the focus, but the character to watch is Amanzio, thanks to a great performance by Vallone. A mourning figure who has lost the only thing that gives his life meaning, he’s a sympathetically edgy figure, and one you can’t help but be captivated by. 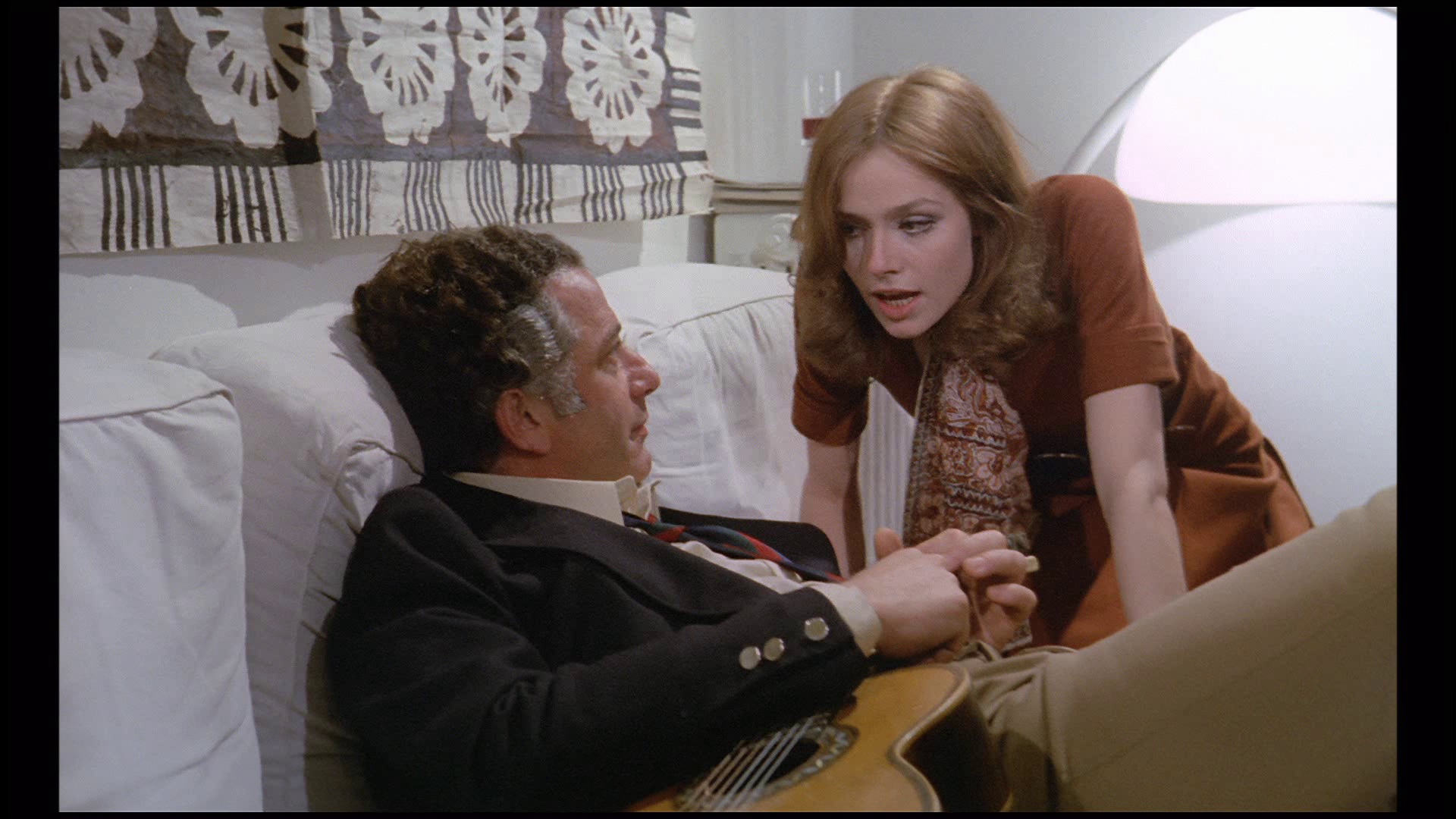 For the most part, DEATH plays like an above-average police procedural, with clever looks into the prostitution underworld that feel necessarily lurid without devolving into pure exploitation. (There isn’t any wall-to-wall nudity on display here.) Tessari (A PISTOL FOR RINGO) is a fair director, and while the film lacks much in the way of visual style, it’s not without its moments – a great scene between Herrero and Lamberti’s wife near the end of the film is downright beautiful, and there is enough witty banter between the two partners to establish them as characters rather than police archetypes. The only anomaly is Gianni Ferrio’s bizarre score, which is unnaturally upbeat and seems to present the tale of the sex slavery of a disabled woman as a fun, bouncy experience!

Fangoria editor Chris Alexander attempts to justify this score in his introduction – it’s a fair attempt, but, er, no, Chris. He also provides the relatively extensive liner notes that sell the film quite nicely, though the sales pitch isn’t really necessary – DEATH OCCURRED LAST NIGHT stands on its own just fine, a precursor to Paul Schrader’s HARDCORE that takes an emotionally unrelenting look at a grim subject and delivers enough punch to satisfy even the more hardened of eurocrime fans.

Raro Video’s Blu-ray release is fully restored from a 35mm print, and looks excellent, with DEATH’s gritty look coming across well in great detail. Trailers for the film are also included.