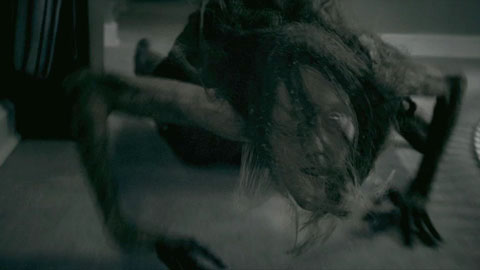 Like a record label you trust, if del Toro has his name on something, I am in. As most of you know, del Toro is producing the upcoming film MAMA and based on a few initial reports, the film is scary as hell and serves up some vintage frights. To get your ass in the seat, the freshly quaffed del Toro has recorded an introduction to the short film the picture is based on. MAMA premieres January 18th. 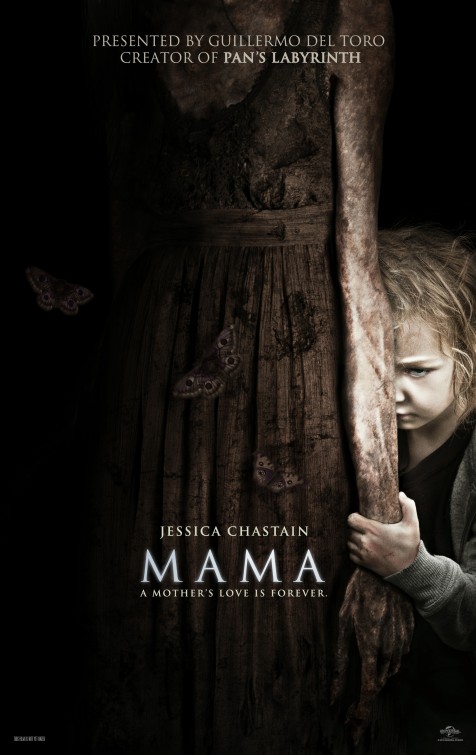 THE SKINNY ON THE FLICK:
Guillermo del Toro presents Mama, a supernatural thriller that tells the haunting tale of two little girls who disappeared into the woods the day that their parents were killed. When they are rescued years later and begin a new life, they find that someone or something still wants to come tuck them in at night.

Five years ago, sisters Victoria and Lilly vanished from their suburban neighborhood without a trace. Since then, their Uncle Lucas (Nikolaj Coster-Waldau) and his girlfriend, Annabel (Jessica Chastain), have been madly searching for them. But when, incredibly, the kids are found alive in a decrepit cabin, the couple wonders if the girls are the only guests they have welcomed into their home.

As Annabel tries to introduce the children to a normal life, she grows convinced of an evil presence in their house. Are the sisters experiencing traumatic stress, or is a ghost coming to visit them? How did the broken girls survive those years all alone? As she answers these disturbing questions, the new mother will find that the whispers she hears at bedtime are coming from the lips of a deadly presence.