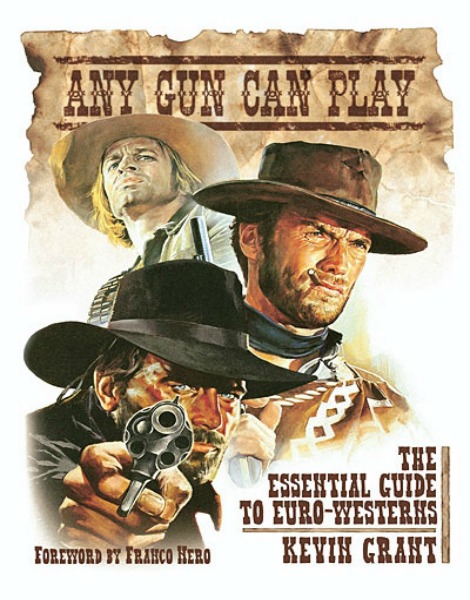 ANY GUN CAN PLAY: The Essential Guide to Euro-Westerns. The slow lonely drone of a harmonica signals sadness and solitude, and foreboding and fear. A whip cracks, horses hooves stumble on gravel, heat rises off the tundra. And the men. The men. Grizzled, tobacco-stained, living in their own filth for days at a time, rarely even removing their clothes. Listening to the earth, watching for smoke signals, attentive, aware, on target. 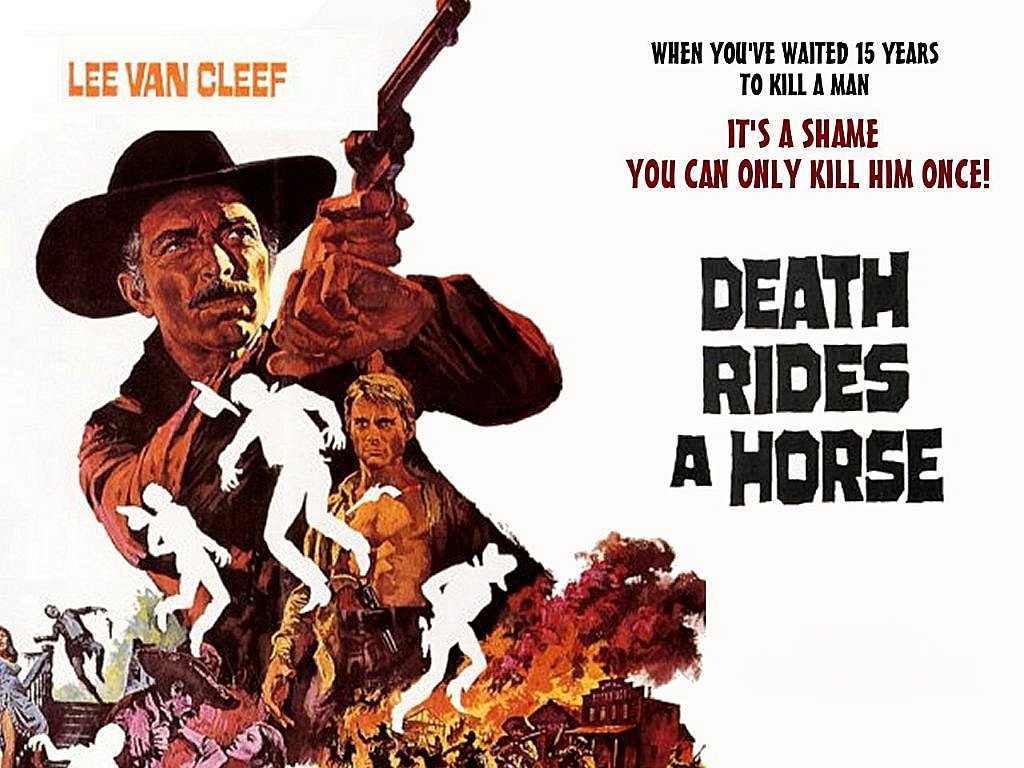 The western film perpetutates the mystique of these men, almost always held in esteems of strength, markmanship, and a preference for an empty bed to a bride by their side. Carrying these stories of adventurous outlaws to the nth degree, in the wake of Sergio Leone’s international breakthroughs with his DOLLARS trilogy, the euro-western producers claimed even more mental territory for cinema thrillseekers in the following decades. Features from Italy, Germany, France, and Spain, told new tales of life in the Americas while the country battled during its formations, where a badge was often meaningless against the onslaught of a few horseman with good aim, and those exploring new territories could meet equally swift ends at the hands of disease, lack of food and water, roaming bandits, and angry Native Americans.

Like an always full canteen Kevin Grant’s Any Gun Can Play: The Essential Guide to Euro-Westerns is a constantly nourishing and refreshing guide to survival amidst the hundreds of European-made stories of America’s old west, and like the majority of film guides from FAB Press, this treasure map leads to a pile of gold in any direction you travel. 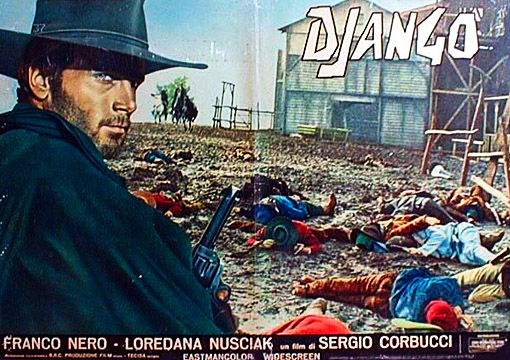 Lassoing research from global sources, Mr. Grant can boast an authoritativeness rarely seen in a specialized film genre book. You cannot take on a job like this without a connective love in your heart for such a vast genre and that love is fully exposed throughout this hefty text. Opening with words from the great star of many a rugged film, Franco Nero drops his own praise on the tome, opening the saloon doors for a dexterous ride through the trampled terrain of these films. Adding to the docented pathway, interviews with euro-screen stars Franco Nero, Guiliano Gemma, Gianni Garko, Sergio Donati and directors Sergio Sollimi and Guiliano Carnimeo raise the stakes even higher for what the fan of euro-westerns expects from someone claiming the word ‘essential’ to their roadmap of the genre.

Charting the trail forged by the earliest of the euro-western through Leone’s breakouts, Grant then international tributaries channeled by the success of those pictures, and the various trends in storytelling that erupted in their wake. While many are well aware of the plethora of gritty revenge tales that rocked many a screen, the genre also embraced counterculture politics into its tales, with bad men giving voice to public rebellion and a machine gun espousing the frustrations of countries in turmoil, both war-torn and lysergic. American heroes and their counterparts Jesse James and Billy the Kid gave birth to new sons of the open range with the coffin-bearing Django, and the comedic and brutal bravery of Sartana, Sabata, and Trinity brandishing their father’s mantle as they rode into new towns. 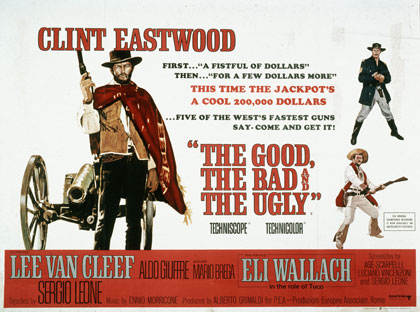 Grant’s detailed examination of the names and places of the genre and its own barrier-breaking makes for deep and enlightening reading. The beloved characters that would repeatedly inhabit these tales (Django acquired a new physical and emotional identity in almost every film) are held on mounted horse in the sunlight for our appreciation and dissection. The crossovers that would eventually occur as the western struggled to hold its place in cinemagoers’ hearts and minds is illustrated with the new horror and even martial arts stories that allowed for even whammier trailers than had been seen before.

Plastered with more rare full-color international poster reproductions than WANTED posters ever existed for Black Jack Ketchum, special gratitude can also be blessed upon this work as 64 pages scream forth with gunfire, intense man-versus-man action, and earth-tearing horse hooves. And sweeter than the madame at the local brothel, Grant supplies a chunky almost 50 pages dedicated solely to a lexicon of the players, producers, creators and storytellers of the genre in an exhaustive who’s who, followed by an almost 40-page chronological filmography of this genre unfairly hidden from film lovers who crave stories of bad men and the badder hunting each other in the heat-drenched praries of our collective barren souls. If Any Gun Can Play was only these last two chapters it would have everything needed to recommend. With the gorgeous illustrative texts, heavy examination, humor, and bold color reproductions, there must be a word beyond essential for this monumental film text. Highly recommended is a pale phrase for the true cinema enthusiast’s need for this book. Mandatory requirement is much more apt. Happy trails, indeed.

Shade is the author of DARK STARS RISING: Conversations from the Outer Realms. Available now from Headpress at Amazon.