It’s a great time to be a fan of soundtracks- especially if you’re into the synth heavy scores that accompanied exploitation films in the ’70s and ’80s. It seems like every few months a new reissue-centric label pops up with a slew of releases (even a poster-maker got in on the action last year) and a lot of new artists are creating music heavily inspired by these soundtracks (see: Umberto, Xander Harris, Ensemble Economique, Zombi, etc.). It seems like people should be talking about this. So how about I talk about it? 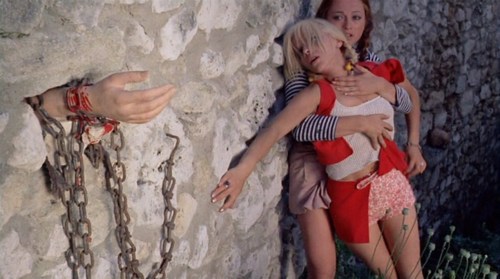 Today I want to take a look at a set of releases from Finders Keepers/B-Music celebrating the films of Jean Rollin. Pierre Raph’s score for REQUIM FOR A VAMPIRE and Phillippe D’Aram’s score for FASCINATION are each getting released on limited edition die-cut 10″ vinyl and compiled onto a single CD. The label is also releasing The B-Music of Jean Rollin, a 31-track CD only compilation that combines cues from REQUIM FOR A VAMPIRE and FASCINATION with 22 songs from 4 other Rollins films (THE RAPE OF THE VAMPIRE, THE SHIVER OF THE VAMPIRES, SCHOOLGIRL HITCHHICKERS, and THE NUDE VAMPIRE). 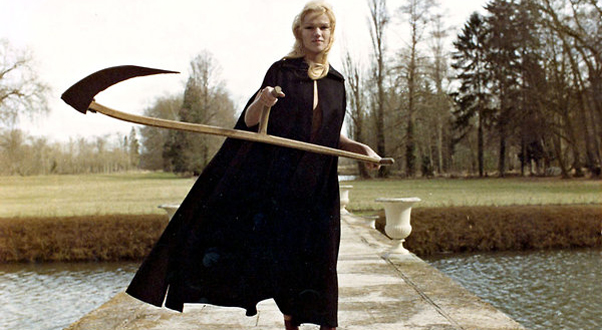 Not satisfied only inflicting that much damage on your wallet? Finders Keepers (the European wing of this operation) is also releasing a limited edition cassette of the REQUIEM FOR A VAMPIRE/FASCINATION compilation, a lithograph of the amazing painted artwork used on the FASCINATION release (limited to only 100 copies so the voices in my head keep telling me I don’t have time to calculate the pound-to-dollar conversion rate, I just need to buy it), and a download-only sampler that compiles some of their previous soundtrack releases with tracks from the Rollin releases and an album cover featuring Fascination star Brigitte Lahaie (http://www.klicktrack.com). Jesus.

Hopefully you’re either uninterested in all of this, or you make way more money than I do, because I’m kind of screwed right now. So save up and I’ll keep you posted the next time someone releases exploitation movie-related sounds that you need to spend money on.