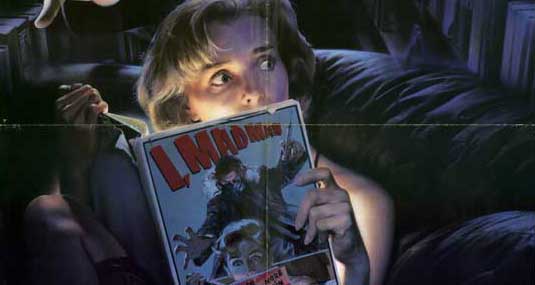 I know, nobody wants to take a field trip to the library, but I promise you, this one won’t be boring. We’ve been busy this week showing off 50 books that every cult movie fan should have, so check out our previous entries here and here if you haven’t yet done so!

– These are not ranked in order of best to last, worst to best, or Coleman Francis to Stanley Kubrick. This is just a collection of books you may want to take a look at. Below are titles 30-21, and we’ll be rolling out ten titles every day this week.

– Click the cover of the books to buy the goods, all the cool kids are doing it. 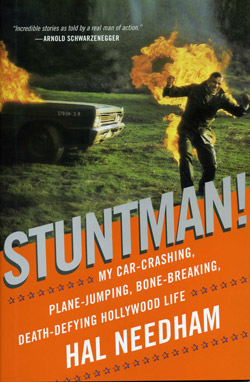 Hal Needham is arguably best known to the mainstream as the director of THE CANNONBALL RUN, but that really is only a small part of what makes him a Hollywood legend.If you look over his list of credits, you will see that he worked on over a hundred films in the stunt department, whether as a coordinator, actor, or stunt performer, or some combination henceforth. Here is a partial list of movies with his vital contributions (I’m sticking to the ones I personally have seen or else we’ll literally be here all day):THE SPIRIT OF ST. LOUIS, THE MAN WHO SHOT LIBERTY VALANCE, DONOVAN’S REEF, 4 FOR TEXAS, MAJOR DUNDEE, OUR MAN FLINT, BANDOLERO!, 100 RIFLES, LITTLE BIG MAN, RIO LOBO, THE NIGHT STALKER, THE CULPEPPER CATTLE CO., WHITE LIGHTNING, BLAZING SADDLES, CHINATOWN, 3 THE HARD WAY, THE LONGEST YARD, and THE END. Before getting into directing, Hal Needham was Hollywood’s number-one go-to stunt man. He made over 300 movies and broke over 50 bones.  When he wrote SMOKEY & THE BANDIT and convinced his buddy Burt Reynolds to star, he became a big-budget country-fried auteur.  He doesn’t direct anymore but he made a string of never-fail party movies that even us Yankees can love.  His autobiography, in which he recounts all of the above and more, proves he’s also a hell of a storyteller. -J 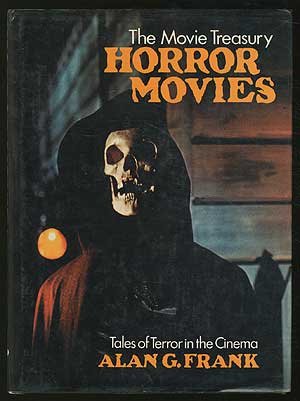 Traversing the shelves of my (tiny) local library as a child, there was one book that always stood out. It had a skeletal figure on the front, and was called – simply – HORROR MOVIES. It was years until I could work up the courage to finally read it, and it didn’t disappoint. Filled with photos of classic horror movie figures: Karloff, Lugosi, Price; it was my introduction to many of the faces and films that would dominate my imagination (and TV screen) over the following decades. It also covers many of the notable films from the Hammer catalogue, and was my first taste of Christopher Lee’s Dracula. A defining tomb in my development as a film fan. -D

By Cathal Tohill and Pete Tombs 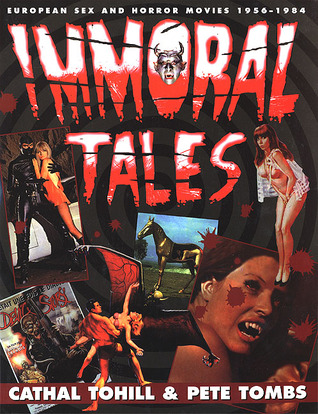 There are a number of great guides to Eurotrash film now, but when first published in 1995, IMMORAL TALES was a revelation.  After years of obscurity thanks to censored cuts and poorly-formatted VHS releases, Cathal Tohill and Pete Tombs brought Eurotrash out of the shadows in America and into the light, giving proper attention to the likes of Jean Rollin, Jose Larraz and Jesus Franco.  Chapters chronicling the history of the exploitation film industries of specific countries are a highlight, followed by chapters on individual filmmakers.  A fine appendix and a guide to Euro-comics that provided a huge influence are nice cappers, but the best segment is a beautiful full-color spread of movie poster reproductions.  While there are plenty of sources for poster art online, the poster for TWO UNDERCOVER ANGELS can never look as good as it does in print here. -P 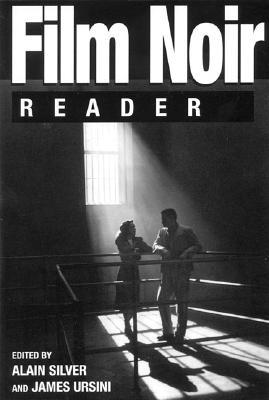 Like “psychotronic film,” I don’t know exactly how to define “film noir,” but I know I like it.  In a wide variety of essays from various writers, ranging from the birth of the crime film to the neo-noir films of the ’90s, Film Noir Reader attempts to not only define the genre and examine its archetypes, but to examine enough nooks and crannies of it to keep anyone interested in the world of hard-luck thieves and femmes fatale engaged for days.  While many of the essays are written for a more academic audience, that doesn’t make the content any less interesting, and the subject matter is compelling enough to not need extensive flair.  You’ll probably end up jumping around a bit, but when you have the opportunity to jump from the noir films of Anthony Mann to an analysis of Cornell Woolrich’s masochism to a look at the likes of the direct-to-video DELUSION and GENUINE RISK, how can you resist? -P

For further reading:  Film Noir: An Encyclopedic Reference to the American Style is exactly what it says it is, and Arthur Lyons’s Death on the Cheap: The Lost B-Movies of Film Noir fills in some nice gaps, peeping into the hidden shadows cowering in the corners.  If you just love the pulpy, bad dame-filled art that the posters produced, Art of Noir is a must-have coffee table item. 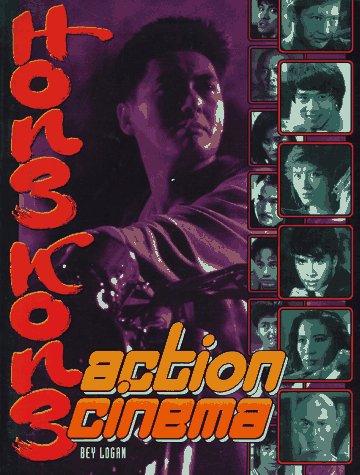 While Bey Logan is best known these days for his impeccable DVD commentaries (over 120 recorded so far!), in the mid 90s he was responsible for introducing tons of westerners to the expansive world of Hong Kong action; from the martial arts films of Golden Harvest and the Shaw Brothers; to the modern gunplay movies of Tsui Hark, Ringo Lam and John Woo. While Hong Kong Action Cinema isn’t extensive, it provides a crucial overview of the action scene right at the time that many of the most popular directors were making the jump to Hollywood. The book might seem quaint in 2013, but at the time it was a revelation, and was the entry point for many film fans looking to expand their vocabulary. -D 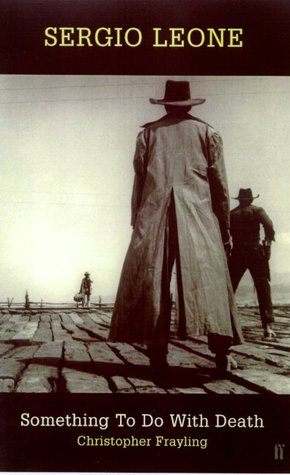 Sergio Leone is my favorite filmmaker.  He directed no more than ten movies in his life (the exact number is a technicality) and the majority of them are stone classics.  When we talk about Sergio Leone, we’re talking about the following films:  A FISTFUL OF DOLLARS, FOR A FEW DOLLARS MORE, THE GOOD THE BAD & THE UGLY, ONCE UPON A TIME IN THE WEST, DUCK YOU SUCKER!, and ONCE UPON A TIME IN AMERICA.  That’s arguably the greatest single filmography in the history of world cinema.  By that I mean I would be someone who would argue it.  There have been many books about “spaghetti” Westerns in general and Sergio Leone in particular, but maybe the best ones are the ones written by Christopher Frayling, a British historian who took these movies seriously before most people in the critical establishment did.  His DVD commentaries are always a treat, on the Leone films and others (including FRANKENSTEIN, BEAUTY & THE BEAST, and THE INNOCENTS), and the same level of thoughtful and dexterous detail is applied to the life of Sergio Leone in this book.  I first picked it up at the Autry Museum in 2005, when they presented an exhibition curated by Christopher Frayling on the films of Sergio Leone.  No exaggeration:  That is one of my favorite memories in life, and this book has remained on my night table since.  You know, where most people keep their Bible. -J 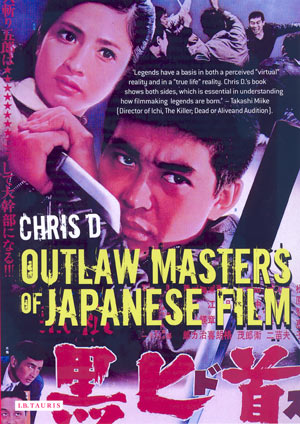 The only thing Chris D. isn’t is an astronaut. I can say that with a high degree of confidence but in no way is that definitive statement. Chris D (aka Chris Desjardin) is a poet, singer, songwriter, actor, filmmaker, former programmer at the American Cinematheque, and of course an author. He has also laid down some great commentary tracks for films like SEX & FURY. Films that test you, push boundaries, outlaw cinema. Based on the series he hosted at the Cinematheque, OUTLAW MASTERS OF JAPANESE FILM is a collection of interviews with 14 artists who made a sizable impact on Japanese cinema. Artists that have hearts that beat with the rhythm of a rebel. From Sonny Chiba to Takashi Miike, Chris D. takes you on a tour through some of the greatest unsung heroes of film complete with a detailed (and accurate, looking at you IMDB) filmography for each subject. Some of the artist are a little obscure, but all are fascinating and will have you searching for new titles to add to the watch pile. – G 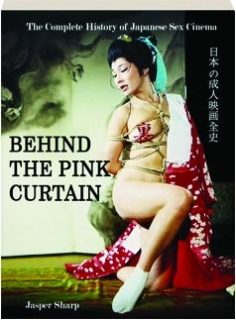 The pinku eiga genre has been covered at length and in-depth several times. So who needs another book about the kinky pink? You do, because none of them have covered the genre from this angle. Jasper Sharp studies the films as you would expect, but goes several steps beyond and covers the industry that created the genre and allowed it to become one of the hallmarks of Japanese cinema. As the editor of the Midnight Eye, a website that covers Asian films, Sharp brings a scholarly but always entertaining approach to the subject. I crack this book open several times a month when researching titles. This is the definitive book on the genre. – G

By Ray Harryhausen and Tony Dalton 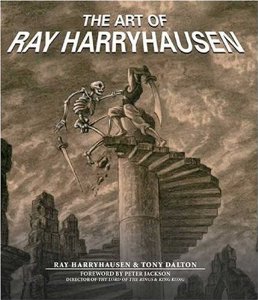 This hefty tome is essentially the autobiography of one of the twentieth century’s greatest artists.  Ray Harryhausen did nothing less than breathe life into inanimate objects, thrilling multiple generations with the stop-motion characters, creatures, beasts, and monsters he created for movies.  If I’m being honest, I haven’t read the entire text of this book, only because the many beautiful pictures are so captivating.  The cover itself will occupy your eyes for hours:  It’s a drawing of Sinbad, at the edge of a spiral staircase in a gloomy landscape of cliffs and stormclouds, his scimitar hefted over his head as he prepares to strike a final blow at the skeleton warrior he’s battling.  This, along with the many drawings of apes and dinosaurs inside, reminds you that Harryhausen was not only a master sculptor and animator – he could really, really draw too!  The world lost Ray Harryhausen this year but we can thank our major deity of choice that he left this book behind for us to worship. -J

21. Raiders!: The Story of the Greatest 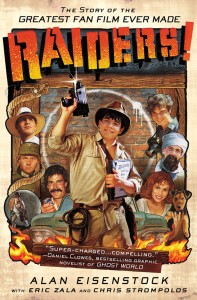 I take the unique position that everyone who has even the slightest inclination should try to make a movie. They’ll almost certainly fail, and the results will likely be unwatchable, but everyone should experience the collaboration, struggle and intense satisfaction that comes from the process of filmmaking. Those who succeed are those who have the passion to overcome their limitations, and that passion is beautifully demonstrated in Alan Eisenstock’s dramatization of Eric Zala and Chris Strompolos’ attempts to stage a shot-for-shot remake of RAIDERS OF THE LOST ARK between 1982 and 1989. Their journey is one of constant setbacks, mistakes and personal trauma, but their eventual success and rediscovery makes for a stirring and inspiring tale. Proof that even the strangest – and seemingly misguided – projects can eventually find an audience. -D