Home  ⁄  The Wire  ⁄  [DG News] HENRY: PORTRAIT OF A SERIAL KILLER To Get 4k Restoration 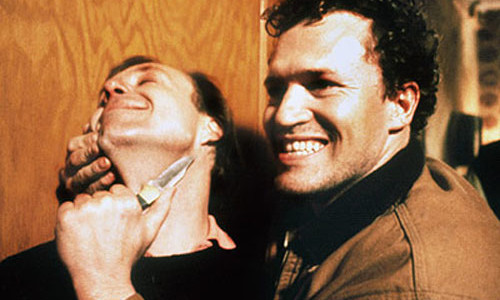 HENRY: PORTRAIT OF A SERIAL KILLER,writer/director John McNaughton’s infamous debut feature, has received a 4K restoration and will be making its way back into theaters to celebrate its 30th anniversary. 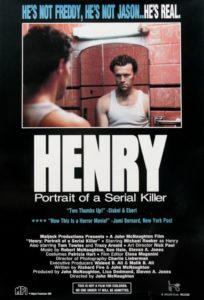 It is not often that horror movies that have issues with the MPAA live up to their notorious hype. HENRY is one of those rare films that turned out to be as disturbing and upsetting as audiences had been led to believe. Loosely based on the life of serial killer Henry Lee Lucas, HENRY tells the tale of the titular serial killer (Michael Rooker), a quiet, cold man who drifts into Chicago. There he meets up with Otis (Tom Towles), an acquaintance from prison, who lets him stay in his apartment. It is not long before Otis joins in Henry’s murderous ways with more than a little gusto. Complicating matters (for the audience, but not so much for Henry) is Otis’ sister Becky (Tracy Arnold), a sweet-natured young woman who also lives with Otis after leaving her abusive husband. When compared to the violent man she left and the lecherous behavior of her brother, the quiet, insular Henry does not look like a bad deal to Becky. But in a movie this bleak, any ray of hope is misplaced.

HENRY was one of a wave of films (along with THE COOK, THE THIEF, HIS WIFE AND HER LOVER and TIE ME UP! TIE ME DOWN!) in the mid to late ’80s that were given the dreaded “X” rating by the MPAA and eventually led to the creation of the “NC-17” rating. Despite the fact that the film implied most of the very worst violence and onscreen gore was kept to a minimum, the tone of hopelessness and the gritty documentary look was enough to get HENRY stamped with an “X.” Despite a successful festival run that found critics championing the film from not flinching away from the ugliness it presented, that “X” rating was a kiss of death and HENRY sat on the shelf for four years before it finally received distribution by surrendering the MPAA rating and going out unrated (a much more unusual circumstance in 1990 than it is now). 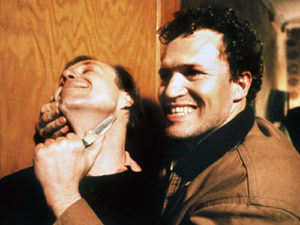 After a fairly successful theatrical run, HENRY truly found its audience on home video. Helped along by the notoriety of its issues with the MPAA and word-of-mouth among both horror fiends and the art house crowd, the film quickly gained a cult status that has existed until today. It launched the very eclectic careers of McNaughton, Rooker, and Towles and is still considered one of the most uncompromising looks at how a remorseless serial killer operates. 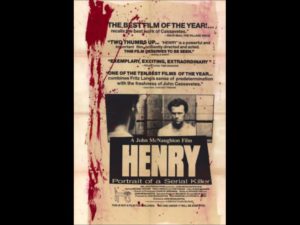 The 4K restoration of HENRY was taken from the 16mm original camera negatives and was approved by McNaughton. It will premiere, fittingly enough, at the Chicago International Film Festival on October 14th. McNaughton and Rooker will be in attendance to present the film and participate in a Q&A session. Dark Sky Films will then roll out the film for a small theatrical release starting on October 21st in New York City and October 28th in Los Angeles. Other cities and dates will be announced later.

While it remains to be seen if giving a 4K restoration to a film that was helped along by its grimy look is a great idea, anything to get HENRY in front of a new generation of audiences is welcome. It is a stone cold classic that still has the power to upset and shock the most jaded of viewers.