Tom Holland is set to make his long-awaited return to the director’s chair with the upcoming horror film ROCK PAPER DEAD, according to DEADLINE.

The film will follow Peter Harris, a serial killer who was known as “The Doll Maker,” as he is released after a twenty-year stint in an insane asylum. Harris returns to his childhood home where he tries to fight off dark memories of his abusive adolescence. Not surprisingly, things go downhill for Peter (and I’m guessing, several supporting characters and bit players) when a young woman enters his life and murderous mayhem resumes. 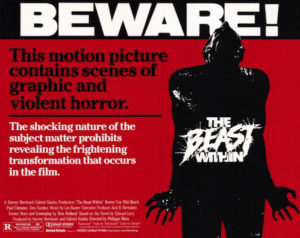 Probably best known as the writer/director of the original FRIGHT NIGHT and CHILD’S PLAY, Holland was also the screenwriter behind early ’80s cult favorites THE BEAST WITHIN, CLASS OF 1984, PSYCHO II, and CLOAK & DAGGER. While the premise of ROCK PAPER DEAD sounds a little threadbare, it is worth pointing out how much Holland’s clever screenplay for PSYCHO II turned the terrible idea of a sequel to one of the greatest horror films ever into a macabre exercise in dark humor with a pitch-perfect ending. Hell, he sold us all on the idea of a serial killer’s soul possessing a child’s doll. A filmmaker with that kind of talent deserves the benefit of the doubt. 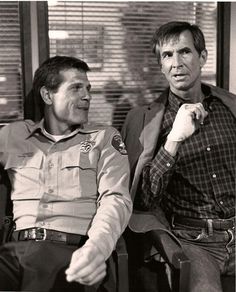 Beyond Holland’s involvement, ROCK PAPER DEAD also brings the impressive horror pedigree of a script co-written by original FRIDAY THE 13TH  screenwriter Victor Miller, a score by Harry Manfredini (FRIDAY THE 13TH, HOUSE), and special effects by Vincent Guastini (REQUIEM FOR A DREAM, THE TAKING OF DEBORAH LOGAN. That is a lot of talent for what sounds to be a modestly budgeted indie horror film. Gaustini is also co-producing and creating a line of creepy dolls and Halloween masks based upon the victims in the film. Because why should only studio blockbusters get to cash in on that sweet, sweet merchandising money?

Despite the wealth of horror favorites contributing to the film, Holland’s attachment as director is the big draw with ROCK PAPER DEAD. Although he has remained busy directing a MASTERS OF HORROR EPISODE and served as the creator and director of the 2013 web series TWISTED TALES, Holland has not directed a feature film since 1996’s THINNER. It will be interesting to see if the man responsible for helping warp the minds of so many ’80s kids has another genre favorite up his sleeve.