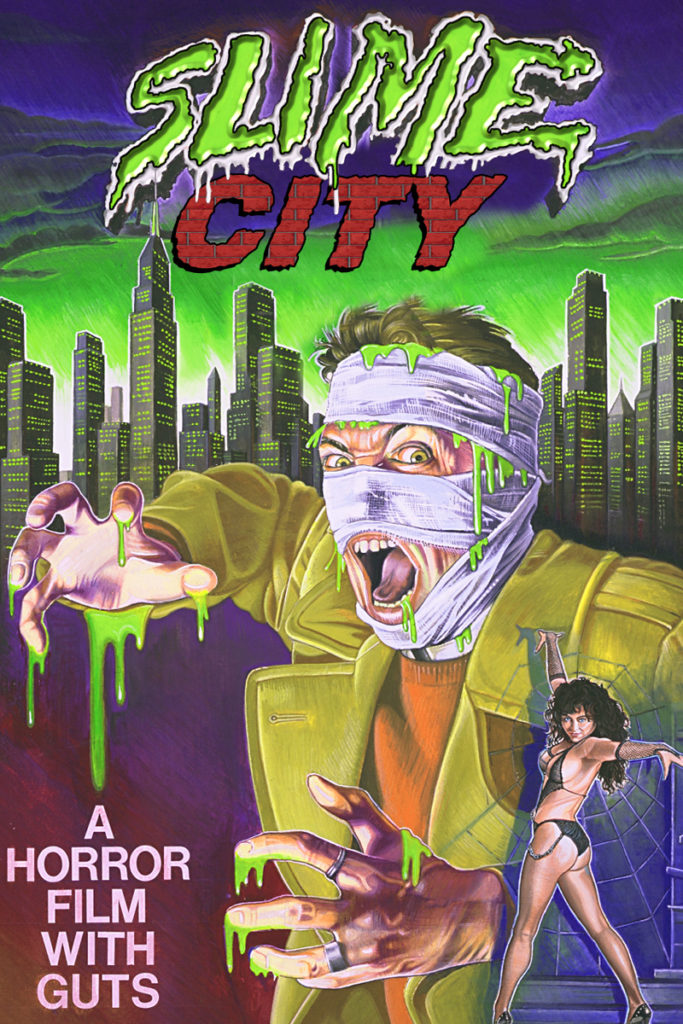 When the classic body-horror comedy STREET TRASH got its Blu-Ray release in 2013, there was much cause for rejoicing. Now fans of watching people melt into puddles of neon-colored goo and gore can double-down on their excitement when SLIME CITY and SLIME CITY MASSACRE hit the format this December, in a disgustingly jam-packed double-feature disc. 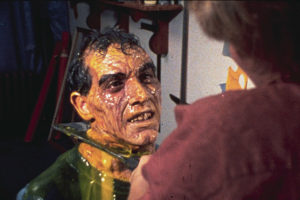 Shot in 1998 by a 21-year-old Gregory Lamberson, SLIME CITY tells the bizarre tale of a couple who move into a seemingly normal NYC apartment complex, but find themselves at the mercy of the strange forces that inhabit it. What sounds like a typical beginning to a horror movie goes through a neon-drenched turn for the insane, coupled with a synth score and some brilliant special effects work that recalls the creature work from John Carpenter’s THE THING.

In 2010, Lamberson unleashed the follow-up, SLIME CITY MASSACRE, and revisited the universe he created on a much grander scale. In a bombed out NYC slum where everyone is striving to survive a group of desperate vagrants stumble across a food and drink supply that begins to change them in unique ways. Soon they find themselves in a three-way battle for dominance for the slum, and the only way it will be decided is by who is left standing when the carnage ends. Blending comedy, action, and body horror with more disgustingly wonderful effects work make this the perfect follow-up to the scrappy low-key marvel SLIME CITY. 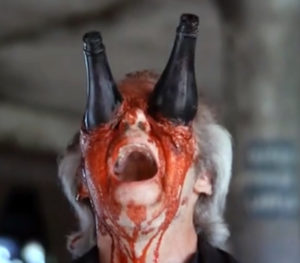 While both of these movies had decent DVD releases before, this marks the first time both of these films are getting the high-definition treatment, so viewers can enjoy the oozing depravity in beautiful 1080p-resolution. Considering the previous releases are getting tougher to find for reasonable prices (copies of SLIME CITY MASSACRE can be bought starting at $40.00), and that this new Blu-Ray comes with all the special features on the old ones, as well as new features like additional commentary tracks and on-set interviews, make this a no-brainer for fans and newcomers to the wondrous world of “melt movies.” 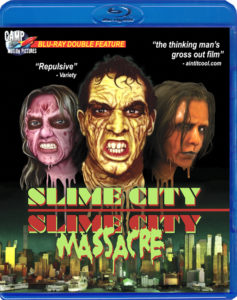 The SLIME CITY/SLIME CITY MASSACRE Double-Feature oozes onto Blu-Ray December 13th from CAMP MOTION PICTURES. (They also have a great price on another DG-reviewed title, SCAREWAVES!)