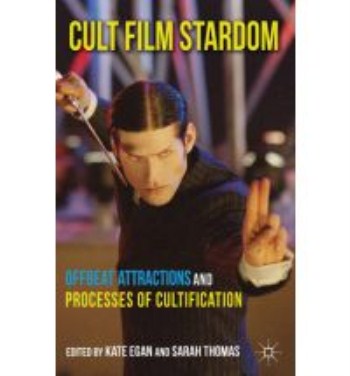 A friend and I were discussing the actors, mostly known for their horror roles, who seem pop up in a disproportionately high number of lower-budgeted horror films as of late – the likes of Bill Moseley, Kane Hodder and Sid Haig, for example. It seemed at the time as though every other low-budget movie used the name of an acclaimed horror star as a selling point, even if they were only in the film for a minute or so. As if to accentuate our point, the convention we were on the way to was holding a screening of a new film called THE INFLICTION – which had Moseley, Haig, and similar icons Doug Bradley and Giovanni Radice, who had recently re-emerged as an active cult figure thanks to convention appearances and renewed interest in many of the Italian horror films he made in the early ‘80s.

The trend isn’t surprising, nor is the fact that the hardest-working of these genre vets are the same ones who maintain a strong presence on the convention circuit – they’re dependable, likeable, professional people that have shown that they respect and embrace their own cult followings. Their name on a production lends it a certain notoriety, and allows the film to stand out a bit in terms of name recognition in a crowded field of unknown would-be cult classics. How it effects the quality of the film is questionable – THE INFLICTION sported a fine performance by Moseley, but Bradley and Radice were both miscast as American lawmen — but it’s hard to argue that the pair have not earned their fan base.

It’s this idea of a “cult film star” that Kate Egan and Sarah Thomas, both lecturers in Film Studies at Aberystwyth University in the U.K., address in their anthology CULT FILM STARDOM: OFFBEAT ATTRACTIONS AND PROCESSES OF CULTIFICATION. An academic tome (and similarly priced at $90) featuring pieces on subjects as diverse as Bill Murray, Ruth Gordon and Weng Weng, the book features a wealth of material that manages to address various aspects of cult fandom, from defining it to disseminating how various cult stars managed to develop such a committed following. 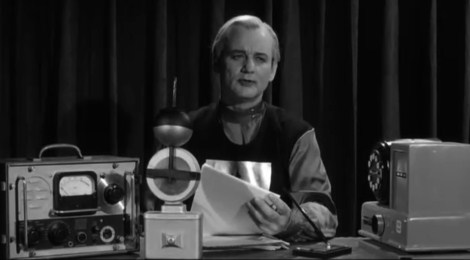 The first section, “Connecting ‘Cult’ and ‘Stardom,’” features a pair of pieces that attempt to determine how a cult star is defined, and how a star that appears in several “cult films” isn’t necessary thought of as a “cult actor,” such as Harrison Ford, whose mainstream success have made his appearances in STAR WARS and BLADE RUNNER less noteworthy. Thomas’s piece is a deeper examination of how character actors can become cult figures, using the likes of Harry Dean Stanton, Steve Buscemi and Elisha Cook, Jr. as examples.

Part II contains examinations of cult stars that are considered “mainstream,” though their box office success is more limited. Jim Whalley’s piece on Bill Murray provides an interesting portrait of the comic legend who now works only on projects in which he only has a vested interest, though his description of Bunny Breckinridge, the person Murray plays in ED WOOD as an “actor and drag queen” seems a bit dismissive, especially due to the fact that in the film, Bunny isn’t portrayed as the latter and only tangentially the former. Jamie Sexton’s take on Chloe Sevigny is a solid examination of the star more known for her fashionista status (and Vincent Gallo fellating) than her performances, though it doesn’t delve into the bizarre case of her taking back her criticisms of “Big Love,” the HBO show in which she starred, calling at “awful” in an interview with the Onion’s AV Club and then claimed the quotes were taken out of context. While it’s mentioned, it seems like a missed opportunity to discuss the controlling of a cult status – wouldn’t this be a rare chance to question who is really in control of the image? 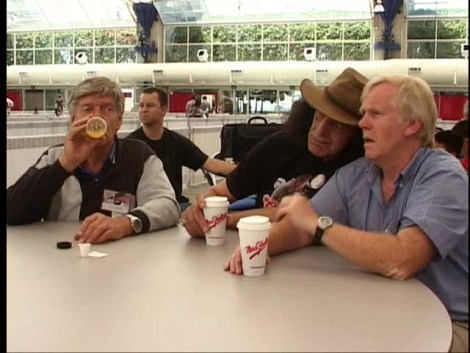 Jason Scott’s piece takes a look at the cult status of convention regulars similar to those in the first paragraph – STAR WARS vets Anthony Daniels, David Prowse, Peter Mayhew, Kenny Baker and Jeremy Bulloch. It’s one the most captivating works in the book, a careful reading how fandom itself can create cult figures on its own, and how some are rejected due to no fault of the performer, like Jar Jar Binks portrayer Ahmed Best.

Part III, “Directors, Reputations and Cult Acting” explore the link between cult performances and the directors, starting with Justin Smith’s reading of Vincent Price in THE WITCHFINDER GENERAL that builds upon Vincent’s cult persona with the guidance of director Michael Reeves. Steven Rawle’s piece on Martin Donovan’s performances in Hal Hartley films is a solid entry, and a fair analysis as to why Donovan doesn’t seem to be used well by other directors. The following piece by Ernest Mathijs on the nature of the director’s cameo in films, using David Cronenberg as the main example, is another highly compelling essay, exploring the nature of the cult audience’s knowledge of the figure in order to underline a character – TO DIE FOR’s ending, in particular, is a special knowing wink to cult fans. James Lyons’ piece, on the nature of “mumblecore” directors and their fans, and especially the venom leveled at them from their detractors, is compelling mostly if you already have an opinion on Joe Swanberg or the Duplass Brothers. 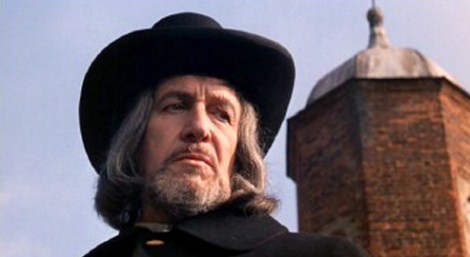 The next part, “Cult Identities: Gender, Bodies and Others,” contains three pieces of huge interest to G fans, and they’re all worth reading. After Karen McNally’s look at Montgomery Clift and the redefinition of his image after his 1956 car accident, we get to Leila Wimmer’s fascinating piece on EMMANUELLE star Sylvia Kristel and her efforts to transcend her role in the erotic classic, which would make for noteworthy reading anyway, but Wimmer’s genuine interest in the star comes through in spades, though her dismissiveness of Curtis Harrington’s MATA HARI and Christopher Coppola’s DRACULA’S WIDOW (both are dismissed as “‘low’ genre films” in conjunction with the admittedly-‘low’ RED HEAT) seems a bit much. Editor Kate Egan takes the reigns for a piece on the cult phenomenon of Ingrid Pitt, who became a cult figure despite appearing a only a few notable films. 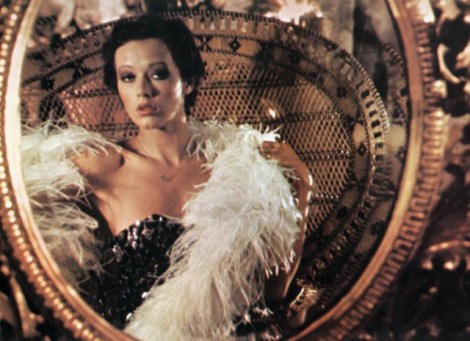 It’s Iain Robert Smith’s piece on diminutive Filipino action superstar Weng Weng (also profiled in the most recent issue of Cashiers du Cinemart by Andrew Leavold, whose forthcoming documentary on Weng is mentioned here) that’s the prize of the book, however. Not just an examination of how Weng’s notoriety in the western world grew, but how Weng’s size is seen as a jokey gimmick to most who have become enthralled by him, even if they are almost apologetic in their admissions. It’s a solid point, and Smith does a fine job using many examples from online fandom and Ian Jane’s own essay on the DVD release of FOR Y’UR HEIGHT ONLY to accentuate it – a type of fandom and cult worship that didn’t exist at all twenty years ago, and can now be seen as a solid source for general reputation. 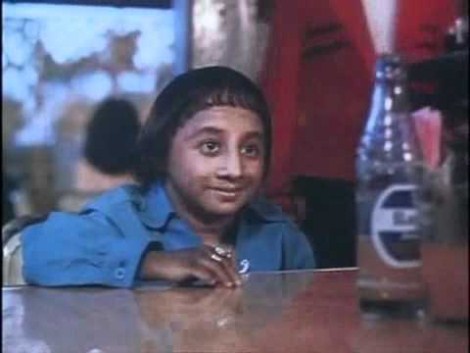 The final section, “Cult Stardom in Context,” focusses on how cult stars are perceived by film critics, starting with a fine piece by Mark Jancovich and Shane Brown that compares the critical reputations of Boris Karloff and Bela Lugosi. The final piece in the book takes a look at the late-‘60s popularity of Ruth Gordon and Elizabeth Taylor in context of the fascination with aging female stars in a “camp” context, another piece of note, though it does seem to sideline other actresses working similarly at the time (Shelley Winters, Bette Davis, Joan Crawford) for the sake of brevity. 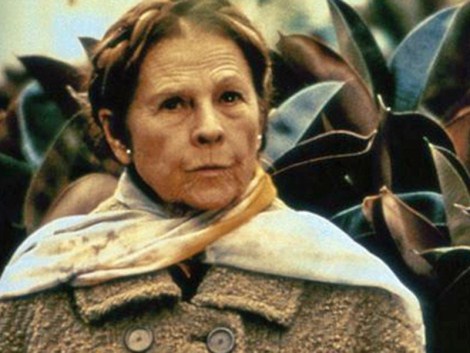 Grouped together as one book, CULT FILM STARDOM is a well-written, if obviously academic work – most chapters have the phrase “In this chapter, I will-“ in there somewhere. While some pieces are more compelling than others (and certainly, all will depend on your familiarity and interest in the subject matter), none are so dry that you’d feel as though you were reading this only out of obligation. Unfortunately, with the academic price tag, most readers would only be reading it in such a circumstance – hopefully some of these essays can find a home in a more wallet-friendly locale.