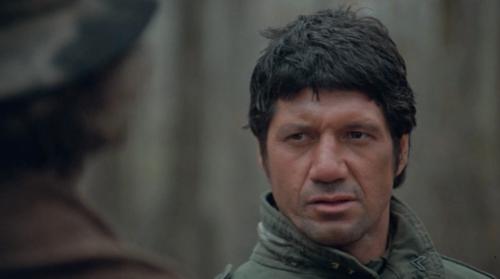 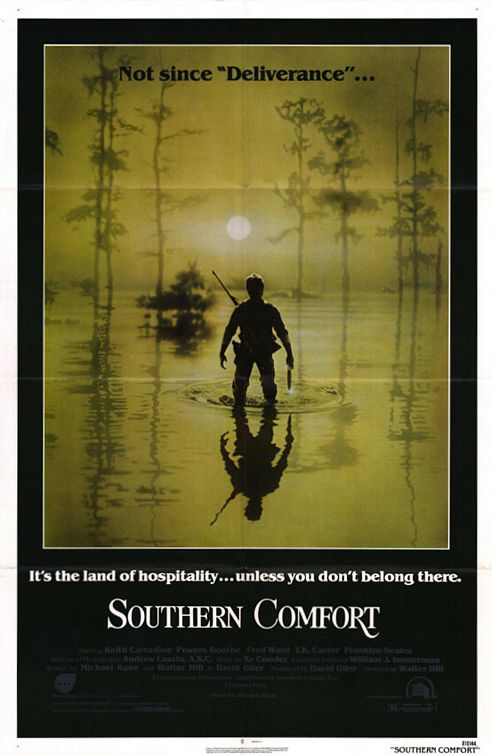 SOUTHERN COMFORT is playing tonight at the 92Y Tribeca, followed by a Q&A session with the film’s co-writer and director, Walter Hill.  My mentioning this event at this point is not much more than a cocktease, since you can’t get in.  (Believe me, I tried.)  It sold out long ago.  But that’s reassuring, in a way, since this movie deserves the recognition.  Coming from a director who has made genre classics such as 48 HRS. and THE WARRIORS, in an era when studios look to genre classics more as remake fodder than the precious artifacts they are, it would be too easy to overlook SOUTHERN COMFORT for any number of reasons. 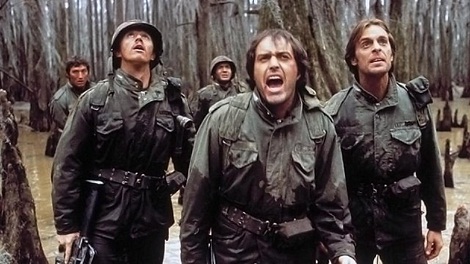 SOUTHERN COMFORT centers on a platoon of National Guardsmen who are deep in the Louisiana Bayou on a training exercise.  They run straight into the wrong side of some locals, when one of them stupidly fires blanks at some Cajun hunters as a joke.  The Cajuns shoot back, killing the squad leader, and now our guys (who aren’t armed with live rounds) are running scared. 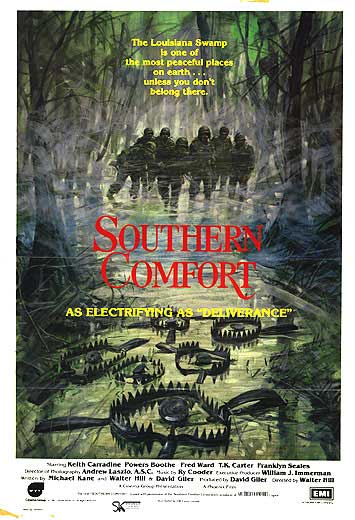 The promotional materials at the time pushed the similarities to DELIVERANCE real hard, and surely that comparison isn’t wildly off the mark.  More intriguingly, the trailer mentions APOCALYPSE NOW, which really highlights a Vietnam connection which the director may or may not have intended.  Hill has resisted the obvious reading of SOUTHERN COMFORT as Vietnam allegory, probably because the apparent parallels — underprepared platoon cornered in the jungle by a crafty, often-unseen indigenous enemy — are so close to the surface they barely qualify as subtext.  What’s interesting about SOUTHERN COMFORT, even more than a more on-the-nose Vietnam allegory like PREDATOR — is that, technically speaking, the ‘invisible’ foreigners are Americans! 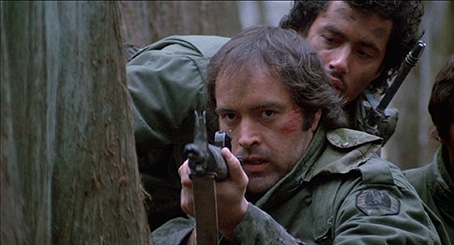 The Cajuns in the movie have their own insular community and their own culture and even their own language (some of them speak only French), but this is still happening within the bounds of the United States.  Walter Hill is one of the last true practitioners of the Western genre, and so SOUTHERN COMFORT, coming a year after Hill’s THE LONG RIDERS, by the way, is at least as much “cowboys & Indians” as it is anything to do with Vietnam, if not more so.  It’s just that the visual cues are way different. 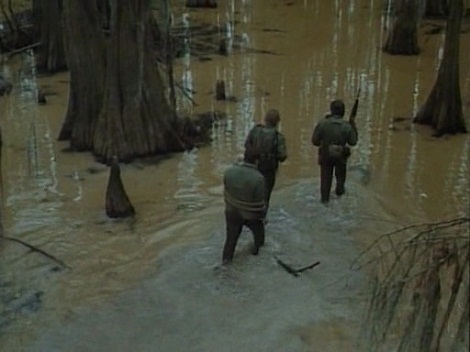 One of the greatest virtues of Walter Hill as a director is his eye for casting and his ability to bring the individuality out of a large cast of terrific character actors, many of whom he had worked with already or would work with again soon.  There’s Keith Carradine (who was in THE LONG RIDERS and played Wild Bill Hickock for Hill on Deadwood), Powers Boothe (later to be seen Hill’s EXTREME PREJUDICE), Fred Ward (TREMORS), TK Carter (THE THING), Lewis Smith (recently seen in DJANGO UNCHAINED), Sonny Landham (from 48 HRS. and who had a recent cameo in THE LAST STAND), and on the side of the bad guys, the late great Brion James. Brion James is probably most famous for his role in BLADE RUNNER, but for Walter Hill he was a recurring player, having been in 48 HRS. and RED HEAT.  His is a face you’d recognize whether or not you know the name, and it’s a face you’d probably hate but only because he was so good at his job.  He’s really one of the unsung character actors of 1980s cinema.  If you’re drinking some Southern Comfort tonight to go along with the movie, pour out a shot for Brion James. 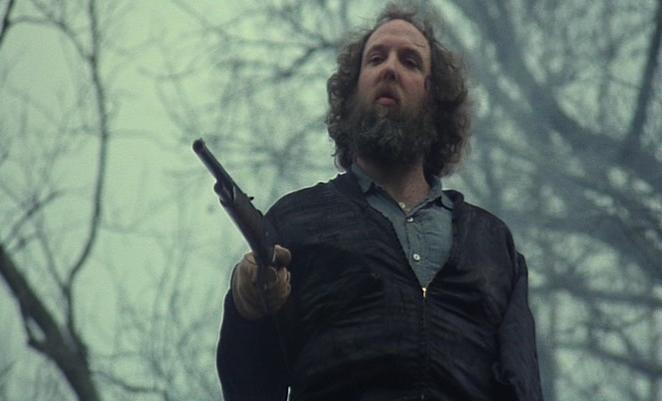 If you’re not one of the lucky few who will get to enjoy SOUTHERN COMFORT with its director tonight, hopefully you will still get the chance to catch up with it, or with any of the other action classics from Walter Hill, a frequently-undervalued master.  Some of his films are easier to track down than others, but almost all of them are worth watching, even studying.  And don’t forget — new one this weekend!  BULLET TO THE HEAD, February 1st.  Could be something…