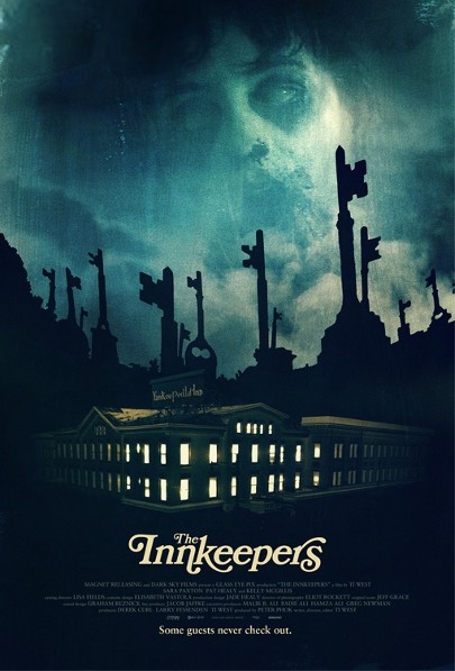 You have one mission; watch Ti West’s THE INNKEEPERS. The last time Ti West punched my eyeballs it was HOUSE OF THE DEVIL, it put West on my map and I became an instant fan. That flick was an exercise in patience with a huge payoff at the end. THE INNKEEPERS though is something different. It’s more ambitious, more capable, and scary as hell. West created a film that plays rope a dope; it creates characters that you want to hang out with and then right when your guard is dropped he slaps you with a vintage ghost story. West was out doing some press for the flick which is on VOD now before it’s theatrical run on 2/3, we caught up with the dude for a few minutes…

DAILY GRINDHOUSE: What was the first film that changed your life?

TI WEST: I think it was BAD TASTE by Peter Jackson; it was the first movie that I could wrap my head around and see how it was actually made. Of course I grew up with RAIDERS OF THE LOST ARK, BACK TO THE FUTURE, KARATE KID, all these epic 80’s movies, but there was no concept with those films that they were made by someone. I first saw BAD TASTE as a kid just to be grossed out but when I re-visited it was amazing because it was made for nothing over the course of years just with friends over the weekend. I could see things like, oh they put the camera on a car to get that shot. It was like a magic trick that you think is kind of amazing, and then when they show you how to do it you think that same trick is still amazing but now you want to learn how to do it yourself. 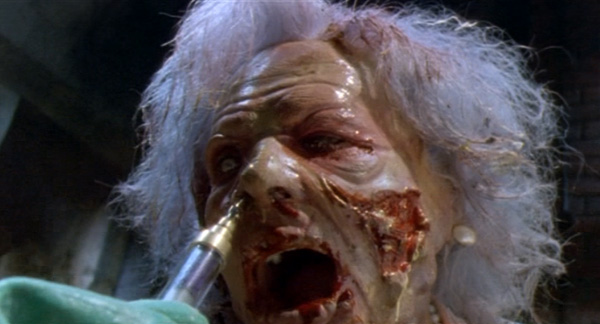 Did you ever have a chance to meet him?

I met him once at a signing thing he was doing. I had a German poster for BAD TASTE that I wanted him to sign and we had a funny moment. I was in New Zealand last summer and I wanted to get down to THE HOBBIT set but I didn’t get a chance to. He will always be someone on a pedestal to me. The composer I work with on all my movies actually worked with Howard Shore on all of the LORD OF THE RINGS movies. I’ve met Sam Rami though and he has a similar story. You won’t find a nicer person than Sam.

What kind of films did you watch growing up? 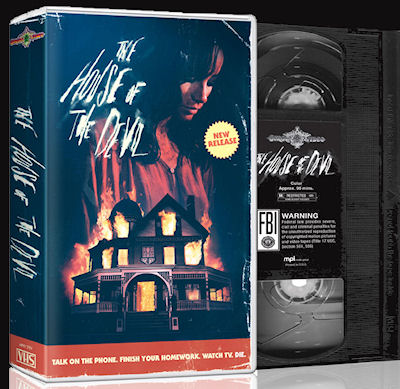 When HOUSE OF THE DEVIL came out and it was released on the big box VHS/DVD combo, was that your idea? Pay a little respect back to the good old days?

Kind of, I think Dark Sky (the company that released the film) mentioned it but then I was like if we’re going to do this then we’re going to do it right. I was meticulous with their art department about getting the New Release sticker vibe on it. They did a really good job and I added the esoteric touches. I hope we can do something like that for THE INNKEEPERS.

Are you into the whole VHS revival that’s going on with companies like Intervision and Drafthouse?

Yeah it’s cool, it’s really nostalgia driven. I am glad they’re doing it. To be honest though, it’s a shitty format. I loved being able to browse all the titles and look at the art work. We were actually the last major VHS release like that. It was HISTORY OF VIOLENCE but then we came along and did HOUSE OF THE DEVIL that way. So I am glad to hold that title. 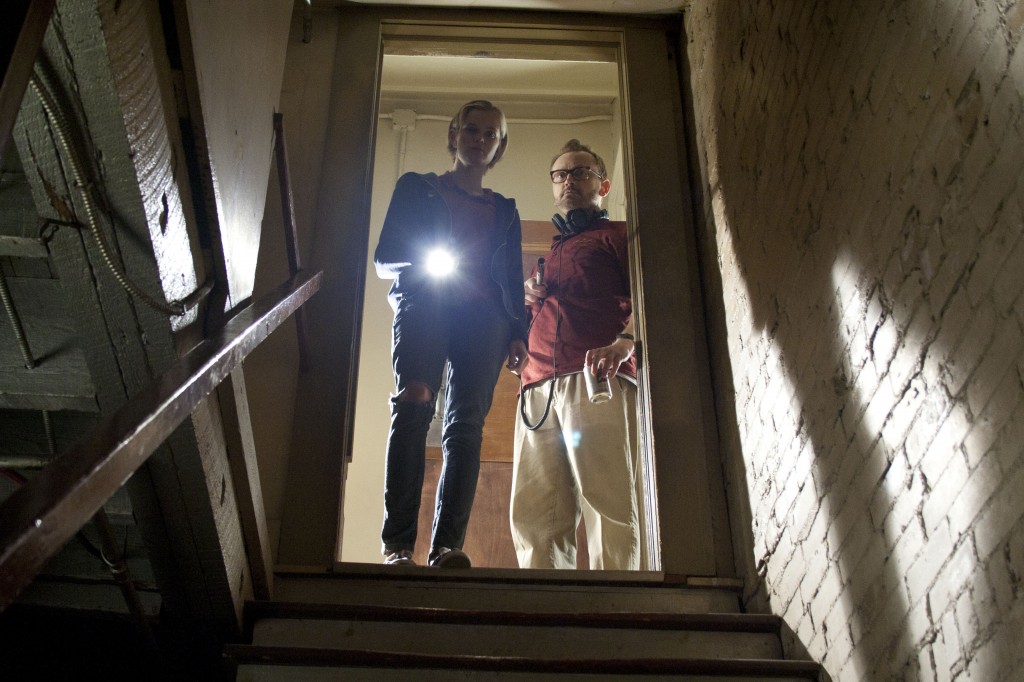 So let’s jump into THE INKEEPERS. When did the idea first hit you?

It came to me on HOUSE OF THE DEVIL and we lived in that hotel because it was a cheap place to house everyone. Weird shit kept happening and slowly everyone on the cast and crew started thinking it was haunted and everyone who works there thinks it’s haunted including the kids that work there, one of which has a ghost hunting website. It’s a mixture of this 1800’s architecture and bad 70’s renovation. It was just fascinating. So I was doing HOUSE OF THE DEVIL and I wanted to make a ghost story and I was thinking about what it was going to be and it just hit me; we kind of had just lived one. So let’s go back to The Peddler and that’s what we did.

One of the things that really hit me with the film is the amount of humor that’s in it. I think you when it comes to this genre you either have the EVIL DEAD humor or the gimmicky slasher humor which is over-stuffed with one-liners. THE INNKEEPERS is all reality based humor. A lot of the things we’re laughing at are things that we’ve done. Can you talk about how you’re using the humor in this film?

Yeah that was my goal. I wanted to make a charming ghost story and one of the ways to do that was to make the characters in the film human and relatable. Also, most of the time horror isn’t the only thing I am interested in. I just feel like most of the time I am making a film first and a horror film second. Also we had just come off HOUSE OF THE DEVIL which is a film about desperation so I didn’t want to play with that theme again. I’d love to be able to go into a meeting and pitch a comedy but they would just tell me I am horror guy and I don’t do comedy. So I decided to just put that in my horror film so when something terrible happens to the character you really feel it. If you took the ghosts out of the movie and added a few more scenes with just the characters it would be a comedy. 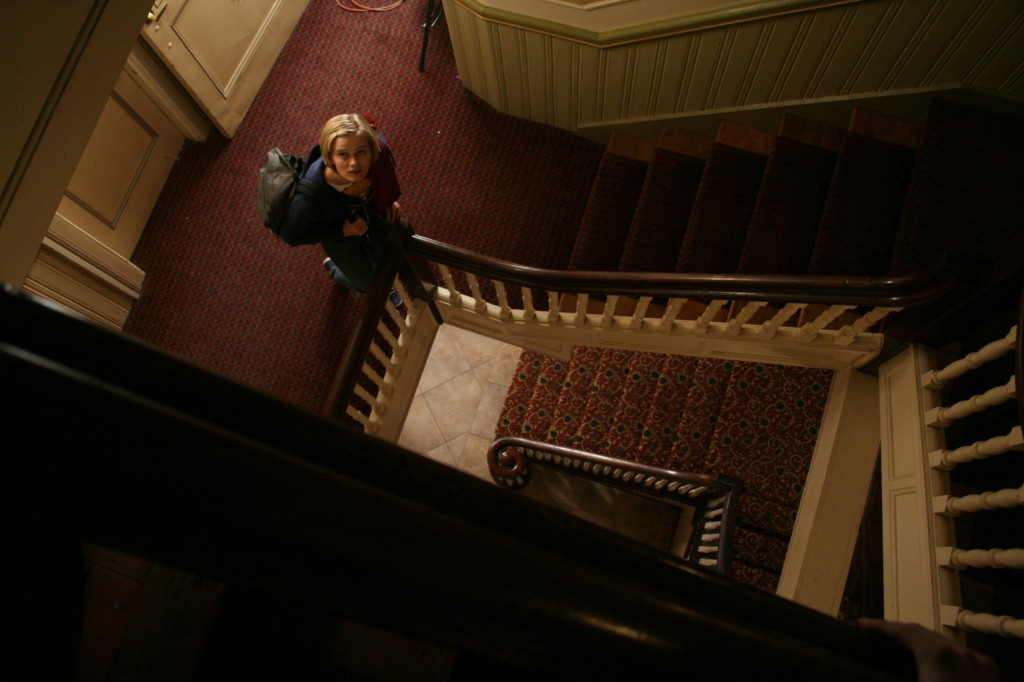 You know, I can either make movies or be a busboy. I can do minimum wage job or I can make movies. I can’t do anything else, I just don’t know how. I have worked every crap minimum wage job around and one thing I found interesting was that you always have these existential problems and you’re just stuck and feel lost, at least I did, and I think that’s how a ghost would feel.

Were there any films you used as a template for this film or you wanted the cast and crew to see before you started shooting it?

No, I am too insecure to do that. I am worried if I do that then we start replicating that film and that’s the worst thing ever to me; I hate when I see people making really extreme nods to other films. It’s one thing to have a gentle nod but when it’s so up front I just can’t stand it. Having said that, if I was inspired by anything for the film it would be A CHRISTMAS CAROL. In fact there’s a nod to that film when Sara goes upstairs and turns on the TV. 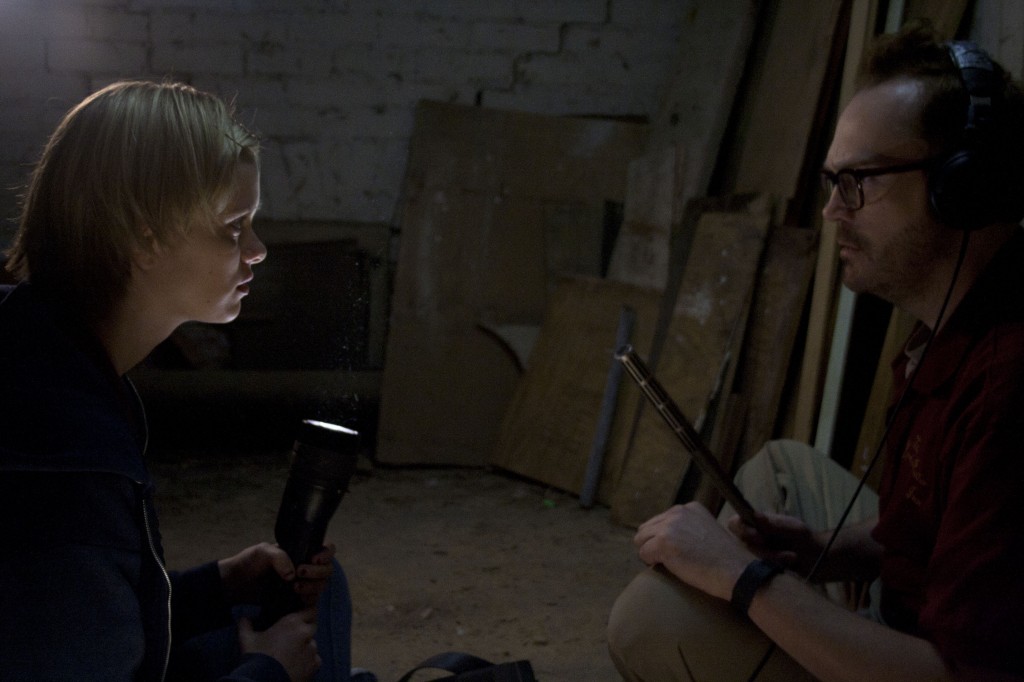 Oh wow I didn’t catch that when I first hit the film but now I can see those influences.

One thing about my movies is that you get a lot more out of it the second time you watch it. There are a lot of details that I put in there. Once you know what happens in the movie, there’s a lot of other stuff to pick up on. I like making movies that make people sit up and pay attention. I don’t make movies for escapism.

There is a real jump in ability between HOUSE OF THE DEVIL and THE INNKEEPERS. HOUSE was one of my favorite films back in 2009 but THE INNKEEPERS just feels like a more confident film. Did you feel more comfortable making this film than HOUSE or did you just have a new set of skills?

Well part of it was the location looked exactly like what the script called for. With HOUSE OF THE DEVIL we had to build sets and bring stuff in but with this film every time we turned the corner it was like oh, that’s exactly how it should be. I’ve also worked with the same crew for so long that we just have a really good short hand. I do feel this is my best movie though.

Synopsis: From director Ti West (The House of the Devil) comes THE INNKEEPERS. Set in the venerable Yankee Pedlar Inn, which is about to shut its doors for good after over a century of service. Believed by many to be one of New England’s “most haunted hotels,” the last remaining employees -Claire (Sara Paxton) and Luke (Pat Healy)- are determined to uncover proof before it shuts down for good. As the Inn’s final days draw near, odd guests check in as the pair of minimum wage “ghost hunters” begin to experience strange and alarming events that may ultimately cause them to be mere footnotes in the hotel’s long unexplained history.