We are constantly looking for new and different films when it comes to bringing you the best in genre entertainment. Short films are often where you find the most exciting new filmmakers taking chances, yet most audiences don’t seek them out. With that in mind, we will be showcasing a short film each week in an effort to give a signal boost to shorts we enjoy. This week’s short is DO NO HARM. 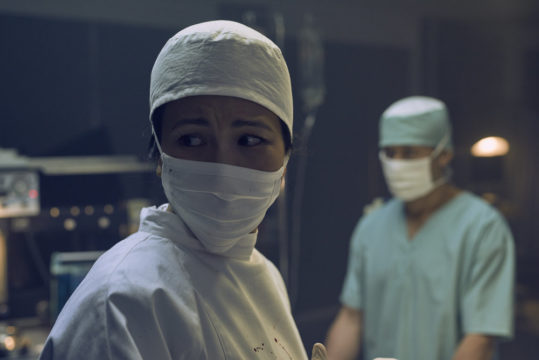 Admittedly, DO NO HARM feels a little more like a proof of concept for a feature than a short film with a complete arc. That said, I would watch the hell out of a feature length version of this relatively simple, yet slickly done piece of suspense and action as a surgeon (Marsha Yuen) with ulterior motives tries to stop a gang of thugs from murdering her patient on the operating table.

Writer/director Roseanne Liang constructs the film as an escalating series of fights that go bloodier with each slash of a scalpel before dropping in a gut punch of a climactic reveal. Liang has crafted a clever twist on the current brand of ultra-violent martial arts films being made at the feature level by Timo Tjahjanto and Gareth Evans, but with a slightly more surprising and—at times—mean sense of humor.