Happy to run this press release about the new Alamo Drafthouse theater opening in Brooklyn, one week from today. I’ve been going to the Alamo in Yonkers since it opened three years ago, and I’ve seen plenty of great (and awesomely not-great) movies and made several wonderful new friendships as a result. I’m happy for the staff, since I know how hard they’ve been working to make this happen, and I’m happy to know my friends in Brooklyn have an Alamo opening up in their own backyard — that said, it definitely looks like this one is worth making the trip to visit, for anyone else in the Tri-State Area. It’s a beautiful theater. If you had to take bets as to which of the events mentioned below where you’re most likely to encounter me personally, I’d say the JBB screening of SWITCHBLADE SISTERS is even money. 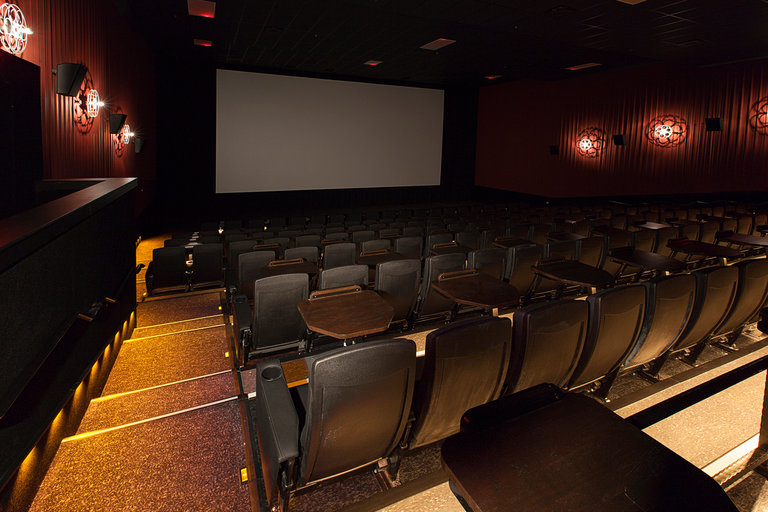 The Downtown Brooklyn Alamo Drafthouse will be open for business starting Friday, October 28th, featuring a program of new releases and classic film events. Alamo Drafthouse is recognized for its unique programming, mixing the best in new release movies with a lovingly curated selection of repertory screenings and events – their first-ever New York City location will be no exception. Iconic special guests, co-presenting collaborations, new signature screening series and just great movies all feature as part of Alamo Drafthouse Downtown Brooklyn’s grand opening program. Driven by a philosophy to challenge, excite and delight in equal measure, the opening slate serves as an introductory sample of what audiences will experience at the cinema moving forward.

“To most New Yorkers, this is their first time experiencing an Alamo Drafthouse, so in many ways this represents the efforts of 19 years of programming,” said New York Creative Manager Cristina Cacioppo. “It reflects the variety that will be found on our screens every day of the week, from the weird and wonderful, to the bizarre and outré, to the fun and family friendly and everything in between. It sounds cliché, but there will be something for everyone.”

One of the programming centerpieces is the “New in Town” series, spotlighting movies about, appropriately enough, moving in. Films in the series will span from perennial audience favorites like MUPPETS TAKE MANHATTAN to under-seen rarities like THE COCA-COLA KID. Midnight movie icon Joe Bob Briggs will appear in person to introduce the series’ screening of the ‘70s exploitation classic SWITCHBLADE SISTERS.

Other special guests include director Penelope Spheeris, appearing for a rare 35mm screening of her 1983 punk rock cinema touchstone SUBURBIA, and star Melanie Lynskey in person for a screening of HEAVENLY CREATURES to launch the new signature series “Cherry Bomb.”

More new signature series include “Shouting at the Screen,” with host Wyatt Cenac and Donwill live riffing on blaxploitation movies, with a DJed afterparty in the House of Wax bar. New action movie series “Fist City,” which celebrates the most pulse-pounding genre of bombastic heroics, kicks off with HARD TARGET in November. A new partnership with Warner Archive will bring rarities from the Warner Bros. vaults back to the screen, starting with CROSSING DELANCEY.  Another with Subway Cinema will be an ongoing showcase of rare Asian cinema offerings, starting with the limited series “In the Mood for Gore,” featuring Asian horror films from the ‘80s and ‘90s, all on 35mm prints from the American Genre Film Archive.  And, of course, the celebrated and long running Alamo Drafthouse series Terror Tuesday and Weird Wednesday will also have a home at Alamo Drafthouse Downtown Brooklyn.

Alamo Drafthouse will also continue to collaborate, curate and host events at partner venues across the city.  Tickets are now on sale for an exclusive presentation of RZA: Live from the 36th Chamber, an epic live score of the iconic martial arts masterpiece, THE 36TH CHAMBER OF SHAOLIN at Manhattan’s Town Hall.

Family programming will be a staple at Alamo Drafthouse as well. Just in time for Halloween, families will be able to come get in the spirit at Alamo Drafthouse with special programming that includes THE ADDAMS FAMILY Party and THE MONSTER SQUAD Halloween Party with star Andre Gower live in person. Mondo will also be joining the fray with copies of THE MONSTER SQUAD score – its first ever release on vinyl – available to guests  to purchase on site.

Last but not least, Alamo Drafthouse Downtown Brooklyn will open with a full slate of first-run features, too, everything from the latest blockbusters, like Marvel’s DOCTOR STRANGE (with advance ticket options that include Mondo-designed enamel pins and pint glasses) and FANTASTIC BEASTS AND WHERE TO FIND THEM, to the newest buzzworthy titles like THE HANDMAIDEN and WE ARE X, the latest documentary from the Oscar® winning team behind SEARCHING FOR SUGAR MAN about the world’s biggest rock ‘n’ roll band you’ve never heard of… yet.   Later this season, the Alamo will be create experiences around this year’s Oscar contenders featuring post-movie live jazz sets in the House of Wax bar after screenings of LA LA LAND and a special Indian menu featuring fresh fried jalebi and curries inspired by LION. 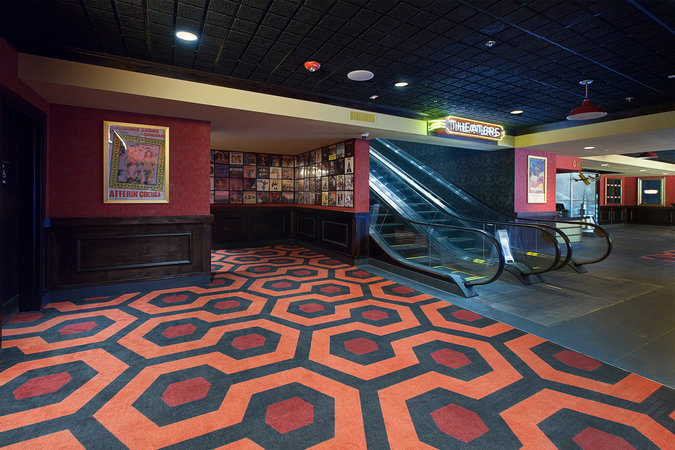 Although the theater opens to the public on October 28th, if you sign up for Victory, Alamo Drafthouse’s free rewards program, before October 21st, you will receive an early, exclusive invite to attend discounted pre-opening screenings.

“Diverse programming has been a cornerstone of our brand since its inception and I’m beyond thrilled to finally share films we love in the city of New York,” said Alamo Drafthouse CEO and Founder, Tim League. “Blending classics, oddities, blockbusters and new discoveries allows us to further our mission of championing cinema with the widest variety of audiences.”

10/28-30: In the Mood for Gore in partnership with Subway Cinema

11/10: Shouting at the Screen with Wyatt Cenac and Donwill in person

For developments on House of Wax:

Tim and Karrie League founded Alamo Drafthouse Cinema in 1997 as a single-screen mom and pop repertory theater in Austin.  Nineteen years later, the now 25-location chain has been named “the best theater in America” by Entertainment Weekly and “the best theater in the world” by Wired. The Alamo Drafthouse Cinema has built a reputation as a movie lover’s oasis not only by combining food and drink service with the movie-going experience, but also introducing unique programming and high-profile, star studded special events. Alamo Drafthouse Founder & CEO, Tim League, created Fantastic Fest, a world renowned film festival dubbed “The Geek Telluride” by Variety. Fantastic Fest showcases eight days of genre cinema from independents, international filmmakers and major Hollywood studios. The Alamo Drafthouse’s collectible art gallery, Mondo, offers breathtaking, original products featuring designs from world-famous artists based on licenses for popular TV and Movie properties including Star Wars, Star Trek & Universal Monsters. The Alamo Drafthouse Cinema is expanding its brand in new and exciting ways, including Drafthouse Films, founded in 2010, which has already garnered three Academy Award nominations and Birth.Movies.Death., an entertainment content platform for movie lovers and the pop culture obsessed.