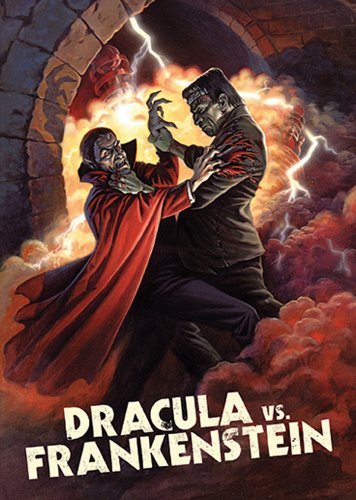 I don’t believe in guilty pleasures; something either works for you or it doesn’t. The Barry J. Gillis classic THINGS is widely considered a terrible film but there is something about it that I can appreciate. Yes, it is ridiculous, poorly done, and incoherent, but it’s also a group of buddies playing with the medium and finding their way through the filmmaking process and I can dig that. Al Adamson was 9 films deep into his career when he made DRACULA Vs. FRANKENSTEIN, he should kind of know what he was doing at this point but he didn’t. And I fucking love that.

Adamson couldn’t make a good movie to save his life. His films consistently turn out to be these odd pieces of cinema but his love for the medium always comes through and this film is no different. This originally started out as a sequel to SATAN’S SADISTS but somewhere along the line it switched gears to a horror film which is why Russ Tamblyn and the Sadists are seen wondering in and out of the film. Random bikers aside, this film follows the count who wants to resurrect Frankenstein’s Monster. The film is notable for featuring a lot of classic stars of horror’s past (Lon Chaney Jr., Angelo Rossito) meeting the grindhouse crowd (Greydon Clark, Tamblyn), and it’s here where you kind of get a sense as to why Adamson made this film. To work with the very people he admired. Having said all that, this film fails on just about every level imaginable, but I still dig the hell out of it. THE FEMALE BUNCH is one of the all-time great Al Adamson films, but this is right up there for me.