As we told you earlier this week, we are going to be talking about this project a lot. This has the potential to be the best killer Easter Bunny Vs. Warrior Preist that the previously unknown subgenre has ever seen. Director Dustin Mills just popped us over a press release to get you geeked on the project and hopefully get you to drop some bills on this good shit. Dig it…

From the mental defectives who brought you The Puppet Monster massacre comes Easter Casket. A puppet, nudity, and gore filled extravaganza of epic proportions.

All hell breaks loose when Peter Cottontail (aka The Easter Bunny) hears that the Catholic Church is about to do away with all Easter rituals not pertaining directly to the resurrection of Christ. That means no bunnies, no eggs, no candy, etc. The Mega Pope (secret leader of the Catholic church) smells something fishy going on when a nun is murdered under mysterious circumstances. He sends Father Asher (a warrior priest with retractable armor) to investigate. From there it’s all out warfare and lunacy with Asher trying to defeat The Easter Bunny and his minions before time runs out. Can Asher stop him before its too late? Only one thing is certain: March 26th is gonna be a bad hare day!

Easter Casket is a micro-budget feature from Director Dustin Mills (The Puppet Monster Massacre, Zombie A-Hole, Night of the Tentacles). Filming begins in January and the film will be released on March 26th. Pre-Orders are being accepted through Indiegogo.com/eastercasket.

Do the right thing, click here and donate. Click the poster below to donate. Find a way, and donate. We need fucked up Easter Bunnies. We need EASTER CASKET. This won’t be the last time you hear about this flick on the site, just try and make sure the next time we talk about it you;ve already tossed some bills to the project. 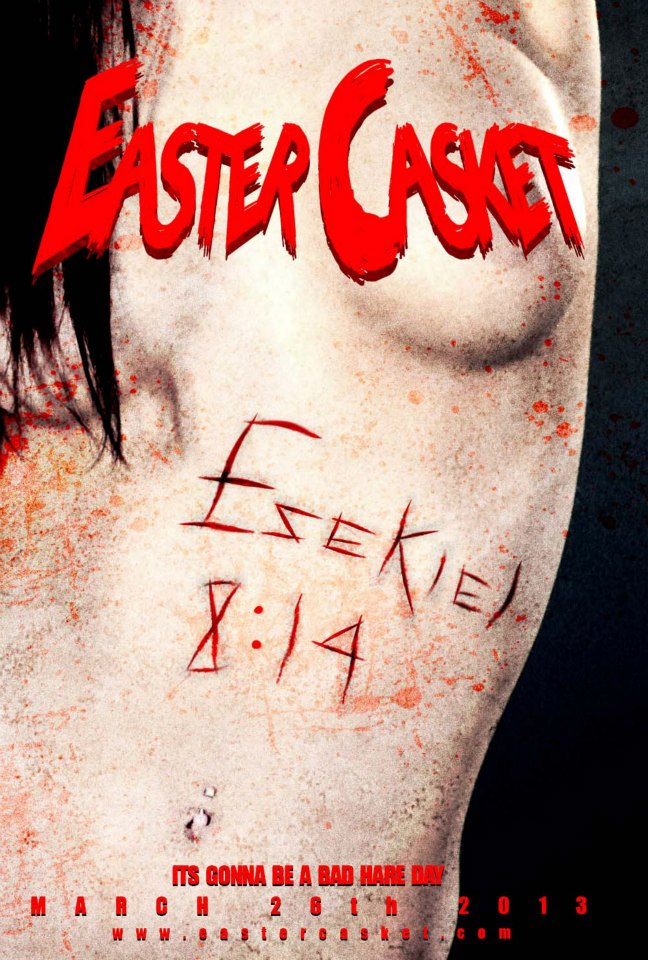