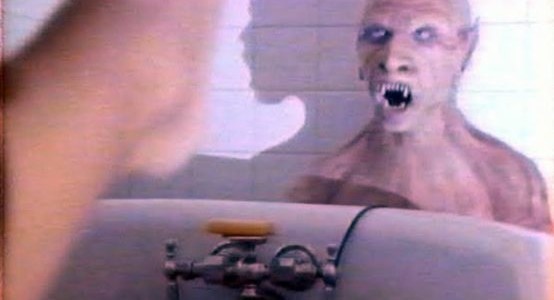 Who doesn’t love an advent calendar? Around the Daily Grindhouse virtual offices, we decided the only way to make the advent calendar better is to replace what you might traditionally find behind the door with Christmas horror movies! So everyday from December 1st through to Christmas, we will be highlighting a different movie for our horror-loving readers to celebrate the season. Our film for Day One is ELVES! 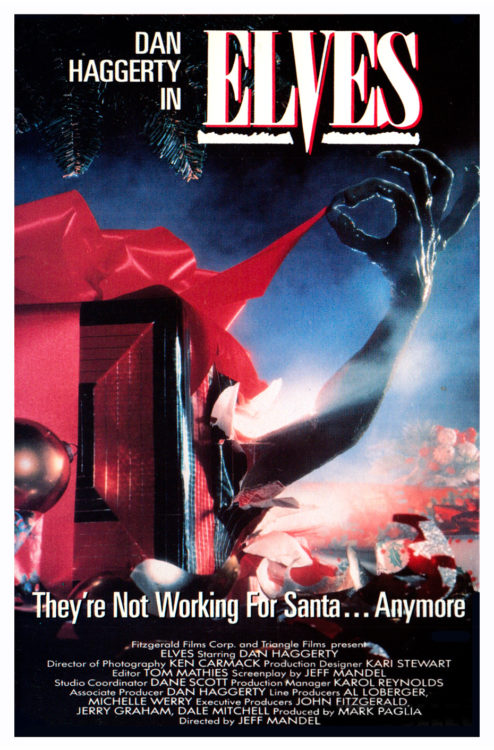 As far as seasons go, there is no competing with the holidays. Sure, other celebrations like Halloween, July 4th, and Valentine’s Day have a few pieces of entertainment and rituals connected with them. A couple of pop songs here, a few standard movies there, but nothing can stand against the sheer volume that comes with Christmas, Hanukkah, and New Year’s Eve dominating December. Whole radio stations devoted to endless hours of music, 24-hour marathons of different movies, and enough very special episodes of TV to become its own trope. And when anything is that all-encompassing, it leads to all sorts of leaking into weird subgenres and tangents. 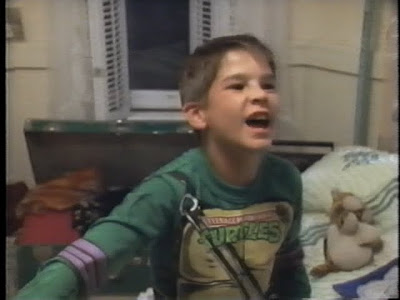 Sure, there are the classic films like IT’S A WONDERFUL LIFE, MIRACLE ON 34TH STREET, or WHITE CHRISTMAS. But there are also irreverent comedies like NATIONAL LAMPOON’S CHRISTMAS VACATION, TRADING PLACES, and THE REF. Or even action movies like DIE HARD, KISS KISS BANG BANG, and INVASION USA. So of course horror would be a part of this avalanche of yuletide joy, with top tier filmmakers delivering all time classics of the subgenre filtering all the way down to the direct-to-video schlock meant to cash in on the Christmas spirit.

Which brings us to ELVES. I’ve written about it before, but this 1989 slice of VHS insanity is a mind-boggling assembly of bizarre topics and elements that feel like a Mad Libs approach to making a movie. Directed by Jeff Mandel — from a script by Mandel, Mike Griffin, and Bruce Taylor — this seems like it should be a total rip off of Joe Dante’s classic GREMLINS. It would be a couple of years too late for the small-creature exploitation rush (CRITTERS, HOBGOBLINS, GHOULIES, MUNCHIES), but it would be a more fitting way of combining tiny puppet monsters with the holidays than GREMLINS would be at first blush. But… no. Firstly, there are no elves — there is one elf, and that thing is barely in the movie. It mostly is just a pair of chubby puppet feet, some poor production assistant wearing gloves, and a head bust that is mildly articulated but mostly looks like it’s constantly being caught mid-sneeze. So immediately, there are some problems with the title. 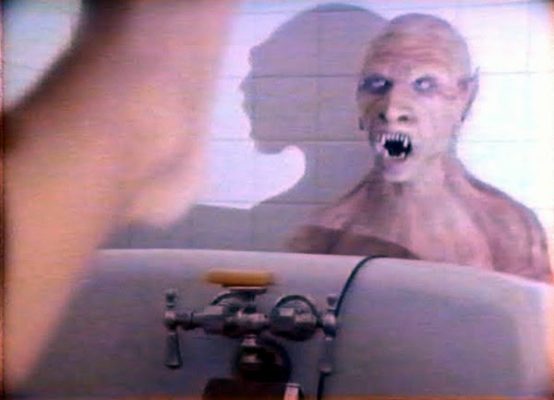 But what makes this cinematic treasure stand out isn’t the false advertising that’s always been rampant in B-movie exploitation. No, that bit of hucksterism is the least of the issues when it’s added into a plot that involves Nazi experimentation, incest, sexual assault, witchcraft, and one of the top-5 creepiest Santas to grace the silver screen.

Waddling into the whole sordid affair is Dan Haggerty as Mike McGavin, former detective turned homeless person turned mall Santa. This was during Haggerty’s low period after the luster of Grizzly Adams and while he was battling substance abuse problems and showing up in all sorts of DTV titles that mostly involved him being kind of sad while trying to also seem tough. In ELVES, McGavin is constantly playing catch up while trying to unravel the labyrinthine plot that leads him to speaking with two separate characters who only exist for two scenes where they deliver two different chunks of exposition. McGavin is just trying to save the lead character, Kirsten (Julie Austin), from the nefarious breeding plots of these hidden Nazis that require using conjured mythical creatures with a bloodlust. Obviously, this leads McGavin to have a lot of questions throughout the movie.

ELVES is trash. It’s not so trashy that it would be more at home at Cinemax, or in a grindhouse theater late at night. But it’s that special type of video store sleaze that oozes uncomfortable topics that it has no interest in intellectually engaging with, while also producing tons of headscratching moments of What-The-Fuckery that makes it charmingly buffoonish and engaging. It will never join the canon of Christmas films that litter cable channels, but it should hold a special place in the hearts of all of us genre lovers that like a bit of nasty under the Christmas Tree. 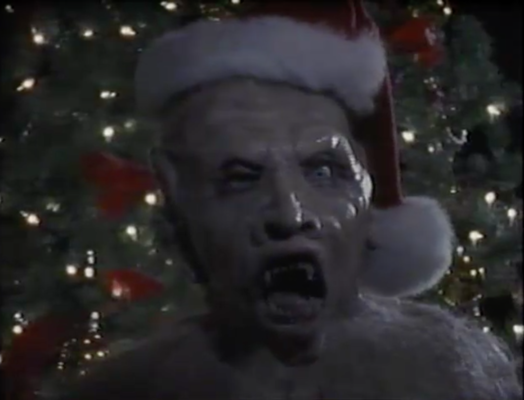