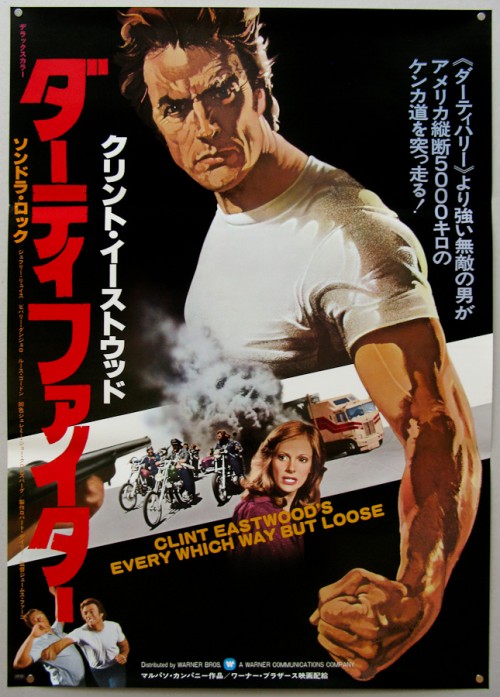 Westerns. Crime drama. Hicksploitation. Is there anything Clint Eastwood can’t do?

In 1978, when EVERY WHICH WAY BUT LOOSE was released, I’m sure Clint and the crew had no idea they had made THE GREATEST FILM IN HISTORY. Needless to say, that’s exactly what they fucking did.

From the advent of the Knuckle-Sandwich Cam, to a superior supporting cast including Geoffrey Lewis and Ruth Gordon, to the Crown Jewel of the Cinematic World, Clyde the Orangutan: EVERY WHICH WAY BUT LOOSE is not only a fucking masterpiece, but a cultural force to be reckoned with.

Holy fucking shit is this movie the balls.

Then, a mere two years later, they somehow surpassed themselves with the miraculous sequel ANY WHICH WAY YOU CAN.

Seriously. My mind is fucking boggling.