Director Fred Dekker created a family-friendly genre classic with his film THE MONSTER SQUAD (1987). I was nine years old at the time of its release. One of the many things I picked up on at young age was that the character of Sean (Andre Gower) wore a T-shirt that read “Stephen King Rules.” At that time, I’m sure that I hadn’t read anything by Stephen King, and doubt that I had seen any movies based on his books. Regardless, I wrote “Stephen King Rules” on everything that I could, and told everybody that I was a Stephen King fan. 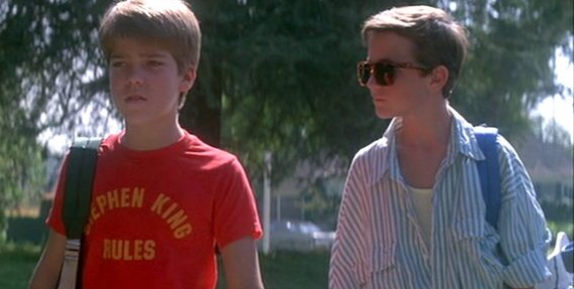 Now at 41 years of age, and still a genuine Stephen King fan, I can without a doubt say “Stephen King Rules.” So, when I saw that EVIL ENTITIES, a horror merch line by LB 3D, was doing a mystery box of Stephen-King-themed memorabilia, I had to have it. The items themes are announced before ordering. For the Stephen King collection, the themes were IT, MAXIMUM OVERDRIVE, CUJO, MISERY, and NEEDFUL THINGS. All of which are movies I fully enjoy. 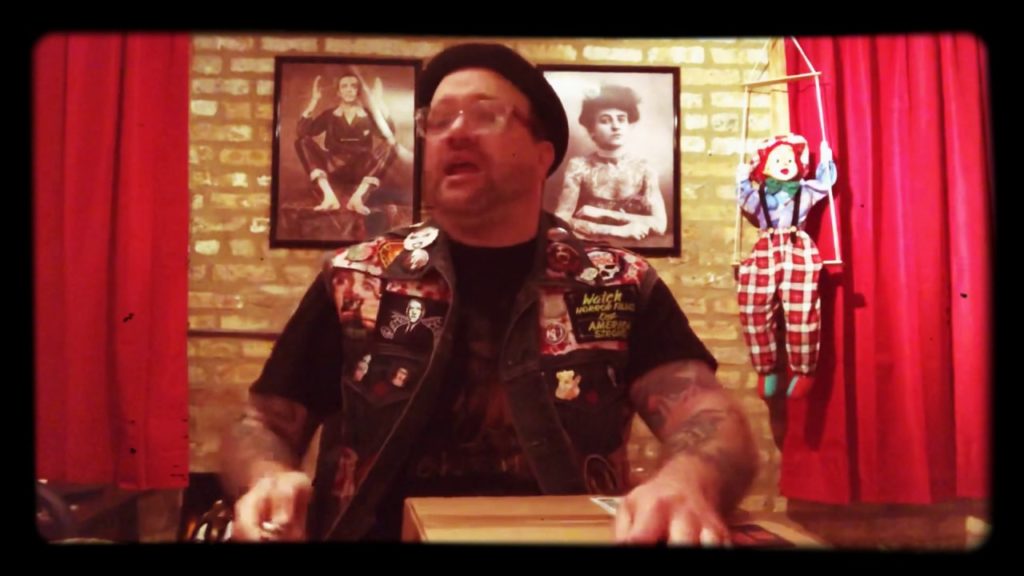 The thing I love most about EVIL ENTITIES is that all the items are hand-crafted and one-of-a-kind works of art. Each piece is hand number and individually wrapped. You can tell that Luther Berry, the man behind LB3D, has so much love and passion for the horror genre. The EVIL ENTITIES boxes are a bit pricier than most subscription boxes, but you pay for what you get. Personally, I don’t mind paying a bit more for an amazing high-end product. 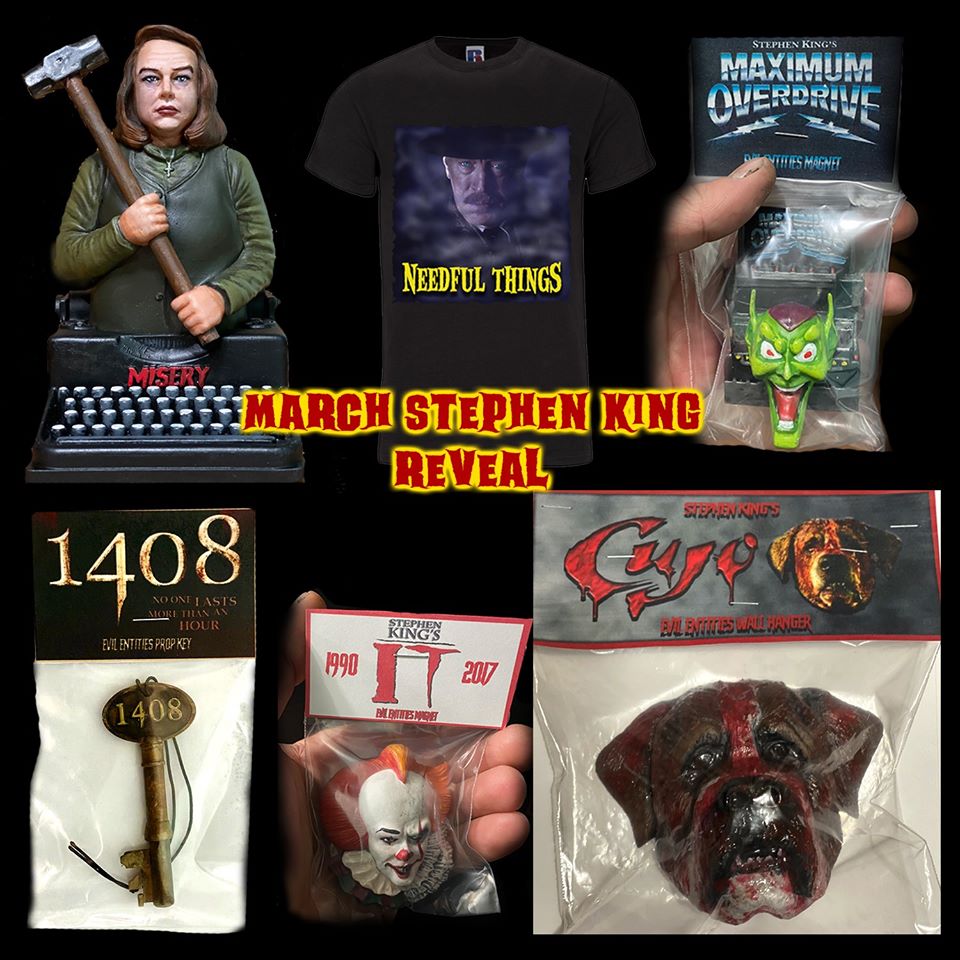 Please enjoy my unboxing video. I had a lot of fun making it. Horror-themed mystery boxes are one of my favorite things. I do use profanity, so my videos are of the not-safe-for-work nature. Make sure to visit EVIL ENTITIES at LB3Ddesign.com and support independent horror artists. Tell ‘em that Germ sent ya!