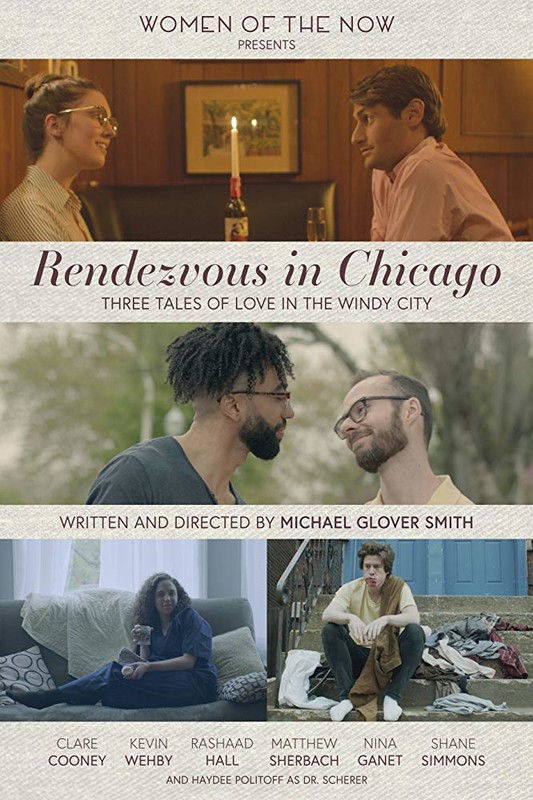 This isn’t your usual Daily Grindhouse fare, but our site has strong ties to the great city of Chicago, so we’re happy to bring you this exclusive trailer to a film shot and set in the Windy City, called RENDEZVOUS IN CHICAGO.

RENDEZVOUS IN CHICAGO is a comedic feature film from writer/director Michael Glover Smith, comprised of three vignettes corresponding to the beginning, middle, and end stages of a relationship: Paul (Kevin Wehby) attempts to pick up Delaney (Clare Cooney) in an otherwise empty wine bar. She turns the tables on him unexpectedly. Rob (Matthew Sherbach) and Andy (Rashaad Hall) are enjoying the bliss of newly formed couplehood. Rob has planned to propose marriage as they walk from their apartment to the lakeshore nearby, but has he made the right decision? Julie (Nina Ganet) comes home from work early to find her boyfriend, Wyatt (Shane Simmons), in bed with another woman. After violently ejecting them from her apartment, Julie begins to fall in love with . . . you the viewer!

The world premiere of RENDEZVOUS IN CHICAGO will be at the Adirondack Film Festival in upstate New York on October 19th. Tickets for the screening go on sale Thursday. Follow the film on Twitter and Facebook.