If you’re a regular reader of Daily Grindhouse, you should know about Philadelphia-based Exhumed Films. They’re a collective of hardcore exploitation and genre film fans who have been putting on shows for over 15 years in Philadelphia and New Jersey. They are maybe best known for their annual 24-hour Horrorthon, a horror movie marathon held around Halloween where the films are not announced in advance—the audience learns what’s up next when the film starts rolling. Four years ago, Exhumed added another annual show in the Spring: eX-Fest, a 12-to-14 hour show where different types of exploitation films are screened. Again, audiences have no idea what they’re in for until each film begins. Committed to screening the best, most interesting, and craziest in cult cinema, Exhumed is also dedicated to screening 35mm and 16mm film prints.

On July 20th, Exhumed Films will be screening another mini-marathon, this time showing five films that have never seen home video release and a few that barely even played in theaters back when they were originally produced: The Forgotten Film Festival. Unlike the other marathon shows, Exhumed has announced the line-up for the Forgotten Film Festival in advance. There’s no doubt that the show would have been worth checking out even if the films screened (all from 35mm prints!) were not known ahead of time, but now that the films have been announced, cult film fans from all over the country should be planning a trip to Philadelphia in July.

Screening at the Forgotten Film Festival are: 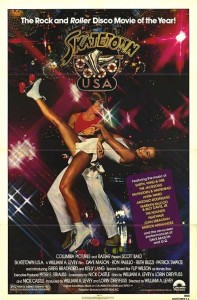 Probably the best-known of the films screening at the Forgotten Film Festival, SKATETOWN, U.S.A. has made occasional appearances at retro movie houses throughout the States as a midnight movie. The film features a very young Patrick Swayze in his first feature film appearance and is one of the few films to feature tragic Playboy Playmate Dorothy Stratten (GALAXINA). Music rights issues regarding the film’s soundtrack have prevented it from being released on home video, making these rare 35mm theatrical screenings the only way to see this film. Starring Scott Baio, Flip Wilson, Billy Barty, Maureen McCormick, Ron Palillo, and Ruth Buzzi, SKATETOWN, U.S.A. is 1970s rollerskatesploitation at its finest. 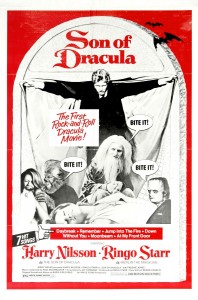 Not to be confused with the 1943 Universal film of the same title! This is a true rarity, a musical/horror/comedy directed by Freddie Francis (of Hammer films fame), starring legendary songwriter Harry Nilsson, who also wrote and performed most of the songs on the film’s soundtrack. Ringo Starr produced and also appears in the film, which was released theatrically by Apple Films but has never seen an official home video release, once again at least partially due to music rights issues. SON OF DRACULA, like the rest of the films on the schedule from here out, has probably not been screened from a 35mm print since its original release, so fans of Nilsson and rock musicals of the 70s should be very excited to see this! 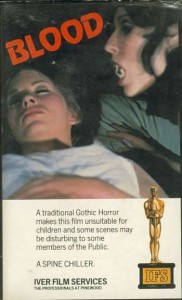 Andy Milligan was the quintessential grindhouse filmmaker, shooting movies on the cheap and exerting a level of control that would make Stanley Kubrick blush: Milligan built sets, sewed costumes, wrote, directed, edited (according to legend, occasionally with his teeth and some scotch tape) and basically did everything one can do behind the camera. Of Milligan’s films, only about half are still in existence, victims of his distributor’s greed and personal distaste for Milligan himself. BLOOD has only been available since the 1970s in a poor European home video release, so Exhumed Films’ discovery of a 35mm print is a huge event for Milligan fans. Even better, BLOOD is one of Milligan’s best films, a breakneck “monster rally” featuring vampires, werewolves, man-eating plants, incestuous siblings, romantic entanglements, estate fraud, and more all crammed into a wild 60 minutes. If you’ve never seen an Andy Milligan film before, this is a great place to start. 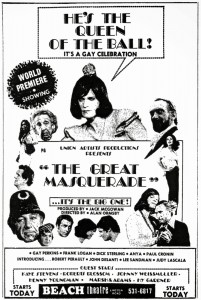 Alan Ormsby is probably best known for starring in and co-writing Bob Clark’s classic zombie film CHILDREN SHOULDN’T PLAY WITH DEAD THINGS, but he has worked in a number of different roles behind the camera since the 1970s on everything from Clark’s DEAD OF NIGHT in 1972 (doing makeup effects) to Disney’s MULAN in 1998 (providing “additional story material” as a writer). In 1973, Ormsby made his directorial debut with a comedy titled ARTISTS AND MODELS BALL, aka MURDER ON THE EMERALD SEAS, aka THE GREAT MASQUERADE, aka THE AC/DC CAPER. The Exhumed synopsis of the film says it all: “This unconventional comedy-thriller concerns a police detective who goes undercover in drag to catch a masked maniac brutally dispatching the winners of an annual beauty queen contest run by drug smugglers aboard a cruise ship.” Starring much of the cast of CHILDREN SHOULDN”T PLAY WITH DEAD THINGS, MURDER ON THE EMERALD SEAS was only released in a few regional markets in the States and has never been released on home video in any form. 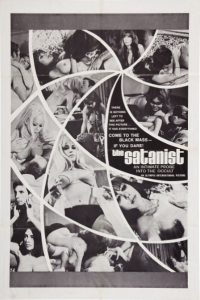 The most obscure film screening at the Forgotten Film Festival by far is Zoltan G. Spencer’s THE SATANIST. Some of Spencer’s films have been released by Something Weird Video, but his relatively small list of credits ensures his name is unknown to all but the most dedicated paracinema enthusiast. There is little information about Spencer out there, and even less on this particular film. The only real information IMDB has about this particular film is a synopsis, the fact that it stars Pat Barrington, and that it is presumably lost. Like MURDER ON THE EMERALD SEAS, THE SATANIST has never been released on home video, meaning this screening is possibly the first time the film has been seen by an audience in nearly 50 years! If that alone isn’t enough to intrigue, here is the synopsis provided by Exhumed: “Recovering from a mental breakdown, a writer and his young wife move into a new home and are soon met by a female occultist and a sultry succubus intent on welcoming the newcomers to the neighborhood by making them the guests of honor at a black mass and ushering them into a world of orgiastic sex and Satanism!”

The Forgotten Film Festival takes place at the International House in Philadelphia on Sunday, July 20th. Tickets are available now, visit the Exhumed Films web site for information on this and all their other upcoming screenings.

Special thanks to Temple of Schlock for THE GREAT MASQUERADE ad!