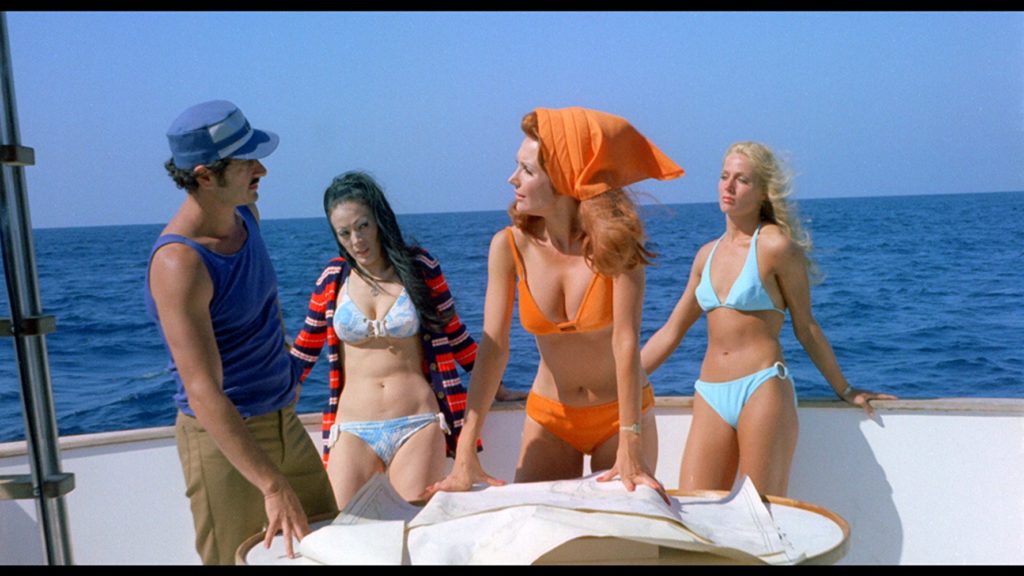 This trailer is slightly NSFW and basically features every good bit from the film: 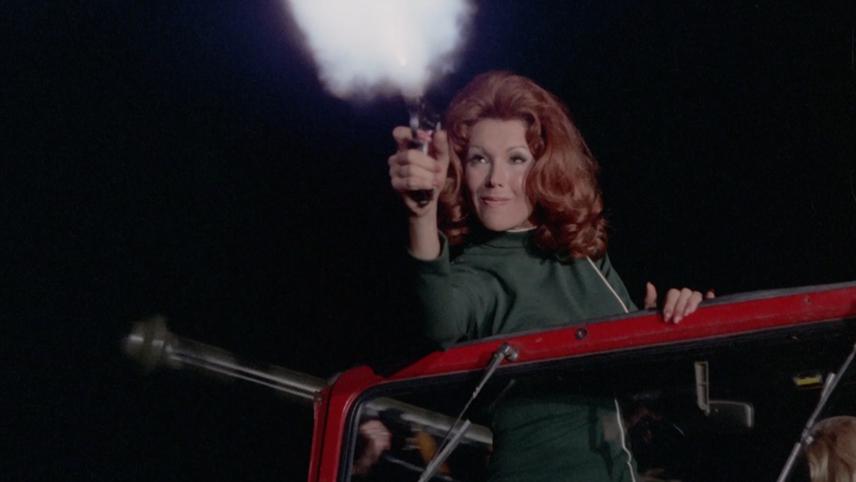 Suave former secret agent Eamon (prolific character actor Michael Ansara) demands top secret microfilm from a U.S. Senator (John Carter) and when he does not get it, he somehow arranges to have a manned space rocket blown up upon launch (don’t worry about trying to figure out how he manages such a feat; the filmmakers do not seem to care). Eager to avoid another incident, the Senator turns to secret agent Connelly (Anthony Eisley) for help. Connelly—apparently being a big believer in using new-fangled 1973 computer technology—on the advice of a database named “Big Bertha” enlists Sabrina Kincaid (Francine York) to put together a team of sexy female agents to stop whatever nefarious plan Eamon has in mind (when it’s revealed, it admittedly is a doozy). But of course Sabrina and Eamon have a complicated history, making her assignment that much more difficult. 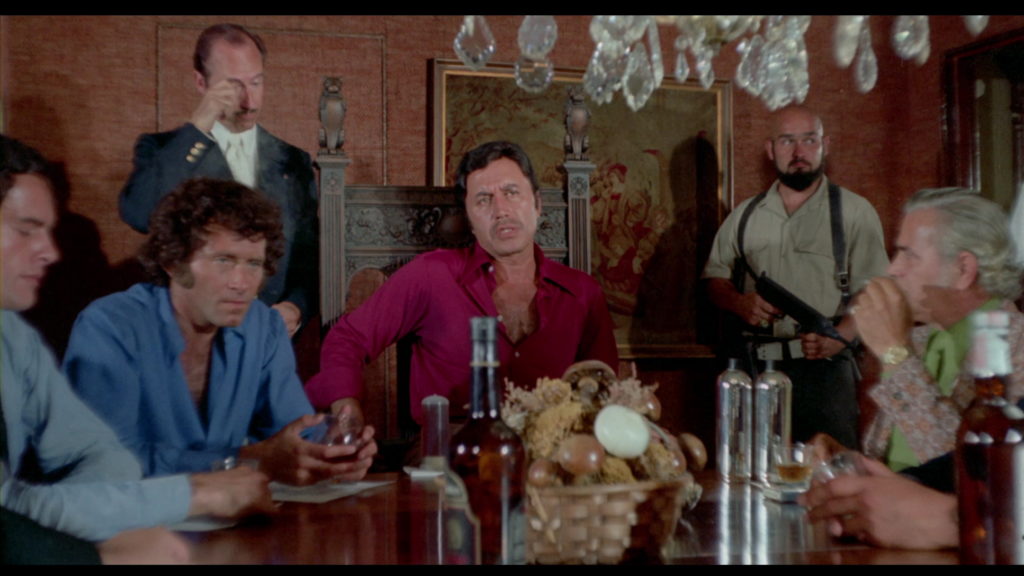 If THE DOLL SQUAD is remembered at all these days, it seems to be as the unofficial inspiration for Charlie’s Angels that premiered three years later. The idea of a team of female secret agents who travel to exotic locations to fight crime and right wrongs certainly is present in the film, but I was struck by how much the film seemed to be more like the fictional failed pilot for “Fox Force Five” from the world of PULP FICTION. But unlike the pilot described by Mia Wallace (Uma Thurman) in that film, the women who make up “The Doll Squad” are barely even given token quirks to individualize them.

Sure, I guess you could say that Sabrina’s penchant for screwing up, getting captured, and having to be rescued by one of the members of her team is a characteristic. Tura Satana plays another member of the team, making her instantly memorable (even though her character here does not approach iconic status like she did in FASTER, PUSSYCAT! KILL! KILL!). Then there is an agent whose cover is working as a librarian (Sherri Vernon) and one who is an Olympic swimmer, and the new member to the team on her first assignment, etc. etc. 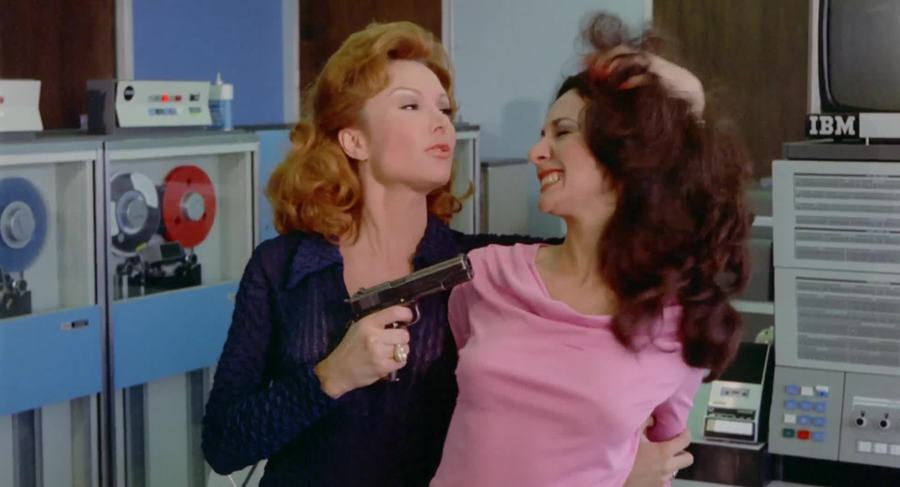 In case I haven’t made it obvious, THE DOLL SQUAD isn’t big on character development. But who cares when the film around those characters is so damn absurd and downright silly: “Big Bertha” picks Sabrina and her team because Eamon has an Oedipal Complex (seriously, this computer knows all), a long exposition scene is broken up by the characters randomly skeet shooting in between lines of dialogue, Sabrina shows off her magical suitcase of murder weapons to impress the Senator, Eamon has a pair of twin henchmen (Bertil Unger and Gustave Unger) who look like David Niven playing a spoof of a Nazi war criminal hiding in South America, and explosions are created via cheap optical effects that look like something out of a Wile E. Coyote cartoon. Nothing in this movie is meant to be taken seriously and Mikels and his cast have fun with their campy take on a James Bond knockoff. 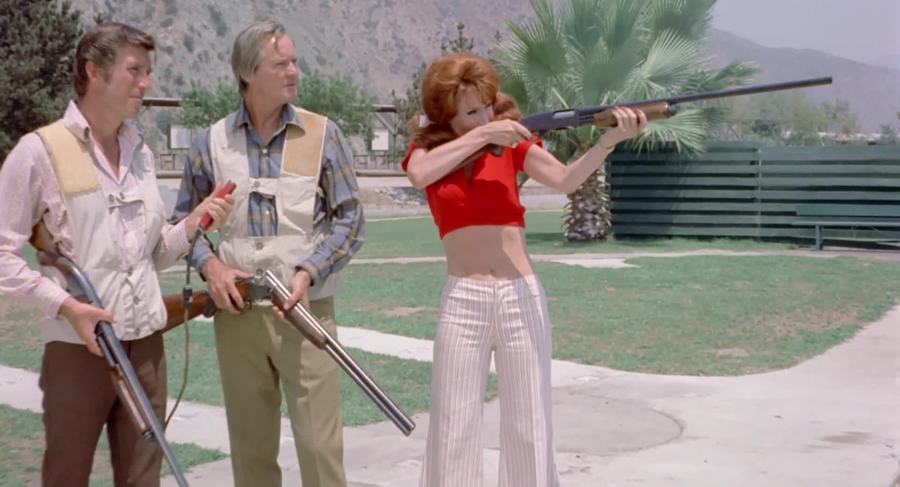 Strangely, for an exploitation film released in 1973 with this premise, it is surprisingly chaste. The women lounge around in tight fitting clothes, bikinis, and low cut tops that accentuate their breasts, but then step behind items like boulders or doors when it comes time to change or seduce a man as part of the mission. Maybe I have been watching too much sleazy exploitation stuff lately, but I found the lack of forced nudity kind of refreshing. At the very least, the choice makes the film slightly more memorable. 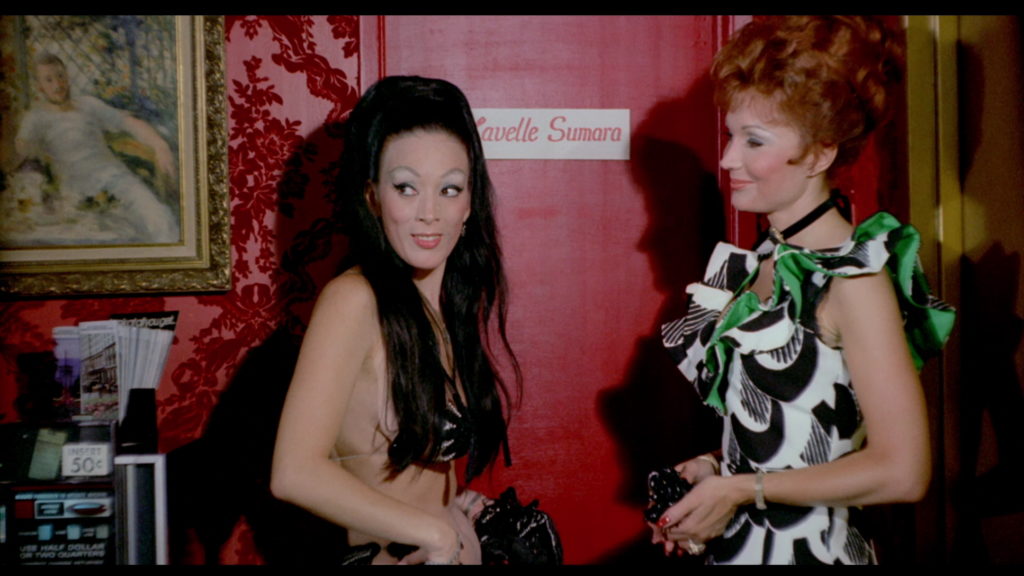 The cartoonish atmosphere is only broken by a couple of graphic moments of violence as two characters are shot point blank in the head (complete with bright red squib splatter) and a man gets his face burned in an effect that includes melting skin and bubbling blisters. Normally, I expect these kinds of touches from the films I cover in this column, but the silly tone quickly established by Mikels left me surprised at the violence—which is an impressive feat. 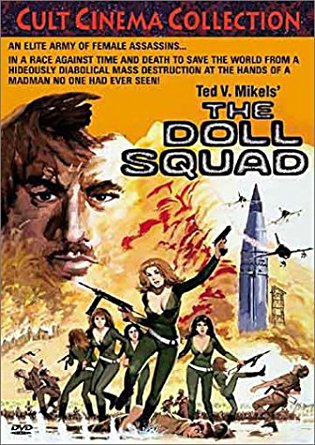