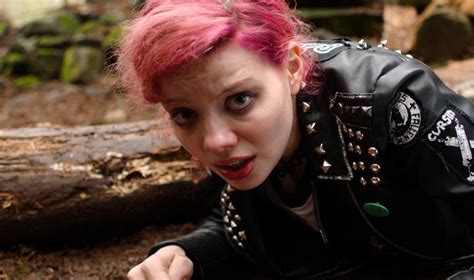 Society’s rejects face off against an unstoppable force of nature in the fun, exciting, and often hilarious horror flick THE RANGER. A group of punks need to outrun the cops in a hurry, so they retreat from the city to a cabin on a mountain owned by the family of one of their own, Chelsea (Chloe Levine, THE TRANSFIGURATION). The cabin was once owned by her uncle (an unmistakable and perfectly-cast Larry Fessenden, seen in flashbacks), who was supposedly ripped apart by wolves some years before. Once there, the gang is tormented by the omnipresent park ranger (Jeremy Holm), who objects to their freewheeling  ways and lack of respect for the mountain in his charge. He has a very particular view of how to enforce the rules, which are as unmovable as the mountain itself, and as unforgiving in their enforcement as the predators that populate the woods. 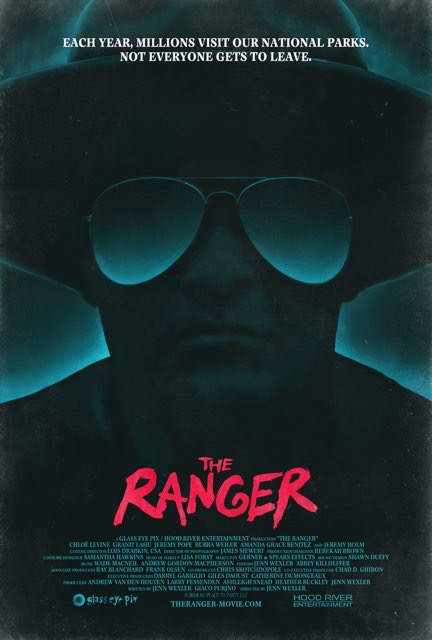 THE RANGER is the feature film debut from cowriter-director Jenn Wexler, inspired by classic punks movies of the 1980s, including CLASS OF 1984 and RETURN OF THE LIVING DEAD. It’s a subgenre firmly embedded in its particular decade, and Wexler captures the thrill of those old flicks without resorting to any of the tired standbys of period-specific references, dirtying up digital footage to mimic the grain of VHS, ironic self-deprecation, or any other gimmicks that too many use as a distraction from the lack of real substance. 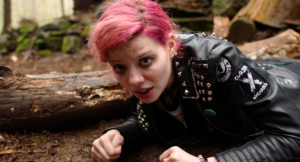 But it’s not fair to THE RANGER to define it by what it isn’t. This is a pillar of lean storytelling, giving the audience just enough exposition to follow along while letting the performances and atmosphere do the rest. It’s effectively tense, as we watch a group of teens who are used to staying one step ahead of authorities find themselves utterly helpless when there’s nowhere to hide, discovering that what might count as survival skills in the city actually make you an easy target in the forest. It’s also a hell of a lot of fun, keeping you on edge until the last possible moment.

The heart of a movie like this are the characters, and THE RANGER is blessed with terrific performances all around, including the supporting actors who turn their characters into more than fodder for the killer, each with their own unexplored but palpable history. But it is Levine and Holm who anchor the film, bringing a sort of anti-chemistry that is terrific fun to behold. It can be interesting when hero and villain are mirror images of one another, but Chelsea and the Ranger barely seem like they’re from the same galaxy. These are two people who have no business breathing the same air yet are forced by circumstance into this preposterous situation, and neither is the sort to back down.

Though THE RANGER is a tribute to the slime and grime of classic punk movies, it’s very much a modern film, splitting the difference between the heightened exploitation of CLASS OF 1984 and the unflinching brutality of 2015’s GREEN ROOM. The violence is not downplayed — bullets genuinely pierce flesh, bear traps actually sever limbs — but it is used to illustrate precisely where the punks and the ranger fail to live up to their own standards. The ranger objects to smoking, swearing, graffiti, even dyed hair in his woods, but has no issue with using torture and murder to enforce these rules. Meanwhile, the punks have learned to live in the cracks of society, evading capture and bucking any social construct that stands between them and doing whatever they want, all of which is completely useless in their current predicament. You can outrun the authorities, but you can’t outsmart a forest. You can flip off a cop and applaud your own rebelliousness, but try the same with a wolf and you’re fucking dead.

If you missed THE RANGER at the Boston Underground Film Festival, see it in New York City tonight as the closing film at What The Fest! Find out where you can see it via the official site! 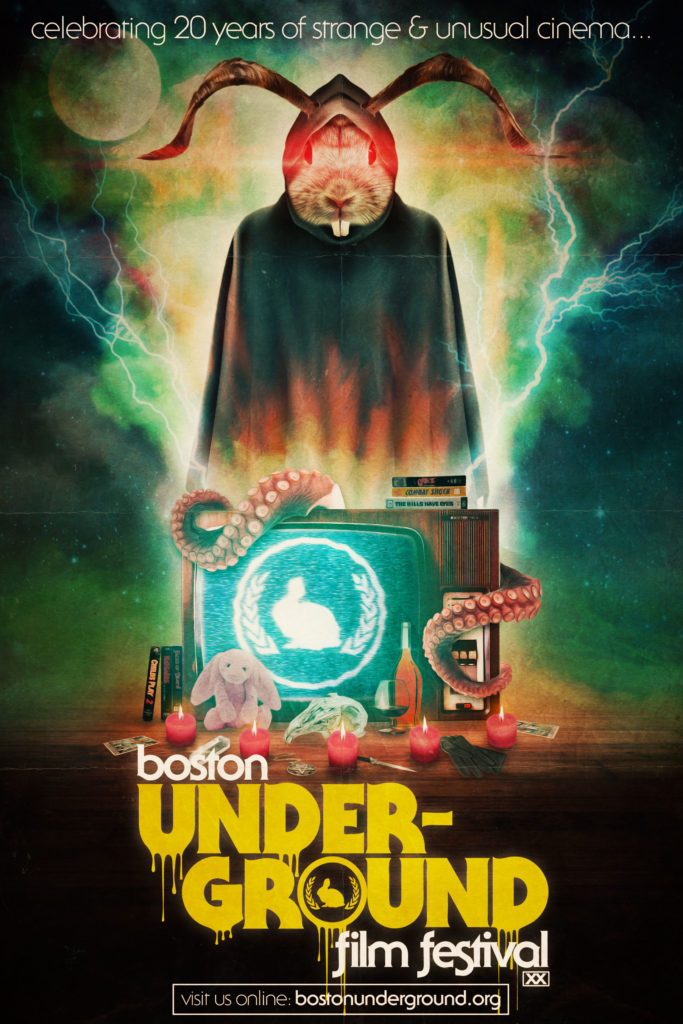