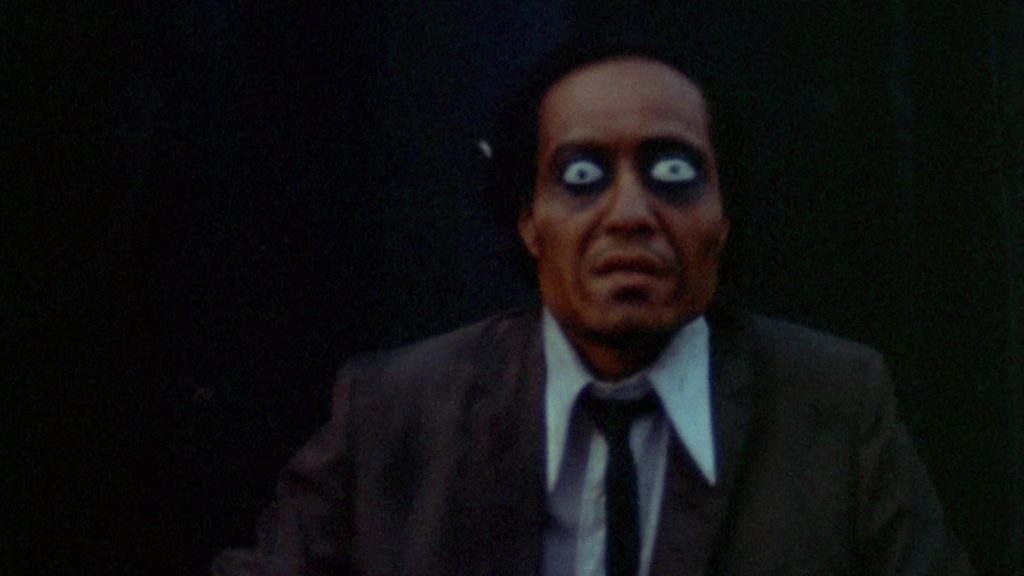 It is something of an understatement to say that GANG WARS (a.k.a. DEVIL’S EXPRESS) is a sloppy movie. The acting ranges from rank amateur to shaky at best, it is awkwardly edited with oddly placed pregnant pauses and incoherent action, the kung-fu fights (which are the reason the film exists) are haphazardly choreographed and clumsily executed, and the story is a muddled collision of three different genres that should complement each other but end up competing to be the main plot. But just because a movie is sloppy, does not mean it isn’t entertaining. Thankfully, there are enough intentional laughs and straight-up surreal touches to balance out the unintentional chuckles.

A striking prologue set in ancient Hong Kong finds a group of monks lowering a box—with an amulet placed on top of it—into a cave. When this task is completed, the monks kneel down, pray, and calmly wait their turn while the lead monk beheads them all with a sword. The lead monk then slits his own throat. I suppose it goes without saying, but that’s a hell of a way to open a movie.

The action then jumps forward to modern day (1976, when the film was made) New York City. We meet Luke (the awesomely named Warhawk Tanzania), an African-American martial arts instructor who welcomes people from all walks of life into his school. Among his students are Cris (Larry Flesichman), a police detective, and Rodan (Wilfredo Roldan), a career small-time criminal. Needless to say, Cris and Rodan don’t like each other, but they respect Luke’s willingness to train anyone who wishes to learn. 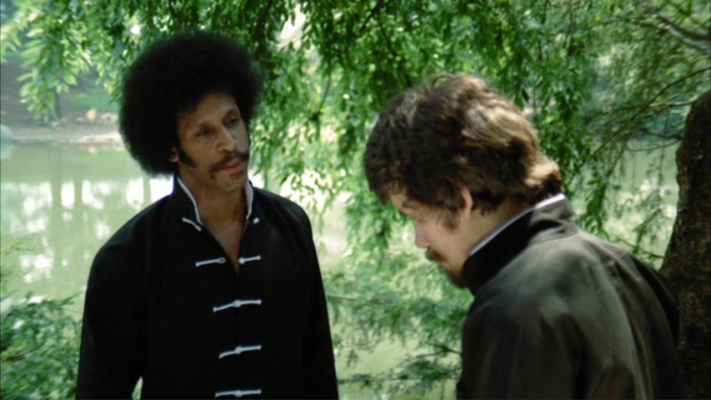 Luke and Rodan take a trip to Hong Kong to advance their training. While there, Rodan discovers the cave from the prologue and takes the amulet from the box. By the time Luke and Rodan are on a plane headed home, a scaly monster has burst from the box, somehow possessed the body of an unfortunate extra (you have to see the simultaneously creepy and hilarious makeup job used to create this effect to believe it), and boarded a freighter ship bound for New York. 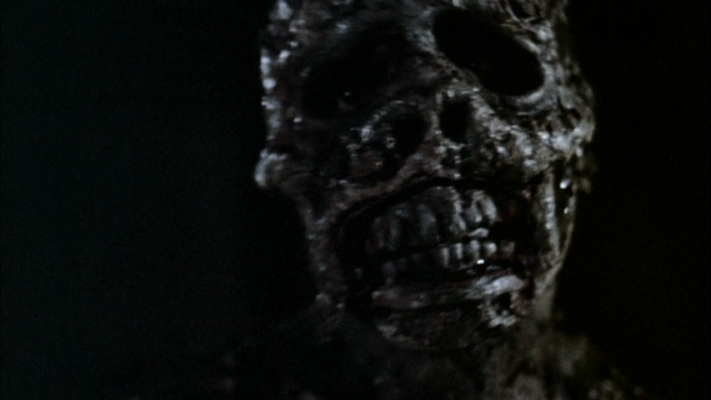 Once he is back in New York, Rodan and his gang get in a war with a Chinese gang over the theft of some cocaine. While Rodan is fighting in the street, the monster has taken to living in the subway tunnels. There, it “sheds” its human host and starts picking off subway riders, mutilating them. Of course Cris is on the case, but at first he stubbornly believes that the killings are somehow part of the gang war and sets his sights on Rodan as the possible culprit, setting the stage for a third act confrontation between himself, Rodan, Luke, and the monster that never actually happens. 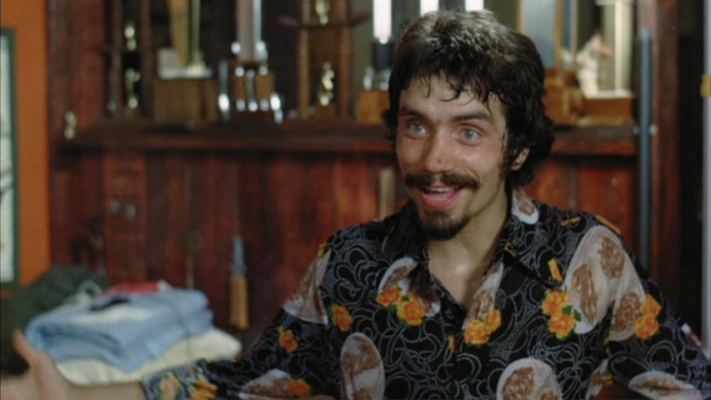 Co-writer/director Barry Rosen apparently was trying to cast as wide of a genre net as possible to attract a broad range of fans. But he does not seem to have a handle on what makes any of the genres he is playing in work. The resulting hodgepodge of gang warfare story, monster movie, and police procedural barely comes together as a coherent narrative, but it does provide a frame on to which Rosen builds a surprisingly organic feeling slice-of-life view of New York City at the time the film was made.

Shooting on the streets of New York in all its mid-’70s, grimy glory, Rosen takes advantage of the instant atmosphere provided by setting scenes in lived-in apartments, dingy bars, and dark, oppressive subway stations. Cinematographer Paul Glickman was Larry Cohen’s regular D.P. through much of the ’70s, so he is adept at grabbing the handheld shots on the streets that add so much character to the film, capturing the grit of the city in a way that grounds the ridiculous story in a very real place. 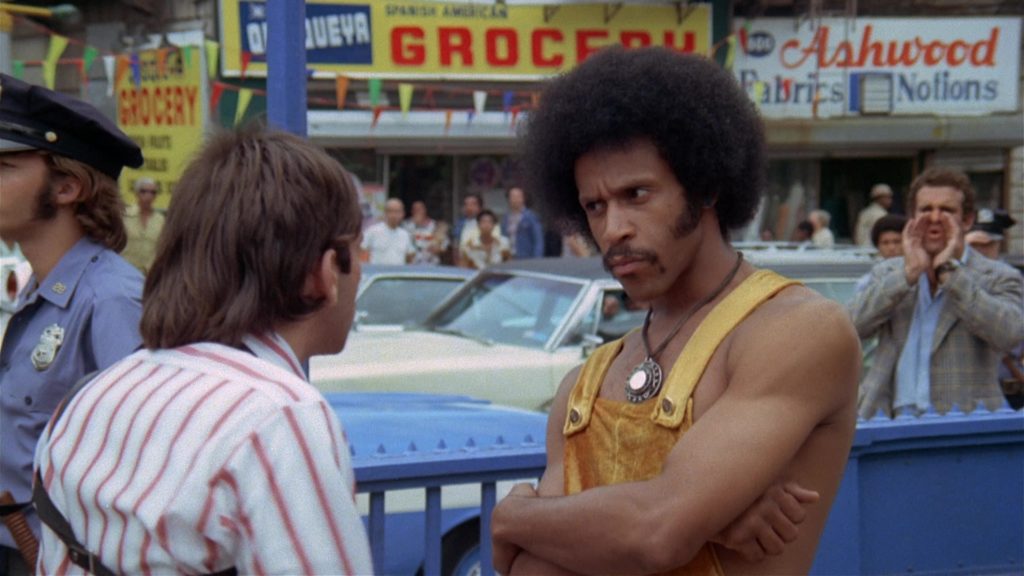 While the plot more or less fizzles out somewhere in the second act due to Luke inexplicably taking a backseat in the narrative to Cris and Rodan, Rosen does have the good sense to run with bizarre, entertaining tangents even though they add nothing to the narrative. For comic relief, Cris is given a green partner named Sam (Stephen DeFazio) whose naïve observations are honestly funny. When first introduced, Sam practically has a “destined to die” tattoo on his forehead, but the longer the movie goes on, the more welcome his goofy presence becomes. The same can be said for a cameo by Brother Theodore as a crazed street preacher. In just two brief scenes, his truly strange energy is the jolt of extra weirdness this already weird movie needs. Even what should be a clichéd scene of a crazy bag lady annoying people on the subway is more true-to-life and offbeat than most films that employ this trope. 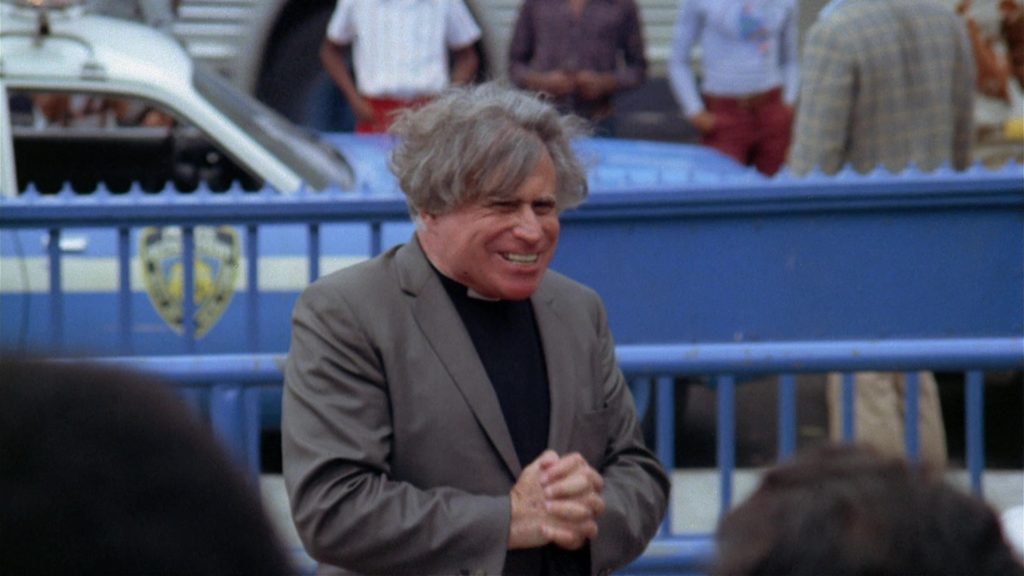 While I wish the story was more coherent and the action better staged, GANG WARS is still an interesting time capsule worth watching. I rarely endorse films that are simply a collection of individually fun or unique ideas without adding up to a satisfying whole, but this time, I am making an exception. 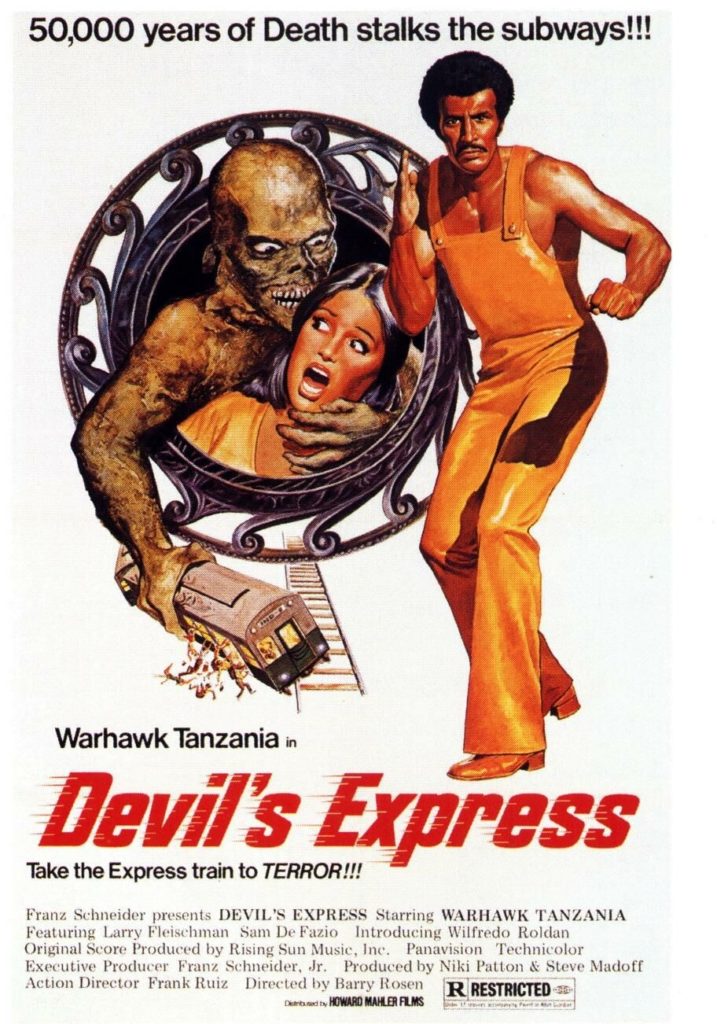