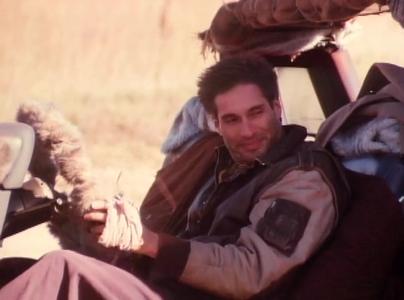 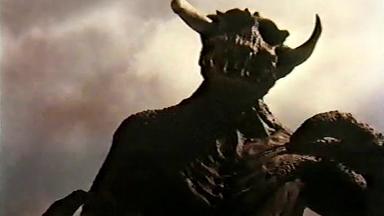 This review contains spoilers for last week’s ‘My Exploitation Education’ film BATTLE FOR THE LOST PLANET.

After the fun I had last week with BATTLE FOR THE LOST PLANET, I was more than happy to sit down and watch its sequel, MUTANT WAR. Unfortunately, where the first film probably benefited a bit from lowered expectations, the sequel suffered from heightened expectations. Instead of going bigger and more over-the-top, returning writer/director Brett Piper settles for a smaller story that looks and feels even cheaper than the first film, but largely lacking in the low-budget ingenuity and charm that made BATTLE so much fun. 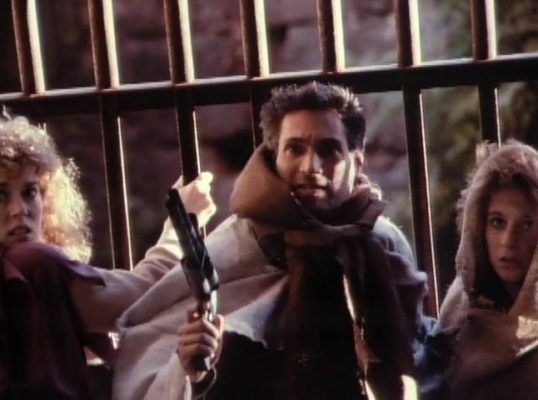 Industrial espionage agent turned freedom fighter Harry Trent (Matt Mitler) is back, roaming the post-apocalyptic countryside. In voiceover, Harry explains that while the weapon he and his comrades used to kill the invading aliens in the first film did its job, it had the unexpected side effect of radioactive fallout that mutated some people into brainless, aggressive monsters.

While driving around in one of the last running cars in existence (the design and paint job on the car is great, recalling the wit of the first film), Harry fights stop motion monsters, scavenges gas from old filling stations, and saves the life of a teenage girl named Spider (Kristine Waterman). Spider tells Harry that her parents were killed and an army of the mutants kidnapped her two older sisters. Despite his protests that it isn’t his fight, Harry eventually agrees to help Spider rescue her sisters and the film’s thin plot is kicked into gear. 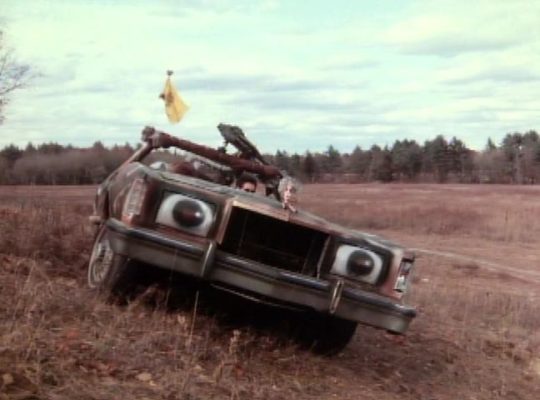 The first ten minutes of MUTANT WAR are very strong. The stop motion used to animate a giant monster that Harry battles is more polished than the first film. The revelation that the weapon used to destroy the aliens also turned people into mutants (apparently including all of Harry’s surviving allies from the first film, though that is never made totally clear) calls back to the conversations about the dangers of escalating weaponry in BATTLE. Mitler is clearly having fun playing against type again as the sardonic tough guy archetype. But then the plot kicks in with Spider and the rest of the film feels sadly perfunctory.

With Harry as the only character carried over from the first film, Piper tries to fill out the cast of characters with not just a rote “tough orphan” character in Spider, but also a new love interest for Harry with Beth (Deborah Quayle), a new gang of misfits as Harry’s allies (punks instead of bikers this time), and a human villain named Reinhart Rex (Cameron Mitchell showing up to cash a check) who is using the mutants in an attempt to take over the world. 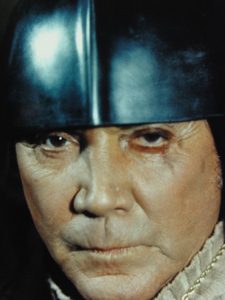 Aside from Mitler, everyone seems to be phoning in their performances, and you can’t really blame them. Considering the first film was all about saving the remnants of the human race from alien enslavers, it is a definite step down in stakes to have Harry simply doing battle with a crazy man who thinks he is a general in command of an army of mutants. While there are some nicely loopy touches like an intergalactic arms dealer dropping into the middle of the film and a mega-mutant that Harry has to fight at the end, MUTANT WAR feels more like a pilot for a Harry Trent TV show than a movie. 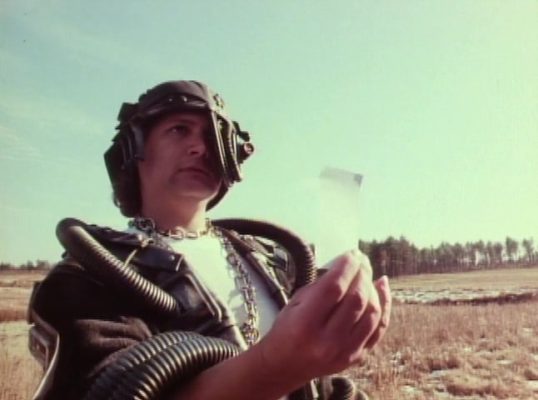 The smaller ambition is not the only point where the film suffers in comparison to its predecessor. Missing is much of the silly comedy and knowing winks to the lunacy of trying to make a massive action/sci-fi film on a micro-budget. Piper does not exactly give the film a serious tone, but the relative straight face with which everything is played this time around is a bit of a let down. Nowhere is this more noticeable than the saccharine note that MUTANT WAR ends on compared to BATTLE essentially ending in meta fashion via its narration. The change in tones not only isn’t earned, but also is not necessary.

For as much as I have complained about it, you would be forgiven for thinking that I hated MUTANT WAR, but it is never really that bad of a film. There are enough echoes of what made the first film so much fun to keep it more than watchable. I am simply disappointed that Piper went in such a routine direction after having the kind of creative success he had with BATTLE. Harry Trent is a fun character and he deserved better than such a bland swan song. 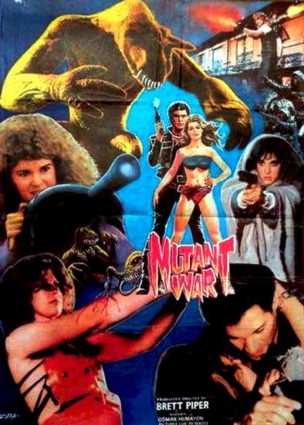