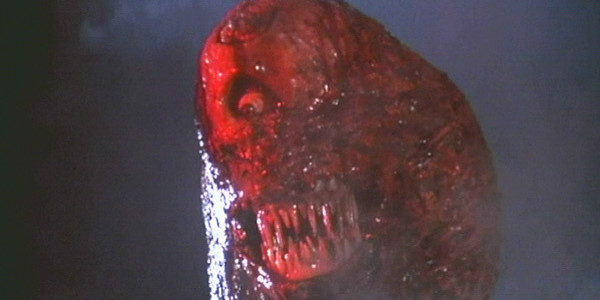 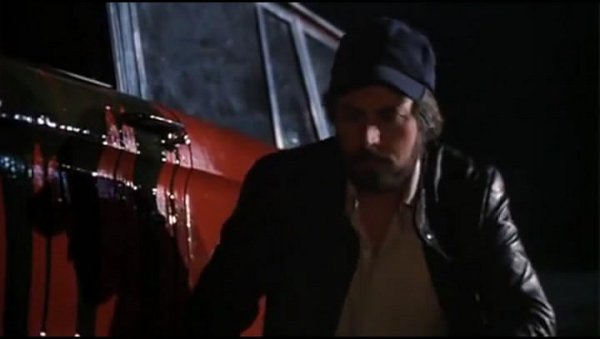 THE BEING is not a good movie, but there is something effortlessly hip about its cast of old Hollywood players like Martin Landau, José Ferrer, and Dorothy Malone acting alongside pop counter-culture figures like oddball ’70s adult film producer Bill Osco (credited as Rexx Coltrane and Johnny Commander), Rowan & Martin’s Laugh-In regular Ruth Buzzi, cult musician Kinky Friedman, and Murray Langston (better–ahem–known as “The Unknown Comic” from The Gong Show). Overseeing the weird tone that results from putting this troupe together in a ’50s-style sci-fi/horror plot is writer/director Jackie Kong. While THE BEING is not as witty or fun as Kong’s later masterpiece BLOOD DINER, it does tap into the feeling that a lot of people in the production are getting away with a prank on both the audience and the investors that backed the film. 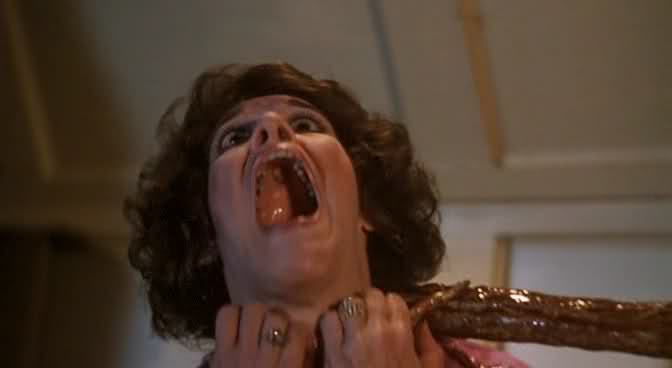 In a small Idaho town that has been hit by several severe thunderstorms in a row, people have disappeared. Sad sack, largely ineffectual police chief Mortimer Lutz (Osco) is on the case but does not seem to grasp the severity of the situation. Mayor Lane (Ferrer) just wants any bad publicity to go away, lest his potato farm profits take a hit. Nuclear researcher Garson Jones (Landau) is hanging around, a little too anxious to prove that the nuclear waste-dumping site he helped install just outside of town is safe and has nothing at all to do with the disappearances. 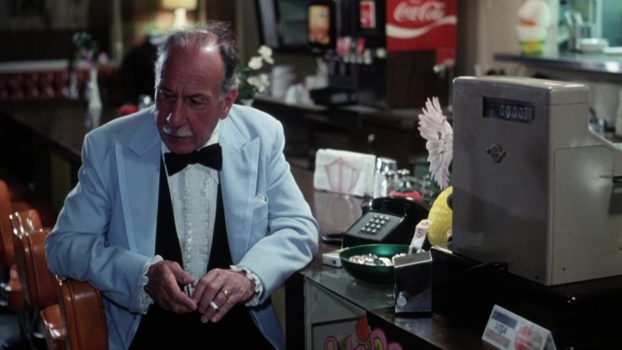 Of course, the disappearances are indeed the result of the nuclear dumping site since it mutated a child and turned him into a slimy, slobbering monster with a tendency to rip people’s heads off and turn them into puddles of green goo. It takes Mortimer far too long to figure this out, but when the Mayor will not give him the manpower to fight back against the creature, he has to take it on with only the shifty Garson as his back up.

Despite some decent make up effects and a couple of nifty kills, the monster movie aspect of THE BEING is the weakest part of the movie. This is largely because Kong plays the horror/sci-fi angle for laughs and broad satire about the potential for disaster associated with nuclear power plants. Instead, the movie turns into a silly comedy about the close-minded and hypocritical residents of the town as the monster occasionally pops up and rips off a head or pushes a clawed hand through someone’s chest. 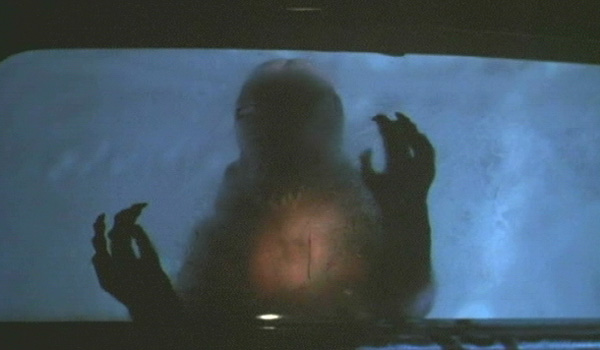 Despite the very uneven tone and stop-and-go nature of the narrative, THE BEING is actually an easy to like flick. Kong and company throw digs at the casual racism of one of Mortimer’s deputies, make fun of the ridiculous campaign against “smut” (someone saw what they thought was a massage table being delivered to an empty storefront—despite not knowing what a massage table looks like) waged by the Mayor’s uptight wife (Buzzi), and offer up some soft jabs at the objectification of women in horror films of the era. While Kong stops just short of having the cast wink at the camera, it is clear that this is a silly lark for all involved and is intended to be treated as such by the audience.

That sense of fun is palpable from Ferrer and Landau. Both actors had been largely phoning in performances in low-budget horror movies for much of the ’70s, but are actually engaged here. The exposition in the film is thankfully light, but Ferrer’s nimble, funny turn gives these moments more entertainment value than would be found in a straight monster movie. Landau turns his possibly corrupt government official into a bug-eyed nutter, chewing the scenery and just generally providing a weird presence whenever he is on screen. That both actors showed up to play saves the film since Osco (who also served as producer) is unfortunately a dead fish as an actor. His solo scenes are the biggest drag on an otherwise fun flick. 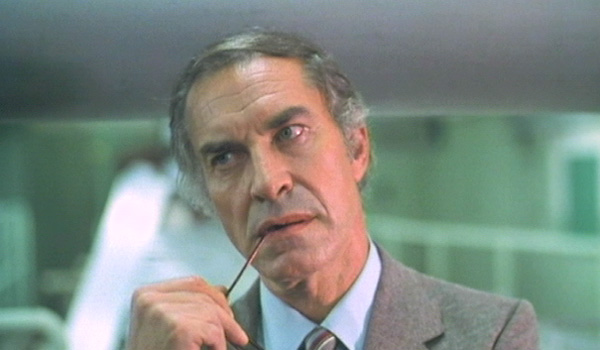 Kong would perfect the loose, goofy tone, strange characters, and occasional bursts of bloody horror violence found in THE BEING a few years later with BLOOD DINER. But as dry runs go, this is swift, borderline nonsensical fun. Sometimes that is all you need out of a monster movie. 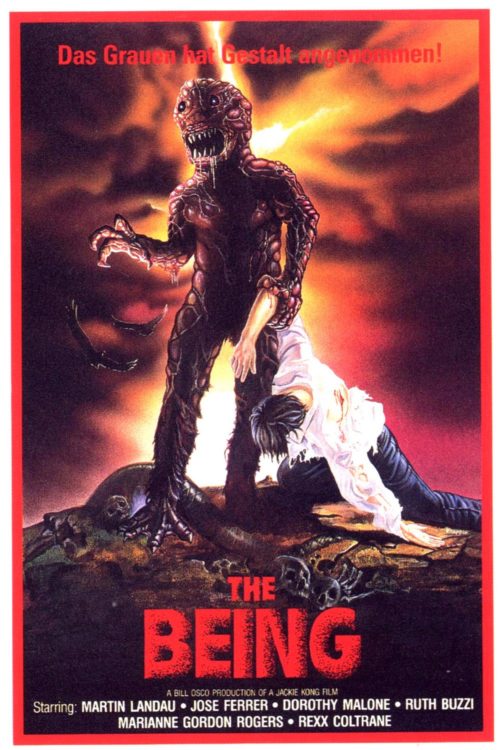