Home  ⁄  The Wire  ⁄  Chicago! Win Tickets To The Premiere Of SKELETONS IN THE CLOSET On Friday Night!

Windy City Horrorama and Daily Grindhouse want to send you and a friend to the world premiere of SKELETONS IN THE CLOSET at Chicago’s Davis Theater. All you have to do is Retweet or share this article with the hashtag #SkeletonsInTheCloset. It’s as simple as that! 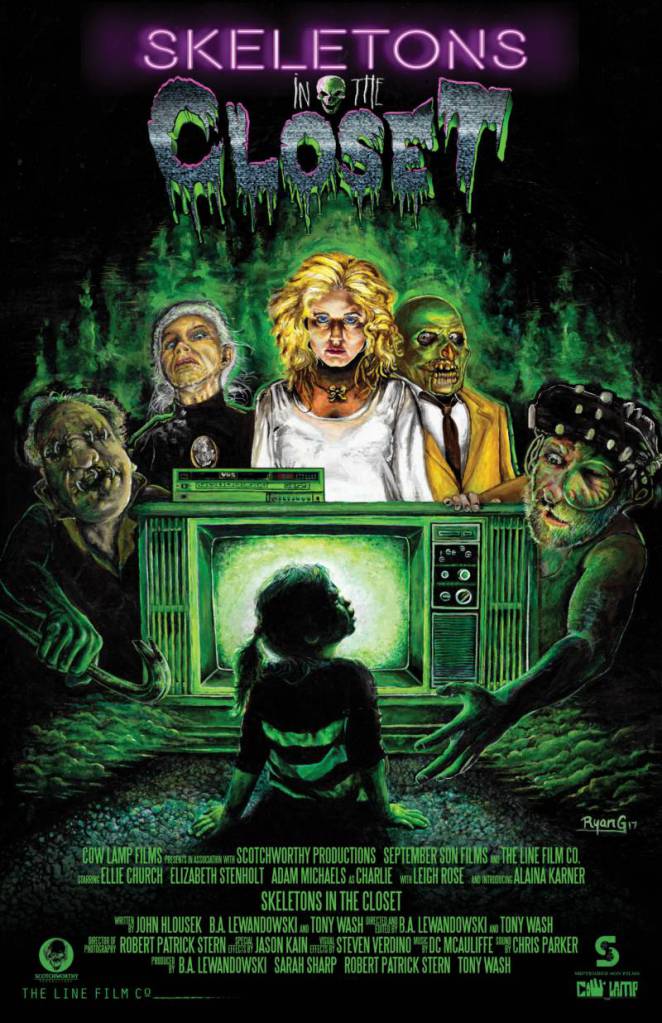 A wild blend of anthology films,  ELVIRA, MISTRESS OF THE DARK, TERRORVISON, and Joe Bob Briggs, SKELETONS IN THE CLOSET comes from directors Tony Walsh and B.A. Lewandowsk and features Ellie Church, Adam Michaels, Elizabeth Stenholt. Horror enthusiasts may know Walsh from the WORLD OF DEATH web series and Lewandoswki from HIGH ON THE HOG. This being a world premiere, the cast and crew will be in attendance. You can purchase tickets online, but wouldn’t you rather go for free? Just spread the word!

A writer, filmmaker, musician, and amatuer bon vivant, Mike Vanderbilt spends his days and nights on either end of the bar. When not hard at work slinging margaritas, he tries to squeeze in as much adventure, excitement and romance as he can. He also has a certain moral flexibility.