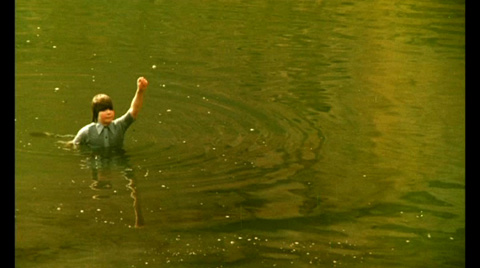 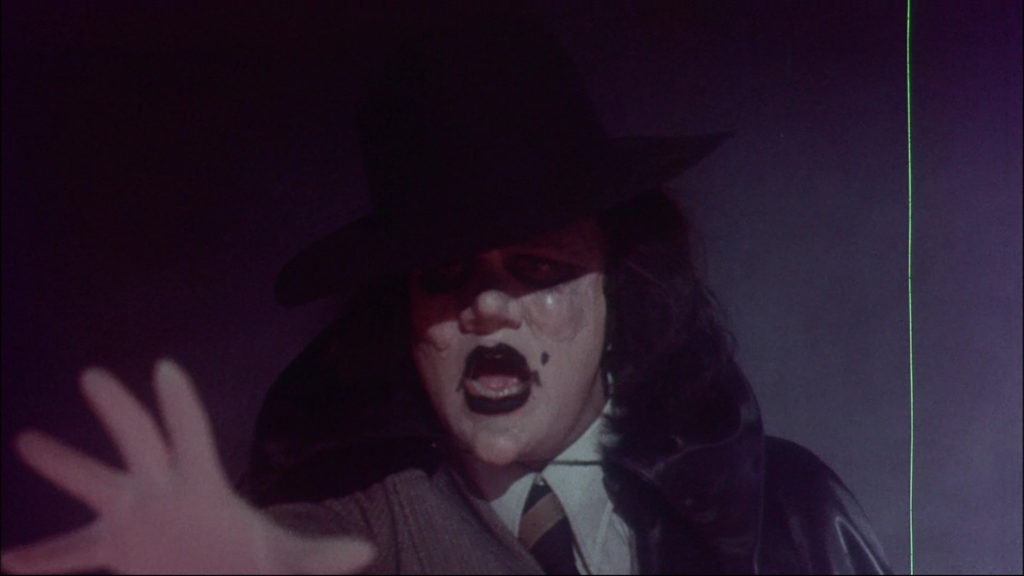 While watching THE REDEEMER (a.k.a. THE REDEEMER: SON OF SATAN! and CLASS REUNION MASSACRE), I found myself pondering what elements should be included and—more importantly, excluded—to precisely define a Christian scare film.

For those unfamiliar with this odd little sub-genre, the Christian scare film is exactly what it sounds like: horror films that were made for a Christian (usually Evangelical) crowd that pushed the message that sinners who do not repent and become “saved” will be punished by a wrathful God. These punishments usually took the form of an ironic comeuppance that often bore a close similarity to the types of deaths seen in secular horror films. 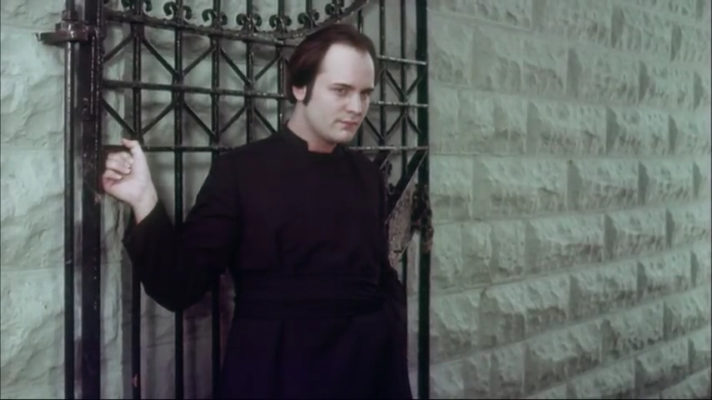 Interestingly, in a lot of these films (which really saw their heyday in the mid-’70s through the early-’80s, playing both in Church basements and on drive-in theater screens alongside the latest low-budget horror and sexploitation flicks), despite the ostensible message that “Jesus saves” and interminable scenes of preaching, there was a pretty decent dose of gore. The regional filmmakers behind movies such as IF FOOTMEN TIRE YOU, WHAT WILL HORSES DO? and the A THIEF IN THE NIGHT series, were only too happy to linger over scenes of godless communist invaders shooting and beheading Christian children or showing the pustules and boils of plague victims in graphic detail.

Where the Christian scare film usually differed from its mainstream horror counterparts was in the depiction of just why a sinner deserved to be punished. Since these films were made to be shown to church congregations, things like extramarital sex and blasphemy were kept almost entirely off-screen, often less implied than just blatantly explained by a third party that that “long hair over there was a hippie who smoked weed and had sex in the back of his van so let’s all watch him get what’s coming to him.” It didn’t matter that the offending behavior was never shown to the audience, they just had to take the narrator at their word. 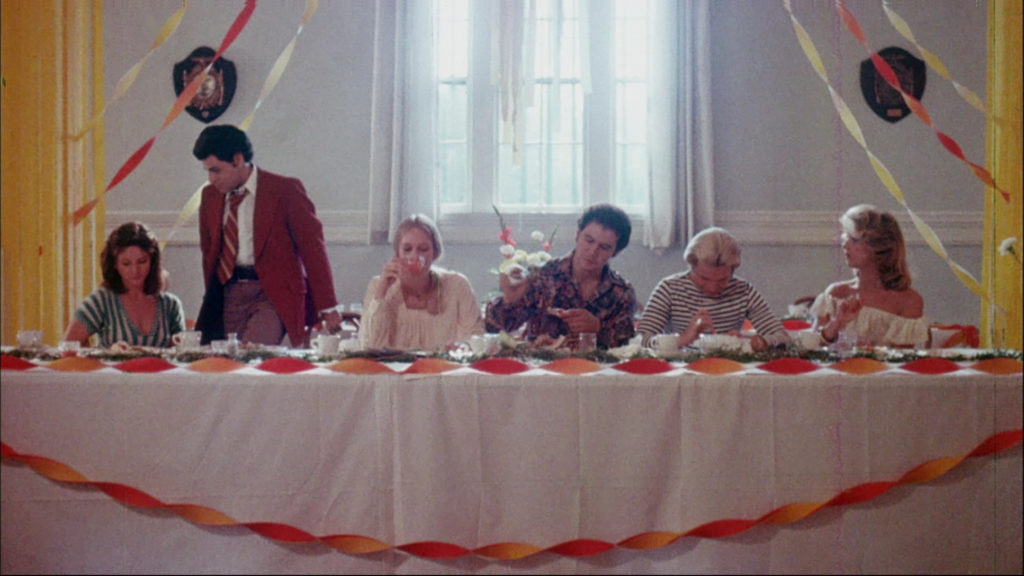 At first glance, THE REDEEMER looks and sounds a lot like a traditional Christian scare film. The film opens with some nonsense text on the screen about a being that will arise to punish the wicked that is made to sound like a quote from the Bible. Then a boy (Christopher Flint) emerges from a lake, hand held high over his head. Creepy, with his blank stare, the boy makes his way to a church where he sings in the choir and listens to a fire-and-brimstone sermon by a preacher (T.G. Finkbinder) that lays out the sins of the victims-to-be. So far, so traditional in the sub-genre.

But as the preacher describes the greed of an attorney (Damien Knight), the drunken depravity of a barfly (Jeannetta Arnette), and the perversion of a woman (Gyr Patterson) in a committed relationship with another woman, director Constantine S. Gochas breaks from the traditional beats of the subgenre and shows examples of these behaviors. Not only does the film feature a kiss between two women (something that would never, ever be shown in a straight ahead Christian scare film), he also allows the characters to swear freely, crack jokes about not having any kids that they know of, and hang out at a strip club (the action cuts away before any clothes actually come off). All of these details made me wonder if the film was actually just an early proto-slasher with the occasional odd wink toward some sort of religious underpinning—sort of a super low-budget THE OMEN (which is name-checked in the poster and the trailer), but with greatly reduced ambition.

All of these thoughts went through my head before I accepted the fact that no matter what genre THE REDEEMER belongs to, it’s an agreeably swift slasher that has just enough atypical elements to keep it on the watchable end of the spectrum. 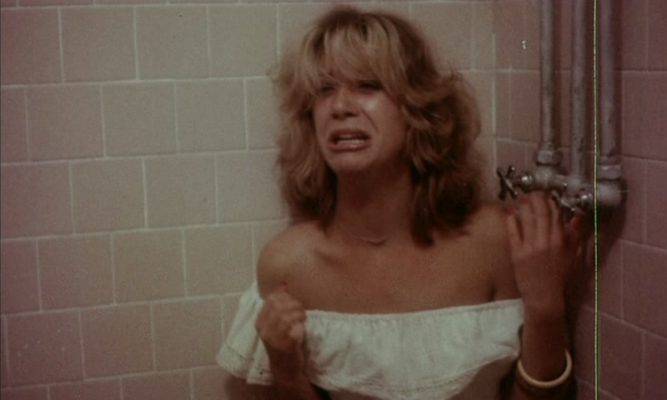 Once the introduction to the potential victims (which include three more archetypal jerks: an egomaniacal actor, an icy woman who married for money instead of love, and an obnoxious slob) is done through the sermon, the story proper begins as they are all revealed to be attending their ten-year high school reunion. But when they get to their old school, they find it shut down. Stranger still, they are the only ones who showed up and the caretaker in the school building claims to know nothing abut a reunion, despite a huge buffet of food set up in the cafeteria.

From there, things progress as you would expect with a killer knocking off the cast one-by-one. Thankfully, while the film adheres pretty closely to slasher movie traditions, Gochas colors in the margins enough to make it fun. In a theatrical twist, the killer sports a series of masks and disguises to toy with his victims before killing some of them in baroque ways such as dropping a dangling sword from the ceiling or burning them alive with a homemade flame-thrower. The script by William Vernick also has the good sense to avoid keeping all of the potential victims jerks. As the body count rises, some of the group develop enough sympathetic tendencies to make the audience care about them, providing just enough of a boost in suspense to overcome their inevitable bad decision to split up and search for the killer. 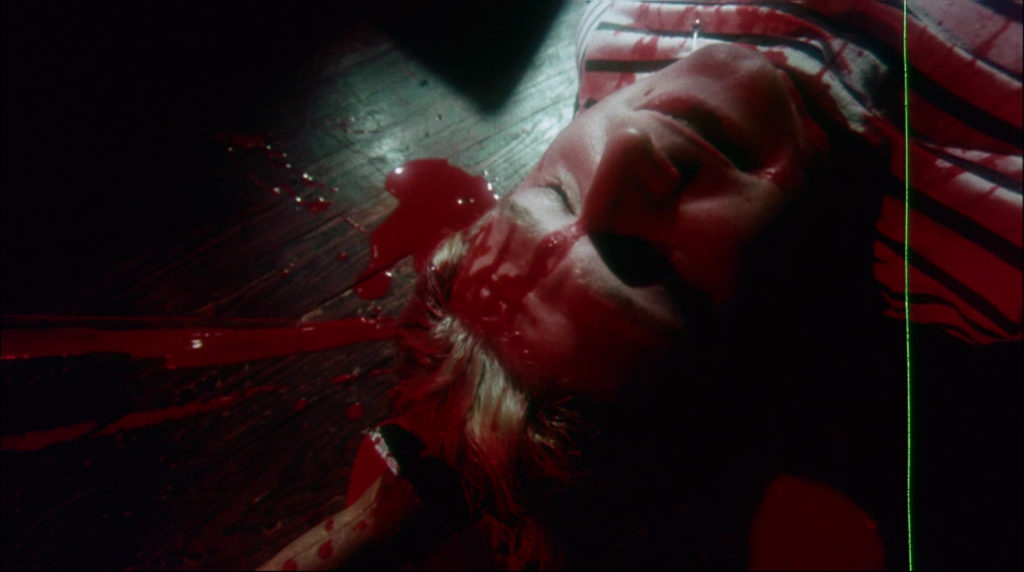 By the end of the film, I could not help but come back to wondering if it was intended to be a cautionary tale of what happens to “sinners” or if it was trying to be something more nuanced by exploring the evil that happens when a fundamentalist takes things too far (the poster that includes the SON OF SATAN subtitle certainly backs that idea up).

The strange supernatural opening and closing of the film gives it the feel of an anthology since these sequences largely exist on their own outside of the slasher film at the center and have their own resolution. The wrap-around sequences point to the idea that a higher power has been at work for the whole movie, but does that mean that higher power was righteous? If that is the case, then THE REDEEMER does fall in line with the Christian scare film genre. But if the point of the film was actually to show the dangers of taking fundamentalist rhetoric to its violent extreme, then—while clunky in its execution—I appreciate the attempt to do something different and thoughtful within the confines of the still-new slasher genre. Either way, the film is not a lost classic, but the fact that I am still asking questions about it a week after watching it is impressive. 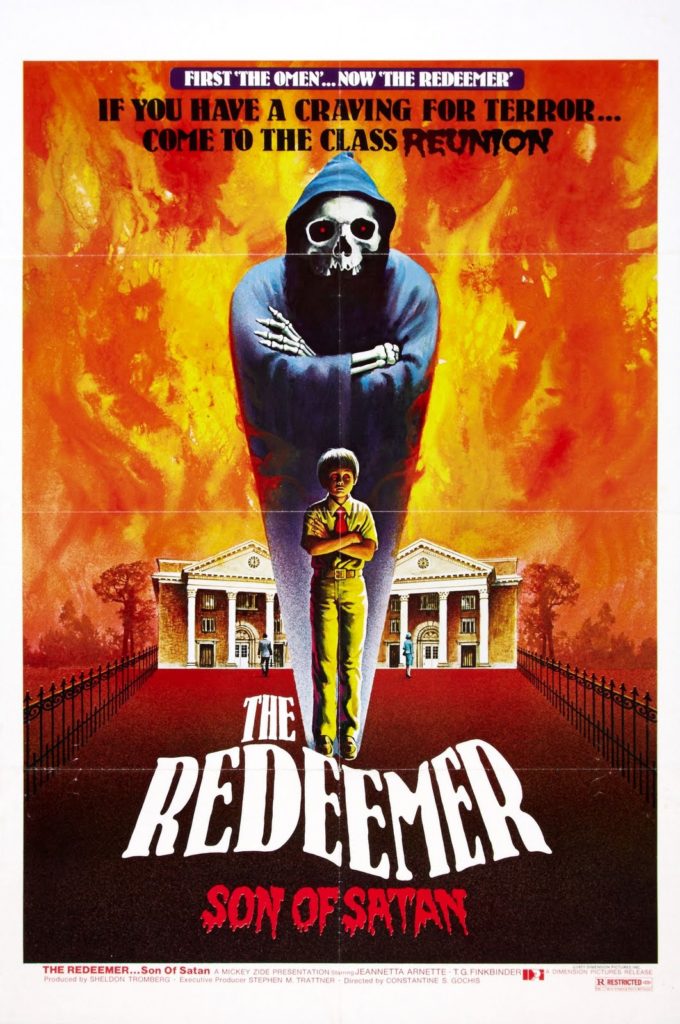