One of my favorite Hollywood stories is that, supposedly when Charles Bronson was offered the chance to be in DEATH WISH, he was pitched the role over dinner with his friend, director Michael Winner. Winner was already in for the project, and he explained the story is based on the Brian Garfield book about a man whose family was attacked and then lost his mind and went out on a rampage shooting a bunch of muggers. Bronson immediately got excited and said, “I’d like to do that.” Winner then started going on and on about how great the script was, Bronson famously said “No, not the film. I’d like to shoot the muggers.” Bronson did end up taking the role, and DEATH WISH (while not really an action film) influenced the next 30 years of action films 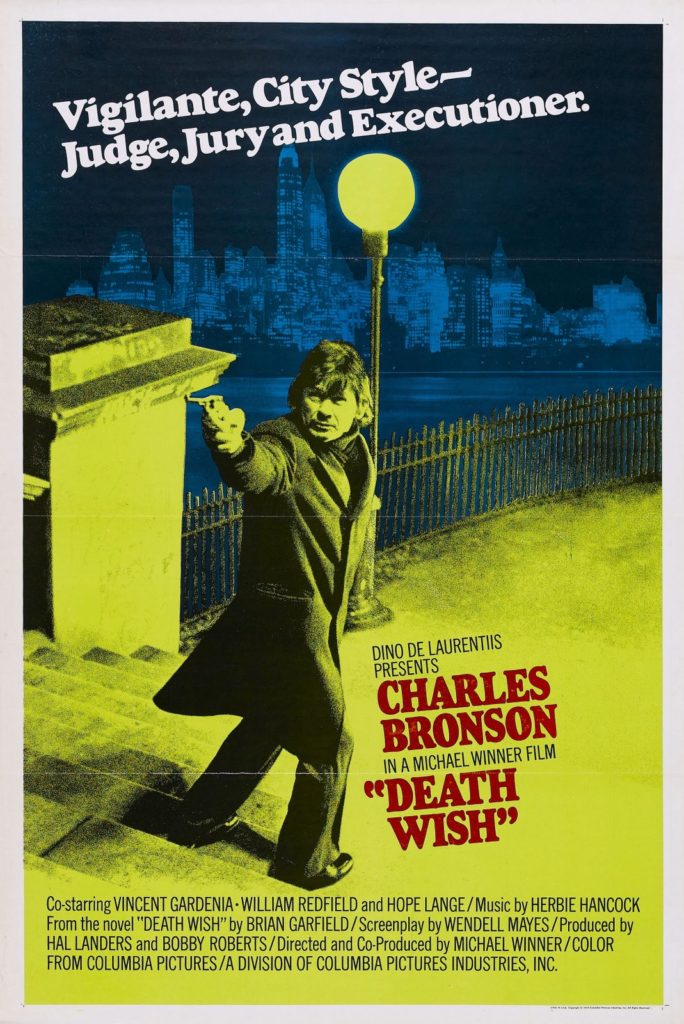 I assume you’re familiar with the story (if you haven’t seen this movie, you’ve watched a film it’s influenced) but on the odd chance you’re not, DEATH WISH focuses one of the unluckiest men to ever live, Paul Kersey. Within the first few minutes of the film, Paul’s seemingly ideal New York City existence is ruined. In a rather ugly scene (though much tamer then similar scenes later in the franchise), his wife is murdered and his daughter is raped by a group of cartoonish, drugged out thugs (led by Jeff Goldblum, of all people) who followed them home from the supermarket. As his life goes on, he’s on a work trip and goes to a gun range with a friend (where it turns out, spoiler alert, he’s a crazy good shot). On his way back to NYC, his friend gives him a gun as a going away gift. In time, Kersey works up the nerve to start walking around at night with his gun. Next thing you know, watch out scumbags, vigilante Bronson is out there “bringing justice to the streets, his way.” Which means he’s running around shooting criminals.

Of course, it goes without saying that the impulse to shoot a bunch of violent criminals, while understandable; is batshit fucking crazy. Yes, I know a lot of Breitbart types love this film, and think DEATH WISH is as blueprint of how the world should work. Of course it’s not. But do we want to watch a thoughtful movie about realistic ways to combat crime in urban America, or do we want to see Bronson shoot a bunch of scumbags? Yeah, I thought so.

There are essentially two different parts to DEATH WISH. The first half of the film is a powerful drama. Bronson is fantastic in the film; he totally captures the emotion (or lack thereof) a tough older dude suffering from PTSD after suffering the loss of loved ones. He’s a little lost, trying to move on, not really sure how to act or what to do. So, he morphs into Batman, or maybe more accurately, The Punisher.

Interesting fact: Like DEATH WISH, The Punisher was also introduced to the world in 1974, a few months after Hollywood starting buzzing about a controversial movie featuring Charles Bronson as an ex-military man running around killing criminals. Probably just a coincidence, I’m sure.

The second half of the film is where the action kicks in. After killing his first victim, Paul Kersey runs home, sickened by what he just did, collapses into the bathroom and throws up. Which is one of the rare times the film deals with the fact that, you know, running around killing muggers is a fucked-up thing to do. Don’t worry, there won’t be much more of that in the franchise. Starting the next evening, Bronson is tearing through the never-ending supply of muggers that 1970s NYC had to offer. It needs to be said; few other places in history look as badass on film as NYC did in the ’70s, and much like TAXI DRIVER or THE WARRIORS, the sleazy setting of NYC really is one of the charms of the film. In the ’70s and ’80s, most of America was terrified of NYC. The New York Bronson lives in pretty much exactly the city your uncle who voted for Trump thinks every city in America is now. Violent crime is always around every corner. Every night Bronson goes out looking for trouble, and every night he finds it. It’s a bit silly, though it obviously makes for a much more interesting film then a realistic portrayal of city life would be.

As the movie goes on, the media picks up on the investigation of “The Vigilante,” and his exploits become the biggest story in town. But as it turns out, the Mayor orders the police not to arrest him. Crime is down, and if the dirtbags knew the vigilante was arrested, they’d be right back out there. It is just as well, because we know all levels of law enforcement are fucking useless in action movies. Well, except for cops who play by their own rules, they’re awesome. But that’s another story.

Eventually, the police almost by mistake, do apprehend him. But the officer who catches him (played by Christopher Guest!) hides his gun and gives it to the head detective, who leaves it off his report. Later, Kersey is made an offer he can’t refuse: if he leaves town, they’ll throw his gun (the only evidence in the case) in the Hudson River. If he stays, all bets are off. So, he moves to Chicago, a small, quiet town where he’ll never deal with the problem of urban crime again.

Other than the fact that Paul Kersey gets to move to far superior city, there is nothing close to a happy ending or closure for anyone in the film, which is perfect for this movie. The thugs who murdered Kersey’s wife are never apprehended or killed (DEATH WISH is not a revenge film, in fact, the gang is never seen again after the crime against his family is committed).  His daughter is still catatonic. The officers who were investigating the vigilante had to let him walk away, making their investigation a complete waste of time. Kersey is just as damaged as he was the day after his wife was killed.

Still, I wouldn’t worry too much about Paul Kersey. He was a smart successful dude, with a daughter to care for. I am sure his story is going to be smooth sailing from here on out. 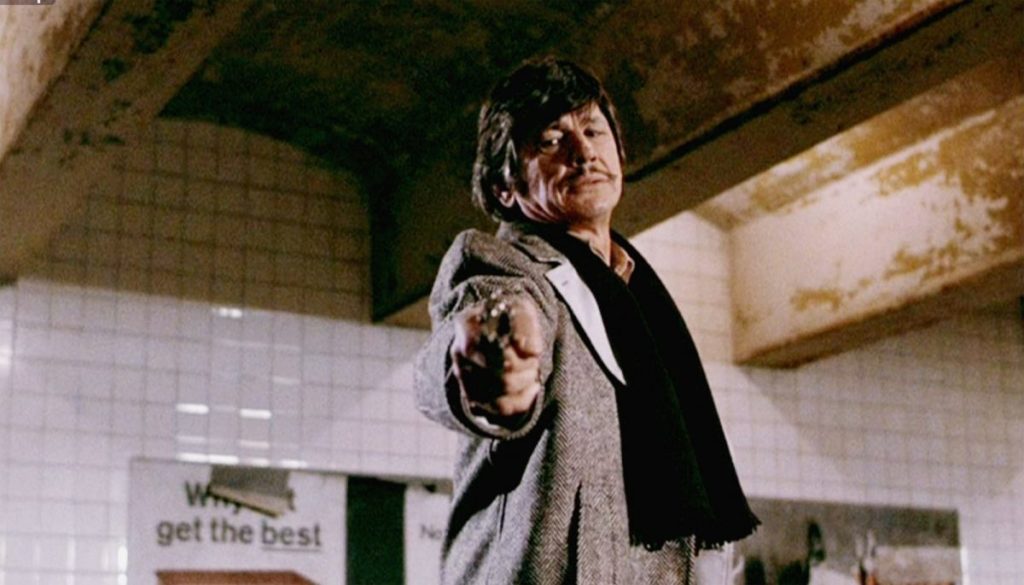