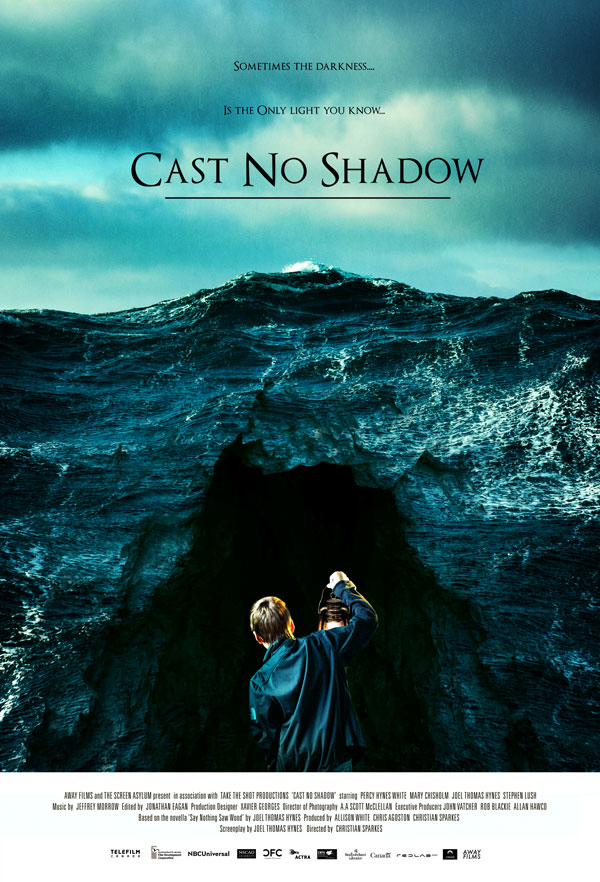 As a proud Canadian, and an equally proud Newfoundlander, I try to keep one eye focused on the films that occasionally squeak out of my home province. Considering its reputation for eccentric characters with funny accents, these films tend to be light comedies, but that could rapidly change with the release of the dark coming-of-age drama CAST NO SHADOW. The gorgeous, sea-swept Newfoundland locations become ominous in the hands of director Christian Sparkes, who — along with writer/actor Joel Thomas Hynes — has crafted one of the most startling feature debuts I’ve encountered. A distressingly accurate portrayal of the crossroads of imagination and adolescence, with an absolute powerhouse of a lead performance by the impossibly young Percy Hynes White. You’ll forgive my indulgence in raving a bit, because this is a truly great, beautifully made film that I’m hoping everyone reading this will track down — especially those of you who have the opportunity to see it in a theater.

CAST NO SHADOW‘s director Christian Sparkes took some time to chat with Daily Grindhouse’s Doug Tilley about the difficulties of working with a young actor, collaborating with writer (and father of the lead) Joel Thomas Hynes, and the importance of telling this story in Newfoundland.

CAST NO SHADOW is currently showing theatrically throughout Canada and will be expanding to 19 screens across Canada as part of National Canadian Film Day on April 29th. Keep an eye on the film’s Facebook page for announcement of future screenings. 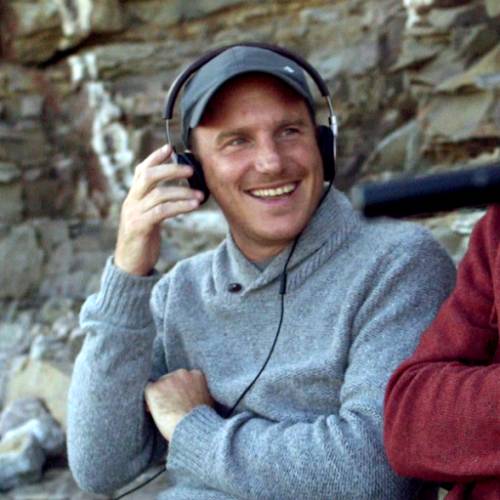 Doug Tilley (DT): Can you speak a little about the major challenges in getting the film made? The rare features made in Newfoundland tend to focus on comedic, eccentric characters, so I’d have to think an often brutal coming-of-age drama must have been a hard sell.

Christian Sparkes (CS): The turnaround time on getting this film made was super quick. I had heard of a deadline coming up for Telefilms Micro Budget program, which was three months away. At the time I’d been speaking with (writer) Joel (Thomas Hynes) about adapting and combining his various works, and pitched him on the idea of applying. He went for it, and three months later we had a script. Eight months later, we had the film shot. So it was less than a year from the initial rumblings to the actual edit room. In terms of having to sell the film, the drama, the darkness of the story, etc. — it wasn’t something we even considered, I don’t think. We knew we had a classic story with rich characters, so we proceeded with confidence.

Or stupidity, depending on how you look at it.

DT: Much has already been written about Percy Hynes White’s performance, but did your vision of the character of Jude change much throughout the casting process? It’s a role that seems so defined by the actor playing it, and as an audience member it’s difficult to think of another child actor who could bring such a haunted quality to the role.

CS: You can never fully imagine how an actor is going to realize their character on screen. Its a process. Ideally, you recognize character traits in the actor as a human being that you see in the character they’re playing. Having said that, Percy is nothing like the boy in the film, yet I knew he had the intelligence and the soul, I guess, to see Jude realized. He has an innate gift to begin with, and he’s young enough that he operates on instinct. Luckily for me, his instincts were often correct. I think a lot of the magic in his performance, as well, is what he didn’t do. It’s challenging to get child actors to ‘underplay’ it, but Percy understood the kind of nuance we were going for, and my job was to keep him interested in achieving that.

DT: Did you and (writer/actor) Joel Thomas Hynes have a relationship previous to the making of the film? Did having the screenwriter acting in the film present any specific challenges?

CS: Joel and I were acquaintances, but I didn’t know him overly well no. I had read his various works, and had a feel for his voice as an artist. I think having him on set was only a benefit. It was great for Percy, for obvious reasons, but it was great for the crew as well. He had a positive energy about him the whole time, and is an interesting guy in general. His insights are very astute and he typically has opinions on things. Which sounds like a very basic thing, but is often not the case.

DT: Depending on their presentation, the locations in CAST NO SHADOW can be either serene and beautiful, or dark and forboding. When developing the look of the film with (cinematographer) Scott McClellan, what were some of your visual reference points? Were there other films you were looking to for inspiration?

CS: We knew we wanted the cinematic language of the film to be very classical/ timeless. At the same time we weren’t aiming to do any sort of retro or throwback style. We just wanted to keep it simple. Painterly, I s’pose you could say. Where actors enter and exit the frame, without the camera ever moving. I don’t think we moved the camera at all in the film — perhaps a handful of times, otherwise it was static. Scott and I work together frequently so we’ve developed a style over the years where we both bring various ideas and influences to the table, whether its painting, film, photography. We’ll carve out a period of time where we comb over this stuff in detail and throw ideas around the room to see what sticks and where the similarities are.

You take bits and pieces from everywhere.

DT: How important was it to tell this story in Newfoundland? While the basic beats of the story feel universal — I could certainly see specific elements in my own childhood growing up on the island — was there ever a suggestion while developing the project to try and change the setting?

CS: It’s integral that all elements of the film are driving towards the same end. Actors, music, locations, etc. So seeing as how the film was written to take place in Newfoundland, in a world I knew very well, and Joel knew even better, it was clear from the outset that that’s where we’d shoot it. We never discussed shooting anywhere else. It was/ is our goal to accurately represent the world and the people we know and to be true to this particular story without over-analyzing how that’s gonna be interpreted after the fact.

DT: One of the advantages of focusing on a fairly remote Newfoundland community was that there’s a notable lack of technology pinning down the film’s time period. Was there an intentional effort to avoid elements that could connect the events to a specific year/decade?

CS: For sure. We wanted the film to have a timeless and somewhat fairy tale quality to it. Not in a Del Toro kinda way, but more in a David Lean kinda way. And for me, this means setting the film in the mid-eighties or before. Granted, the mid-eighties can be very specifically dated on camera, but since I was a child during this period, that’s how I interpret it. So we were aiming for a period in and around that time, albeit very loosely. With a budget as small as ours, you get what you can, and you’re lucky you’re not thrown in jail. I won’t tell you what the production budget was, but it’s a testament to the skill of Production Designer Xavier Georges and his team that we’re talking about this in the first place.

DT: It must be so exciting to see the film getting theatrical screenings across Canada. Tell me about what the future holds for exhibition of the film, and how readers might be able to check it out in the future.

CS: The film is just entering it’s third week in theatres (in Newfoundland and Toronto), which has been amazing. I’ve been getting a lot of emails from friends who’ve been able to check it out on the big screen, so I’m pretty happy about that. Coming up the end of this month and into next, we’ll be playing on 18 screens in different cities around the country, so please keep your eyes open for a theatre near you. And then in July we’ll be releasing the film online on various platforms, including iTunes, etc., so people can check it out at home as well.

DT: What’s coming up next for you? Do you foresee making more stories set in and around Newfoundland, or are you looking to break away from projects set in the province?

CS: I’ve got a couple of projects coming up that I’m working on. One is set in Newfoundland and one is not. I don’t really think about the setting a whole lot, to be honest. It starts with the best story. And wherever that’s set… then ideally, that’s where we’ll shoot it. Having said that, I thoroughly enjoyed shooting this film in Newfoundland. The weather gods are fickle here, but they shone their light on us this go ’round. Gotta wonder if we should tempt fate with the next one.

DT: For readers who are interested in checking out your current and future work, what’s the best way to do so?

CS: I’m a luddite. I’m not on social media, and I don’t have a webpage, so there’s that. But we plan to post some of our shorts on the Cast No Shadow Facebook page in the coming weeks. Otherwise, I’d say Google me! Lord knows what you’ll find, but there’s not too many people out there with my name, so you should be okay.

DT: Finally, you’ve spent a number of years making critically acclaimed short films. What advice would you have for young or inexperienced directors looking to make their transition from short films to their first feature?

CS: Two people in a room. Shot in real time. With a twist.